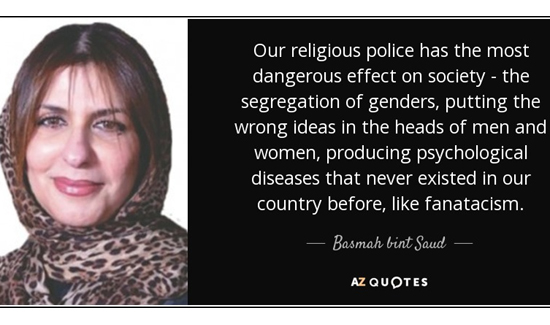 In some parts of the world, police officers and leaders report not to mayors, city managers, or governors but rather to “religious authorities.”

In Iran, these religious patrols are referred to as Gasht-e Ershad (Persian for “Guidance Patrols”); In Sudan, they’re simply called “Public Order Police.”

Basically, they drive around enforcing appearance directives regarding traditional Islamic dress, making sure boys and girls don’t talk to each other, and all the rest of it.

Most Americans think this is the kind of stuff that’s relegated to far away places few of us could pronounce or find on a map.

But that’s’ not quite right. There are indeed many fundamentalist religions in the U.S. too. Some of them, particularly in Utah and Colorado, even have their people running local police forces.

And while slapping a “In God we Trust!” sticker on a cruiser is a relatively harmless exercise in identity politics, it’s not that hard to see why combining religion and law enforcement scares the living crap out of some people—regardless of their religious beliefs, or lack thereof.

At any rate, according to FOX News, the Washington County Sheriff and the county attorney will testify before a federal judge later this month that the Colorado City Town Marshals Office should be disbanded.

“No one can serve two masters, for either he. will hate the one and love the other; or else.” – Matthew 6:24