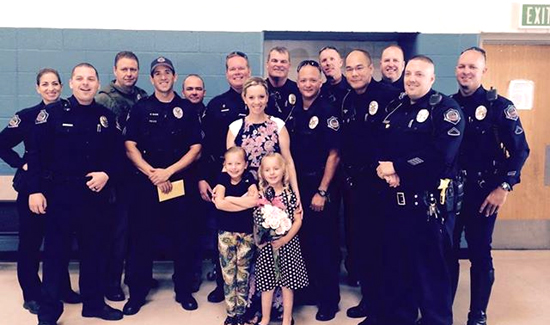 Being a parent is no easy gig. It takes character, sacrifice, and lots of love.

It’s hard work, but it can pay off huge for a parent as they fight back tears while attending their kid’s kindergarten graduation.

It’s moments like that which people remember for the rest of their lives.

But for Arizona police officer Shawn Prinkey, the timing couldn’t have been worse.

Prinkley’s currently overseas serving in the military, which means he had to miss out on daughter Sophia’s big day.

So, Prinkley’s colleagues decided that the only thing to do was help out and stand in for him during the ceremony.