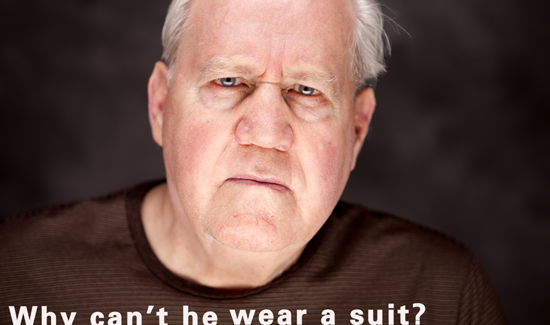 In the rough-and-tumble world of law enforcement, controversy is never a hard thing to find.

But ordinarily what a boss decides to wear to work doesn’t create the kind of backlash currently being experienced by the new head of the Pennsylvania State Police.

Col. Marcus Brown has served as a patrol officer, a SWAT commander and the second-in-command of the Baltimore police. He’s also led the Maryland Transportation Authority and the Maryland State Police.

But a group of retired state troopers has a big problem with Brown wearing a Pennsylvania trooper’s uniform.

In addition to the poor choice of attire (the uniform of the agency he’s running), many of the retired state troopers worry that Brown is a closet liberal with a gun-control agenda.

“The Pennsylvania State Police has a very strong history and tradition, and the uniform plays an important role in that,” Col. Brown said. “I wear the uniform to honor the troopers that are out fighting crime every single day.

But that’s apparently not appropriate for an outsider.

“It doesn’t have to be some big show,” Tom Stuckey, a retired trooper who lives in the Harrisburg area told reporters. “Just show up Monday morning in a suit and tie. Nobody’s going to expect him to sit there and kowtow to someone. He’s been selected by the governor.”

At any rate, this can be filed under “Stuff only law enforcement people could ever understand.”

I’ll have to agree with the article ‘wear a suit, dude’. Having served 30 years on 2 different departments I see it as an Honor to wear the department issue uniform, But that Honor Must be Earned. This is an affront to the Troopers who serve, served and to those who gave all. If the Governor wanted a uniform wearing Chief then a promotion from within would have been appropriate. Maryland is NOT Pennsylvania, and this appointment reeks of Politics. A Political Agenda cannot be Disguised in a Uniform.