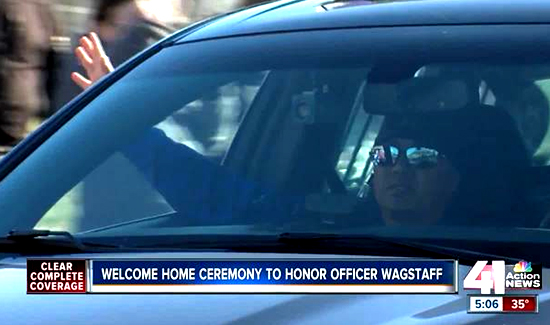 The Independence, Kansas police officer sustained a critical gunshot wound to the head as he responded to a robbery last March.

But after a lot of hard work at a rehab facility in Nebraska, Wagstaff recently was able to come home.

And what a homecoming it was.

The motorcade stopped for a a little while so that Wagstaff could offer his appreciation to the well-wishers and supporters.

“Thank you all for coming. It’s great to be back,” Wagstaff told them.

Check out the emotional homecoming here.