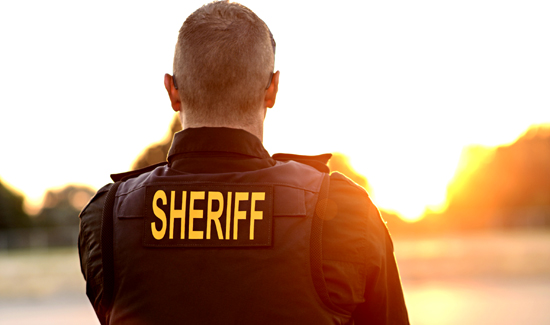 The trial of an Oklahoma sheriff’s volunteer who killed a man is set to ramp up soon, bringing more attention to the way law enforcement has come to rely on non-cops to get the job done.

One of the critical issues to be resolved in that case was whether the fact Bates was a financial supporter of the agency and a friend of the sheriff played a role in his training—or lack thereof.

In Chelsea, Oklahoma, there are also some tough questions to be answered about how people connected to the department get treated.

The entire force recently quit. The reason was all the interference by elected officials in the drunk-driving arrest of a local businessman.

Four full-time Chelsea police officers—including the police chief, assistant chief, captain and patrol officer, as well as two part-timers—walked off the job. That leaves seven officers on the police force. They are all reserves.

The resignations came shortly after a May 12 vote by the Chelsea Town Board to keep Kenny Weast as town administrator after he was accused by police officers of intervening in a traffic stop.

According to Tulsa World, Brian Haggard owns a local construction company. He was stopped and charged with a misdemeanor count of driving under the influence.

The business owner had a blood-alcohol level of 0.106, although he claimed he’d had only two beers. Weast was on the scene in a flash.

He and Haggard asked officers to allow the town administrator to drive him and two passengers home and cover up the incident.

“If you would give me a free pass tonight, I would sure appreciate it,” Haggard told the officer in an exchange caught on a cruiser camera video.

Assistant Police Chief Travis Hogan said Weast and other influential political leaders, including the police commissioner, called and tried to muscle the agency into dropping the charges.

“We live in a good ol’ boy system here in this town,” said Hogan, who resigned. Another officer said as much in his resignation letter.

“Our department has been under increasing pressure, not to enforce the law, but to play politics and let a few certain people break the law,” said Larry Copeland.

It’s not a great lesson for young people that want to get into law enforcement.

It’s a tough job, but it’s downright impossible when the right connections prevent cops from arresting the “wrong” people.

Bravo to theses officers! Now, if there is a Prosecutor somewhere up the line with guts, the whole bunch of politcos could be on their way to jail and/or without a job.