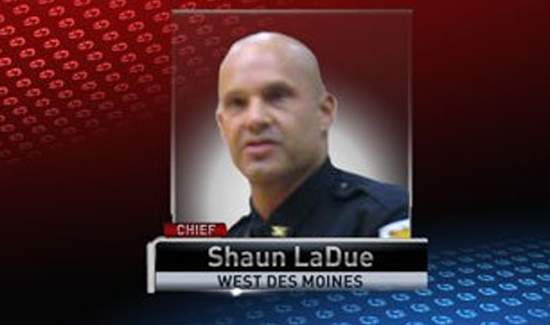 Dianna Leete worked for former West Des Moines, Iowa, Police Chief Shaun LaDue, who was forced to resign Sunday at the request of city leaders following a series of lawsuits, for three years.

“He was a very fair man, I enjoyed working for him,” said Leete, a former West Des Moines Police Department Administrative Assistant. “I learned a lot of things. He challenged me.”

Leete says she’d work for LaDue again in a heartbeat and is sickened by the allegations being made about him.

Leete says the work environment at the West Des Moines Police Department was the most hostile she’d ever worked in and blames that on the “small group of extremely nasty women that believe they run the department and are being allowed to get away with their actions.”

“If you didn’t fit into their group, they’re mean ladies, mean women,” said Leete. “They’re mean. I’ve never seen anything like it.”