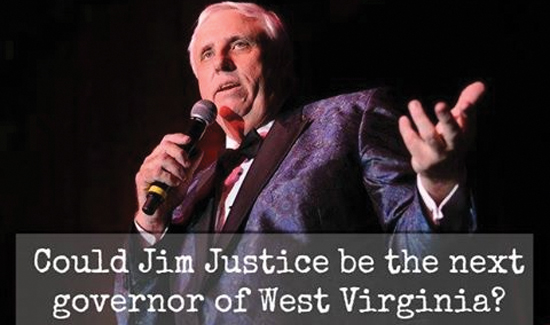 Most people get a little nervous when they get pulled over by a police officer for speeding.

Sometimes what should be a simple exchange turns into a problem.

These problem stops sometimes involve cop watchers, sovereign citizens, or other types who can be a real pain in the ass for cops trying to keep people safe by enforcing the rules of the road.

Other times they involve very wealthy and politically connected individuals, who can make life hell for a working man or woman in uniform with just one phone call.

If you want to run for office in the U.S., it’s a good idea to be super-rich.

Same goes for folks who would rather not be bothered by lowly police officers enforcing laws that they perceive are for the “little people.”

Now this billionaire coal mine owner and would-be governor didn’t kill anyone by drinking or driving, like some other famous cases involving the .00001 percent.

And he certainly didn’t rape one of his extremely young children, like another famous case of the super-rich getting a pass for serious crimes.

Jim Justice, a Democrat running for governor in West Virginia, is a billionaire.

His attitude, evident from the dash cam footage, is evidence that the law does not apply equally to one and all.

They don’t tell kids coming out of the academy, “if you stop a rich politician for exceeding the speed limit, not only is the ticket gonna be squashed, you’re probably going to be looking over your shoulder for the payback you know is coming for quite some time.”

Here’s why income inequality matters for law enforcement professionals: imagine if this guy was a young kid with a big mouth telling the cop he is a “total lunatic” and that he’s gonna call the boss.