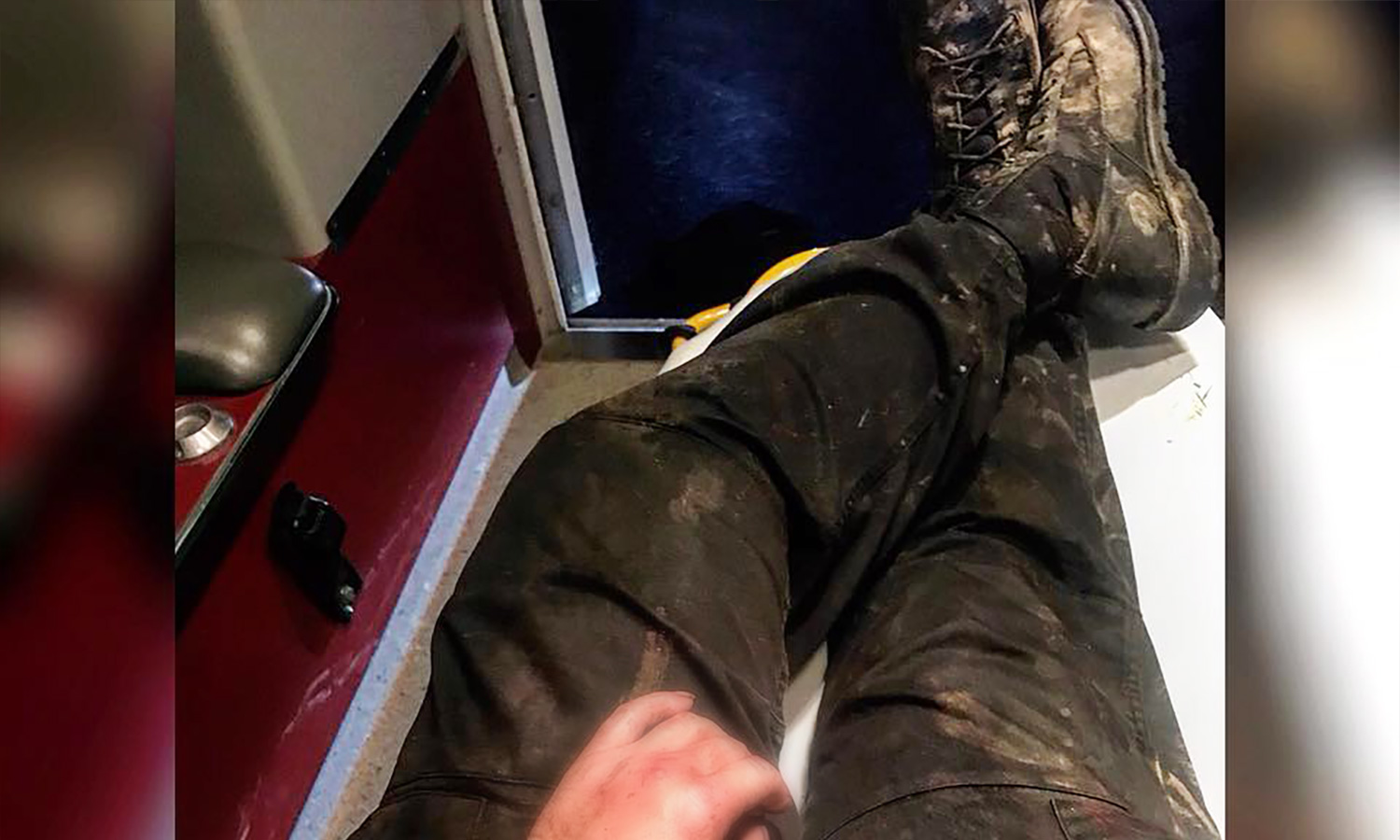 BETHANY, W. Va. – A West Virginia sheriff’s deputy is going viral for her raw and honest Facebook post following a fight with a suspect early Friday morning. In her post she says it serves as an eye-opener for law enforcement as well as the people who law enforcement protects.

K9 Deputy Kristen Richmond recounted details about a call she responded to at Bethany College in Bethany, West Virginia.

According to the sheriff’s office, deputies responded to a report of a man throwing things out of a third floor dorm window. That man, later identified as 21-year-old Brandon Lamar Jackson of Georgia, was also reported to be bleeding.

Deputies made contact with Jackson who appeared to be on drugs and hallucinating.

After Jackson was told he was under arrest, he began fighting with Deputy Richmond.

“Early this morning I found myself in a full-out fight with a 5’11, 195lb collegiate male athlete who was gooned up on an unknown drug,” Deputy Richmond wrote in her post. “During said altercation, my glasses were shattered and knocked off my face, none of my radio transmissions got out, and a ton of equipment was stripped from my vest and duty belt. I managed to stay in the fight and maintain some control despite exchanging punches and knees with the subject. ”

Deputy Richmond writes that despite deploying her K9 partner, who bit Jackson several times, the man would not stop fighting. Eventually backup arrived after about a five minute fight with the suspect, and they were able to take the man into custody. One of those deputies was also bit on the hand by Jackson.

“The following saying comes to mind: Sometimes I had a bad day means that I almost didn’t make it home,” Richmond wrote in her post Friday evening. She gives thanks for her partners who helped her during the fight, and says her training made it so she didn’t “freak out” and kept a level head during the altercation, an altercation that she says, could have ended very differently.

“My guys found me and my K9 engaged. If it wasn’t for them intervening when they did the outcome probably would have been much worse. I am so thankful for them! They are literally the best partners I could ask for.”

She says she made the post for three reasons. To remind those in law enforcement to train hard and bond with their partners, and to remind those who are not in uniform that officers and deputies go through on a daily basis.

“No, we don’t get into fights like these everyday but they do happen … along with situations that are far worse. Please take a few moments to consider everything that we go through before jumping to conclusions based off slanted media and facts,” Deputy Richmond writes. “At the end of the day, we are exactly like all of you “normal” people. We just want to go home after work.”

Richmond was treated at the hospital for a broken nose along with other bumps and bruises from the fight. Jackson was taken to the hospital due to his behavior and injuries.

WTRF reports the incident remains under investigation and charges are pending.

You can read Deputy Richmond’s full account of the fight below. Be warned, the post does include some explicit language.