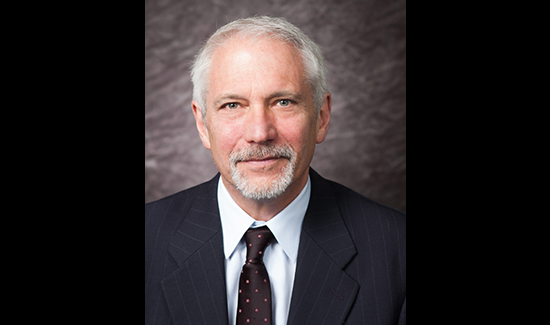 Police officers today know that public scrutiny of deadly force incidents is at an all-time high. It’s not just the ubiquity of video cameras and our national tendency to pile on. An officer who uses deadly force faces the possibility of termination from employment, criminal prosecution, a Department of Justice investigation, a civil lawsuit, and the loss of police certification. Perhaps most importantly, and what is driving young men and women away from careers in policing, is that the degree and pitch of public judgment of officers has become fevered beyond rationality.

To understand police unions, one must first understand what it is like to be a police officer in today’s environment. Most of the time, officers are handling routine calls or are patrolling our neighborhoods.

But then there are those moments where we ask them to make impossibly difficult decisions with impossibly momentous consequences, and to do so in fraction of a second. Those decisions may have to be made when the officer is alone, in the middle of the night, and in a difficult environment.

Is there probable cause to make an arrest and deprive a citizen of his liberty?

What amount of force is necessary to stop a suspect who is resisting arrest, a suspect who may be much bigger and stronger than the officer and who is winning the fight?

Is the gun that is being quickly raised to point at the officer a real firearm or just a very, very good replica?

We also ask our officers to make these judgments in the most highly-armed society in the world. Conservative estimates are that there are more than 300 million privately-owned guns in the United States, a figure that has not only doubled since 1968 but which is rising by at least 10 million guns per year. Our gun homicide rate is by far the highest in the developed world. If our police officers want to go home at night, they need to take seriously the possibility that any suspect is armed.

We also know much more now about the science of officer-involved shootings. It takes an individual six-tenths of a second to raise and fire a gun. Because of the ways our bodies work, it takes even the best trained police officer eight-tenths of a second to even mentally process what is occurring.

In other words, the science tells us that a suspect can draw a weapon and shoot and kill an officer before the officer can even draw her weapon. In those fractions of a second, we expect our officers to take into account visual and other perceptions, make an assessment of the situation, consider alternatives to deadly force, plan some sort of response, and put that response into motion.

Police officers today know that public scrutiny of deadly force incidents is at an all-time high. It’s not just the ubiquity of video cameras and our national tendency to pile on. An officer who uses deadly force faces the possibility of termination from employment, criminal prosecution, a Department of Justice investigation, a civil lawsuit, and the loss of police certification.

Perhaps most importantly, and what is driving young men and women away from careers in policing, is that the degree and pitch of public judgment of officers has become fevered beyond rationality.

We’ve all become experts on whether an officer’s use of deadly force was correct. Never mind that even when we have full access to the facts, we choose not to avail ourselves of the information, and instead do our shouting based on inaccurate media reports.

For example, how many people still believe that Michael Brown was running away from Darren Wilson when he was shot despite the fact that the Department of Justice concluded that the forensic evidence proves precisely the opposite?

It is against that backdrop that an inaccurate narrative has been circulating in some quarters about police unions. The narrative poses police unions as recalcitrant Luddites, blindly resisting reform and making sure that even the worst cops are forever employed.

In fact, police unions exist for two basic reasons: to negotiate better wages and benefits for their members, and to insist that police disciplinary processes be fair. There’s nothing antithetical about either of these to good government. In fact, both should be essential aspects of good government.

Contrary to the narrative, police unions don’t exist to protect bad cops. They exist to protect good cops from bad decision-making by those who judge them. What police unions want is that there be a fair process in place for administering administrative discipline. They want to see that there is just cause for discipline, that any penalty is appropriate under the circumstances, and that there be a neutral third-party to whom an appeal can be made where all of the facts can be dispassionately considered.

There are over 800,000 police officers in this country. As with any population of 800,000, there will inevitably be individuals who will make mistakes on the job, and some who should never have been hired in the first place.

While the rigorous pre-hire screening police departments use for applicants reduces these risks, they can never be eliminated. When the inevitable happens—when an officer violates his department’s rules or the rights of an individual—what police unions want is a fair process in place to judge the officer.

Also contrary to the narrative, police unions have not stood as unyielding impediments to reform. In fact, police unions have been part and parcel of some very real changes in the delivery of police services. Police unions have helped shape policies that provide alternatives to the use of deadly force, alternatives such as the use of crisis intervention strategies and the introduction of technologies. Some form of civilian oversight now exists in the majority of large cities in the country, and all of it has been implemented since the advent of collective bargaining for police.

What police unions want is to be involved in the discussion. No better example can be found than in cases where police unions have successfully intervened when the Department of Justice has sought changes in police practices. In every one of those cases, including such major cities as Los Angeles and Portland, the litigation ended with police unions voluntarily agreeing to a consent decree.

None of this is to say that we should not scrutinize the behavior of our police. We must do so, rigorously and carefully, as an important element of a free society. But when we consider fundamental changes in policing, we must take care to involve and not exclude those who represent the police.

As a practicing lawyer in Portland, Oregon, for 36 years, representing police unions and officers, Will Aitichison has been involved in thousands of police disciplinary cases,  tried hundreds of police arbitrations, and responded to hundreds of officer-involved shootings. He is also the director of Labor Relations Information System, has published eight books on public safety labor relations, including The Rights of Law Enforcement Officers, and writes the monthly newsletter Public Safety Labor News.

Police do a great job and it never has been easy for them. NOW, it is almost impossible with this morally corrupt GODLESS society we live in. There is NO fear or respect for authority, only disdain. The officers, 99% of which are excellent, have no backup because of Communists like Di Blasio or racebaiters like Sharpton on the little prosecuter Incognegro Marilyn who should herself be imprisoned. I appreciate the job the police attempt to do and do understand why we will NOT have enough of them in the future. WAKE UP, MERICA!!

WELL SAID! VERY VERY WELL SAID~ALL OF IT PLUS THE COMMENT!

Best explanation I have yet encountered. Hope the public & media understand and react to it too.

Thank you for your thoughtful comments. Your books and seminars are always spot on!

Well said! There are two government officials I respect the most, one is firefighter, and the other one is policemen even I got tickets from them before, but for god sake they are the ones that take both life risks and career risks to keep criminals off the streets!

Mmmmm, police work is a stressful job, at times be dangerous. Don’t make excuses, they chose this job no one twisted your arm. Like a Soldier going to Iraq and loosing a limb and then blaming others for it, no you volunteered so you knew what you were stepping into. We need police officer that up hold the law with integrity, selfless-serfice, respect, and courage, though most police officer are but they all don’t. The ones that don’t l I very by this out weigh the ones that do.