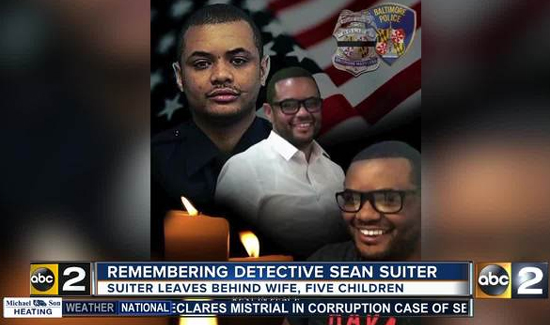 In Baltimore, a police detective named Sean Suiter was recently murdered while conducting a homicide investigation. The details and the timeline are here.

For whatever reason, Baltimore Police Commissioner Kevin Davis wanted the FBI to take over the investigation entirely.

But so far the FBI, for whatever reason, does not seem interested in taking on that responsibility.

It’s clear that the FBI has a lot on its plate right now but usually when local law enforcement agencies ask for federal help investigating the murder of a police officer the feds come running.

But according to the Baltimore Sun: “The Federal Bureau of Investigation declined to comment Monday on the request letter that Davis sent to FBI Director Christopher Wray on Friday, and said any response “will be made directly to” Davis. T.J. Smith, a police spokesman, said Monday that no response had been received.”