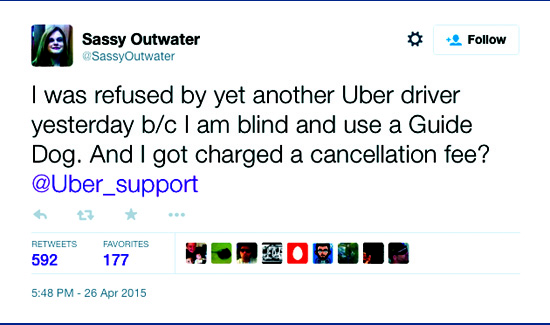 Matt Lavin had just arrived in Charlottesville, Va., for a business trip when he started feeling sick.

By the time he got to his hotel around 11 p.m., he felt excruciating pain.

“I didn’t know what was happening, but I knew something wasn’t right,” said Lavin, an attorney who lived in Washington D.C. at the time but is also the medical director for a Florida-based chain of addiction recovery centers. He had good insurance through his employer, but still second-guessed calling an ambulance for help.

“My deductible was like $5,000 or something like that. And it was the beginning of the year. I didn’t know how much the ambulance was going to cost me, and I’m away from home in this hotel,” Lavin said.

So he requested a ride on Uber.

The driver arrived in just three minutes, helped him into the car and sped to the hospital, with Lavin keeled over from intense pain his abdomen.

Later Lavin, 48, would find out his appendix burst. He ended up having emergency surgery that night. But Lavin says he saved himself thousands of dollars by choosing Uber, the ride-sharing company that connects passengers with taxi-like independent drivers through a smartphone app, instead of calling 911.

“I knew they would be fast,” Lavin said of Uber. “But I think (the driver) was pretty freaked out. I was in a lot of pain and I had to lie down. He was new to Charlottesville and didn’t know where the hospital was. If I’d taken an ambulance, I would have gotten a bed right away. Instead I had to walk in and wait like anyone else. But I think I paid $20, which is much better than the $5,000 I paid the one time I was in a car accident.”