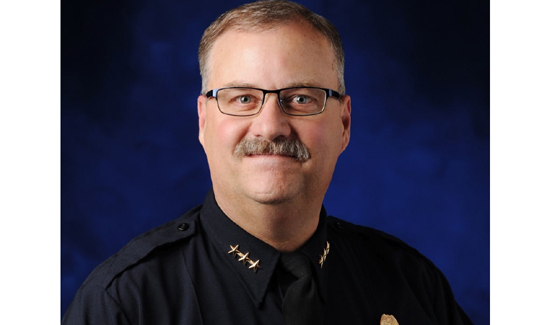 If you’re big thing is illegal immigration, and you’re a congress-critter, you might not want to invote the police chief to testify because he’s going testify about the fact that immigrants are afraid to call police, this stuff kills trust between LE and communities and other problematic issues.

But if you invite the head of the local police union you’ll probably get what you need.

The US Supreme Court is very likely about to destroy what remains of organized labor (public sector,) with the backing of the nation’s largest police union.

At any rate Nick Rogers, president of the Denver Police Protective Association is testifying on immigration issues after being invited by by U.S. Rep. Ken Buck, R-Colorado. Rogers is the one with stache and the ponytail.

“This ordinance has created, in my opinion, a city that is much less safe than it was prior to this ordinance,” the prepared remarks said.

There was no data to back up the assertion.

Denver Police Chief Matt Murray (below) who was not invited for obvious reasons, has the opposite opinion. “Our job is to prosecute criminals, not deal with a person’s civil status in this country. We respect that ICE has that job and they do that job. We don’t inhibit them from doing their job. We just don’t participate,” Murray said. “I would also tell you this debate loses sight of the fact we don’t enforce FAA regulations, either. We don’t enforce USDA inspections on cattle. We don’t enforce any federal law. We’re a municipal police agency.”