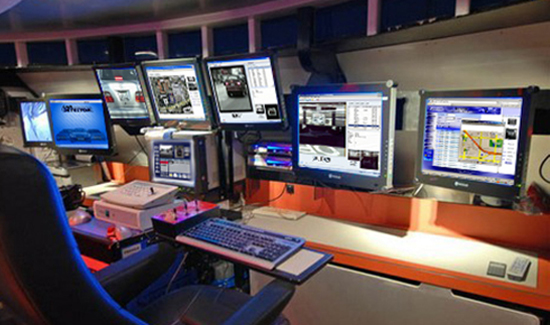 Vigilant Solutions is calling on agencies to bring their cases to IACP in San Diego.

Headlining the company’s activities at Booth 2039, Vigilant Solutions showcases the company’s legacy of commitment to equipping agencies with industry-leading technology and analytics that develop leads and help solve crimes at this year’s International Association of Chiefs of Police (IACP) conference in San Diego. This year, Vigilant invites agencies to bring their open cases and let their team of retired law enforcement help them to develop leads using license plate recognition (LPR), analytics and facial recognition. As part of this effort, Vigilant is emphasizing the notion that agencies fully benefit their community with the LPR data they generate. Vigilant operates on the premise that agencies should utilize all the investigative value of their LPR data by use of advanced analytical software and data sharing. This is why Vigilant is offering to migrate any LPR data and will waive any and all hosting fees, as well as fees to the LEARN Basic Analytics suite for any law enforcement agency (LEA) signing up by April 30, 2017 that wishes to contribute their existing LPR data for the sole, exclusive use of Law Enforcement and Public Safety agencies.

Vigilant will also be honoring an agency with the “Best In Force” award recognizing outstanding use of the company’s investigative platform built upon LPR and facial recognition technology to solve crimes. The award includes a $5,000 donation to the agency’s fallen officer fund and will be announced on Monday, October 17, at 1530 hours in Booth 2039. Annually, Vigilant plans to award an agency that displays outstanding use of Vigilant’s LPR and/or facial recognition technology to help solve crimes and protect communities.

“At this year’s IACP, we are very excited to recognize and honor an agency with the ‘Best In Force’ award. When lives are on the line, there are agencies that recognize you not only need the best solutions at your fingertips, but you also need the best policies, procedures and training in place to enhance officer safety and solve crimes. We want all agencies to realize Vigilant’s crime solving power and that’s why we invite agencies to bring us their cases and why we are offering to migrate their LPR data at no charge.” said Shawn Smith, Founder and President of Vigilant Solutions.

As part of delivering crime solving analytics, Vigilant is previewing the new Avenger HD camera, the game changer the industry has long desired, powered by an industry leading dual compute board platform together with machine vision imagers and the highest quality lenses enabling a wider field of view (FoV) to capture multiple lanes of license plate images in both United States and international installations. The Avenger’s unique compute platform will enable even more advanced analytics for Vigilant’s investigative platform that are soon to be revealed. This dual purpose camera provides an ONVIF compliant video feed that can be used with any existing video management system from traffic management to local operations. Vigilant continues to provide the easiest installation option with a single power over Ethernet (PoE) cable from the vehicle to the camera. The Avenger can be mounted on walls, poles or mobile vehicle applications. At the booth, the Avenger camera will be installed on a motorcycle demonstrating new mounting hardware that enables agencies to extend LPR to their motorcycle fleets. Finally, the Avenger is made in the United States ensuring the highest standards of quality in sharp contrast to issues witnessed by many United States public safety agencies who have struggled with poorly supported systems distributed by foreign opportunists.

Vigilant takes pride in working with law enforcement officials around the globe and invites attendees to stop by the booth to share their reasons for joining the force by signing the “Why I Wear the Badge” wall of honor. This wall will be on display throughout IACP and will show the many reasons that attendees are called to serve and protect.