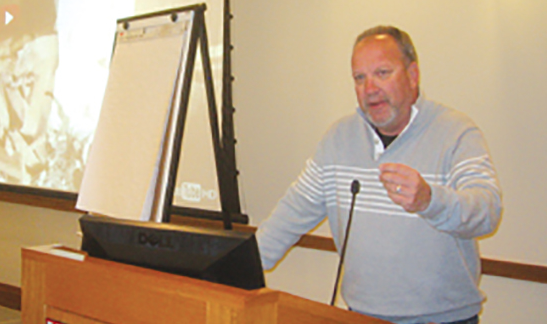 San Francisco cops need your help; writing a letter of support would be best.

Gary writes: “Since that time he has become an anti-law enforcement zealot driving a wedge between our officers and the District Attorney’s office, attacking our current chief every chance he gets, and becoming such a liberal advocate that he is actually being endorsed by our public defender, Jeff Adachi, who is the most anti-police public defender in the country. Google him if you don’t believe me.

“To top it off, Gascon authored Proposition 47, which was opposed by every chief of police and district attorney in the state of California. It passed, and ‘quality of life crime’ has spiked over 40% in San Francisco as a result.

“In response to criticism on Prop. 47, he established a task force to investigate ‘systemic’ racism in the San Francisco PD to take the heat off his own performance. He then attempted to get another $400,000 from the general fund to expand the investigation and the Mayor turned him down. He has gotten in bed with every left wing lunatic in San Francisco and has alienated a moderate Mayor and a majority of the Board of Supervisors who are supportive of our department.

“Two of our strongest supporters on the Board of Supervisors continue to be the two African American women who oppose Gascon’s policies because it is killing their districts. My letter to the committee is below. If any of you could write a letter of support it would be much appreciated. You can email me the letter directly at gdelagnes@sfpoa.org. Thanks in advance for your help.”

I am retired San Francisco Police Inspector Gary Delagnes. I spent 35 years with the SFPD and the last ten of those years I also served the elected president of the San Francisco Police Officers Association. I am a well-respected member of the law enforcement community and the police labor arena. I consider myself friends with many of the members of your committee, to whom I am compelled to send this letter.

In 2009, George Gascon was appointed Chief of Police of the City and County of San Francisco. I was disappointed that the selection was not made from within our ranks. Nonetheless, as POA President, I made every effort to work with him to resolve many issues.

On January 9th, 2011, after only 16 months as chief, he was inexplicably appointed San Francisco District Attorney to fill the position vacated by Kamala Harris. The move was entirely political and I suddenly realized that Mr. Gascon had never committed himself to the top job in San Francisco PD. In that sense, it was demoralizing and disrespectful.

As chief, Gascon was an aggressive enforcer of “quality of life” crimes. However, DA Gascon reversed his view and became an outspoken critic of wasting valuable police time and resources on so-called non-violent, “victimless” crimes. Accordingly, he co-authored State Proposition 47, which not only released from jails and prisons thousands of criminals but also reclassified many felonies as misdemeanors.

As expected, San Francisco’s streets have been flooded with drug dealers and recidivist criminals. Car thefts, robberies, burglaries, and drug dealing have skyrocketed. Prosecutions have diminished and the prison population in San Francisco is at an all time low.

Now, in an unabashed political maneuver designed to garnish as much media attention as possible as he runs for re-election, DA Gascon has formed a committee to investigate “systemic” racism in the our department. Mr. Gascon claims systematic racism exists in the department; yet he knows that our department is one of the most diverse, racially-sensitive, community-involved police departments in the United States. He is simply pandering to the media in an effort to increase his election prospects.

San Francisco officers are overseen by more redundant layers of oversight than perhaps any other. Yet, in 2014, with over 1 million reported police/public contacts, the Office of Citizen Complaints sustained only 58 of those complaints. That is approximately 1 sustained complaint for every 15,000 contacts. That is hardly evidence supporting systematic or endemic racism.

In a final “slap in the face” to our officers, Gascon has recently teamed up with arguably the most liberal public defender in the United States, Jeff Adachi, who is a daily critic of our officers. He has received the support of Mr. Adachi for his re-election. Mr. Gascon and Mr. Adachi even went so far as to host a fundraising event.

DA George Gascon is a politically-ambitious, anti-police advocate who has no place in the debate over police policies and practices because his positions are not based on principle but on his own political prospects. In short, he has sold out the officers who formerly worked for him to support his own political ambition.

I provided copies of this letter to the leaders of the 50 largest police unions in North America. If the National Institute of Justice and Harvard Univeristy wishes to maintain any credibility with law enforcement agencies throughout the country, they would be well served to eliminate Mr. Gascon from the debate.

Gascon was once a car salesman. That explains it. Switch and bait tactics!!!

I would like to help out on this cause. I have lived in San Francisco for over 20 years and have seen the increase in pot-smoking street people, and hostile “acting out” people on MUNI. I am disabled and do not drive a car. What can I do to help in terms of writing a letter? I don’t know any statistics or even if they would take a letter from a private citizen seriously.