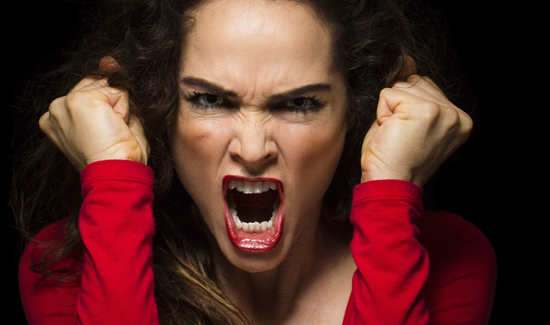 He picked the wrong mom.

In Dallas recently, a high-speed police chase ended with an enraged mother and her boyfriend subduing a carjacking suspect that had rammed into them.

Aerial video of the crash in North Dallas shows Jessica Liesmann jumping out of her car and tackling Artrai Alexander, 40, who was attempting to flee the scene on foot.

Charles Cook, Liesmann’s boyfriend, said everyone was shaken up by the incident but no one was injured.

“We confronted him just because, when he opened the car doors his argument was ‘let me go, let me go,'” he told the Daily News. “There wasn’t any police anywhere at the time. So we were, like, ‘no, you’re going to stay here and face what you’ve done.'”

Because of all the adrenaline, the couple says they didn’t even realize until later that Alexander armed with a gun, Dallas police later said.

That weapon was recovered inside of the stolen vehicle the suspect was driving.