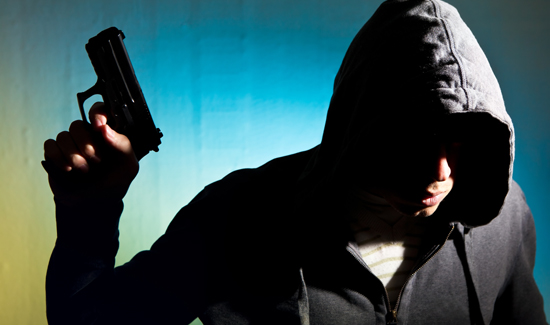 There was an infamous case a few years back where a Tulsa, Oklahoma A jury found a sheriff’s deputy . Robert Bates guilty of second-degree manslaughter in the fatal shooting of an unarmed suspect.

It’s unclear if this seemingly troubled individual works for the same agency.

What is clear is there are some problems with vetting, training and monitoring police volunteers whether they’re “reserves” “special officers” or any of the other labels we’ve come up with to describe someone with a badge and a gun who is not a certified peace officer but might have full powers of arrest.

Here’s another guy that claimed to be a cop after he used his personal vehicle to ram a gas station in attempted smash and grab robbery of an ATM machine in Louisiana.

He told the actual police officers he was a cop. And it turns out he was employed at one point by a law enforcement agency nearby. The idea that this guy was hired by a law enforcement agency is quite frankly terrifying. Hopefully he was a legacy hire- the son of a campaign contributor or something. He said he was trying to rob the joint because of Muslims- or something.