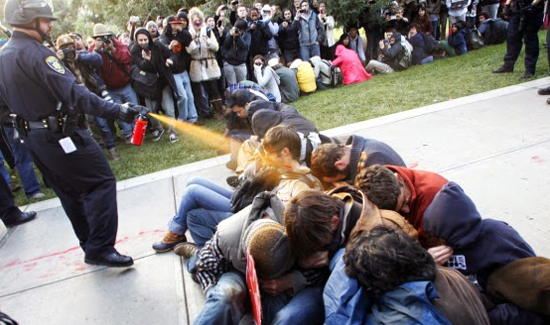 According to a recent article published in the Washington Post, many law enforcement leaders and elected officials feel that crime is on the rise—despite the FBI’s contention that it’s not—largely because cops are so terrified about the prospect of winding up in a viral video, they’re not bothering to police.

“We have allowed our police department to get fetal and it is having a direct consequence,” Chicago Mayor Rahm Emanuel said recently. “They have pulled back from the ability to interdict … they don’t want to be a news story themselves, they don’t want their career ended early, and it’s having an impact.”

NYPD Commissioner Bill Bratton is a fierce proponent of what some are describing as the “YouTube effect,” and the war on cops as well.

According to the Post: “New York City Police Commissioner William Bratton called it the ‘YouTube effect’ that has emerged for officers post-Ferguson and, in New York, after the death of Eric Garner last year after he was put in a chokehold by an officer.

Bratton told the gathering that he thought the malaise among New York City officers would have worsened if it wasn’t for the execution-style killing of two officers last December.

“Marchers in New York, marchers in my city were chanting, ‘what do we want, dead cops, when do we want them, now.’ Well, they got them, two dead cops in December. The legacy of those two officers deaths’ have slowed down the momentum of what was started before it reached tidal wave proportions—really throwing the scales of justice out of balance,” he said.

“The challenge going forward,” Bratton said, “is to keep it in balance so that our officers feel that as we ask them to go forward that if they, in fact, do the right thing, we will be supportive.”