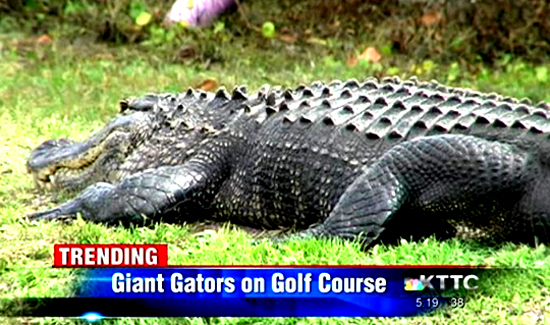 In the 1995 film “12 Monkeys,” a convict is sent back in time to gather information about a man-made virus that wiped out most of the human population on the planet.

There’s a scene at the end of the movie where eco-activists set the animals in a zoo free, and they run wild all over town.

Due to some incredibly heavy rainfall in Georgia (the country, not the state) recently, similar scenarios of escaped animals being out and about where they shouldn’t be were witnessed.

Some of the photos and footage are so incredible—yup, that’s an alligator swimming in traffic!—they have to be seen to be believed.