Will Jimeno lie in a hospital bed in 2001, never thinking his new police career was coming to an end. Being a police officer was in Jimeno’s plans from childhood. There is a saying, “If you want to hear God laugh, tell him your plans.” It could be said that Jimeno gave God a good laugh. His story is harrowing, his life an inspiration, his plans derailed.

Jimeno was two years old when he and his family immigrated to the United States from Colombia. “Nunca te rindas,” translated “never give up,” were his mother’s words of encouragement to help Jimeno navigate his new American life. It wasn’t easy being considered different by other children and trying to fit in, but he always had his mother’s words to guide him. Those words helped Jimeno fulfill a dream. Even though life has a way of disrupting one’s plans, a mother’s words remain true.

Jimeno’s plans were crushed on September 11, 2001, when he, then a rookie Port Authority cop with 13 months on the job, responded with Sergeant John McLoughlin and Officers Dominick Pezzulo and Antonio Rodrigues in a commandeered bus to the World Trade Center from his Midtown Command. What Jimeno saw he could only describe as Armageddon with the north tower’s upper reaches burning in a fuel-fed inferno and the unimaginable sight of people jumping to their deaths. Many plans were destroyed that day.

Chaos reigned; they tried to make sense of what was happening while desperately working on getting people out of the doomed towers. The four officers were joined by Officer Christopher Amoroso, who was already injured from falling debris while rescuing people. A famous and powerful photograph by Todd Maisel of the New York Daily News shows Amoroso with facial injuries rescuing a woman before he went back into the towers to save more lives. Jimeno recalls other Port Authority cops, like classmate Walwyn Stuart, who just evacuated the WTC PATH Station beneath the complex. After Stuart evacuated all from the station, he ordered an incoming PATH train to return to New Jersey, saving approximately 1,500 more lives. Stuart fist-bumped Jimeno and went on to rescue many more. Jimeno also ran into Officer Bruce Reynolds, some 14 years senior to Jimeno, on the job. Reynolds told Jimeno, “You know what, kid, it is going to be a long day, but we are going to get a lot of people home.” Stuart and Reynolds were two of the 37 Port Authority cops killed that day.

The south tower began to collapse, “sounding like a thousand freight trains running over us, a huge fireball the size of my house was racing toward us,” Jimeno remembered. Sergeant McLoughlin yelled, “run, run toward the elevator!” Jimeno is amazed McLoughlin had the situational awareness and presence of mind to know the elevator shaft would be one of the tower’s remaining strengths. Jimeno is immensely thankful for McLoughlin’s leadership, “someone who knew what he was doing.”

The collapse of the south tower buried the five officers under tons of concrete and steel. McLoughlin, pinned and seriously injured, could not see the others through the darkness, flames and smoke as he yelled for his cops to sound off. Jimeno and Pezzulo answered up. However, Amoroso and Rodrigues did not. Jimeno was calling out for the two officers when Pezzulo said, “Willy, they’re in a better place.”

Pezzulo, who was originally face down in a pushup position and not trapped, went to work trying to free Jimeno when the north tower collapsed, inflicting him with mortal injuries. His final words were to Jimeno, “Willy, I’m dying, don’t forget I died trying to save you guys.” Pezzulo’s last act as a police officer was unholstering his gun, firing a single round into a hole that sunlight had penetrated in hopes someone would notice. Officer Dominick Pezzulo then lowered his head and died. Jimeno was frantically screaming, “Dom’s gone, Dom’s gone.” McLoughlin yelled, “Stay focused, stay focused!” 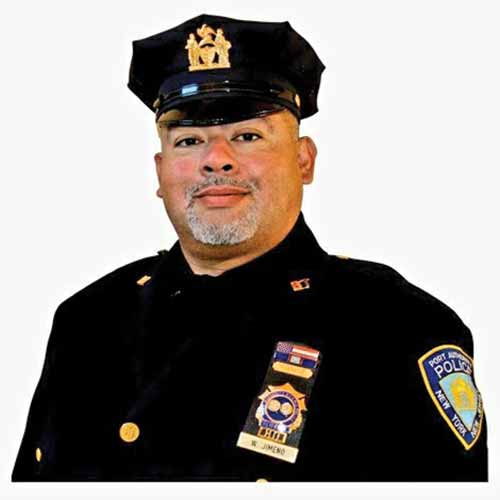 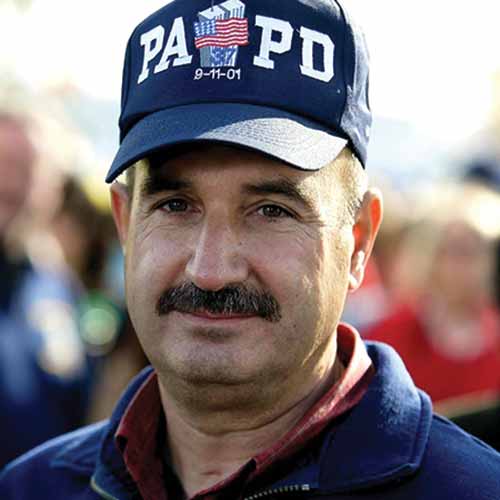 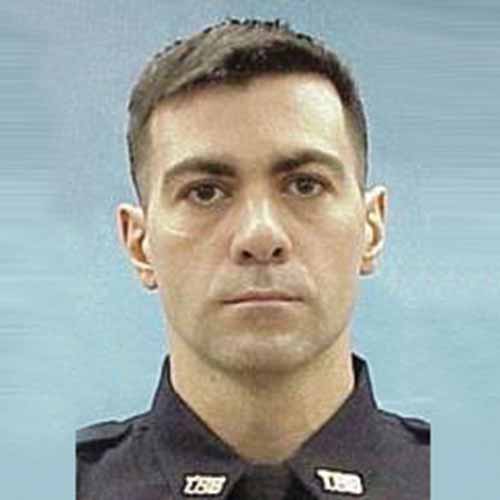 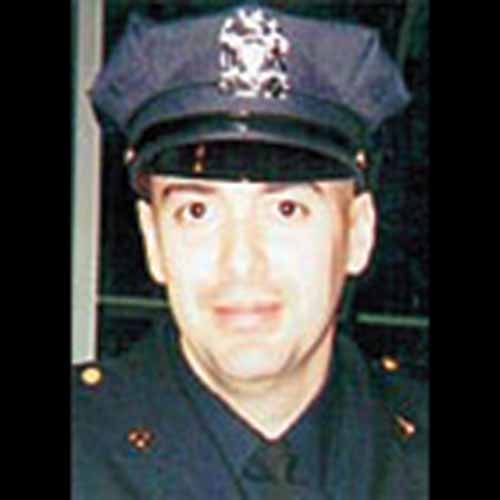 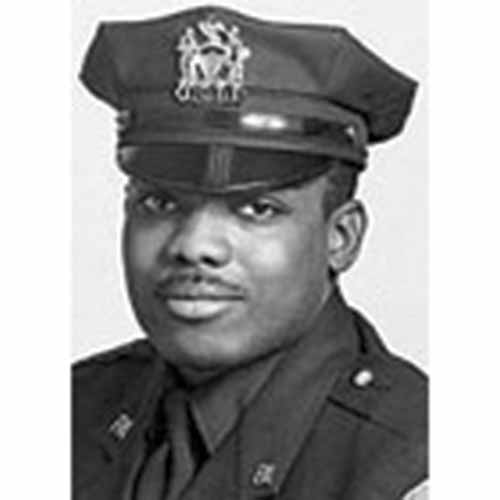 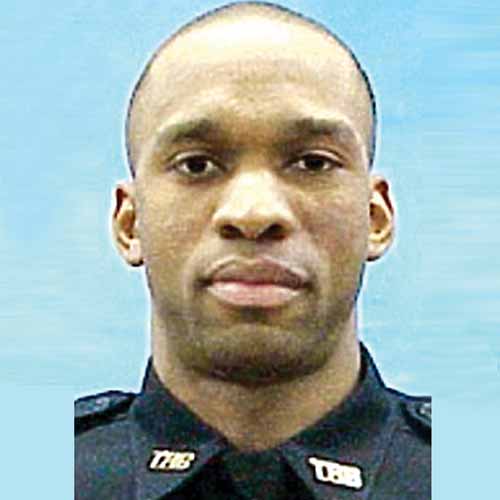 Jimeno was buried for 13 hours, McLoughlin, hours more. New York City Police Department Emergency Service Unit Officer Scott Strauss, one of those who risked their lives to save Jimeno and McLoughlin, said the space Jimeno was trapped in was no bigger than the space underneath a typical dining room chair. To make matters worse, one of Jimeno’s legs was pinned by an iron girder. Strauss, while describing what he faced, said, “Will was encased in rubble; it looked like he was poured out of a dump truck.”

After hours of removing debris with his fingers, Strauss realized Jimeno could not be moved because of his pinned leg. The thought of amputating Jimeno’s leg began to take on some reality. Above on the pile, as the site was called by first responders, an emergency room doctor was ready to instruct Strauss how to amputate a leg. United States Marine David Karnes, who first located Jimeno and McLoughlin, sent down his Marine KA-BAR knife. Strauss did not want to amputate Jimeno’s leg but knew he might need to in order to save McLoughlin. Jimeno understood the dire situation and begged Strauss to cut off his leg and save McLoughlin. Strauss, with help from his partners above who located a compact, battery-operated Jaws of Life, was able to move the girder just enough to free Jimeno’s leg.

Jimeno and McLoughlin both endured numerous surgeries and were eventually medically retired. Jimeno remembered visiting a state doctor a couple of years later asking when he can return to work. The doctor said, “You’re done. Your police officer days are over.” Jimeno was shocked. He planned on a long police career. Jimeno recalled the ride home as the longest drive of his life. He had to accept he would no longer be a cop, destroying his life-long plans. What he did not know was his future had plans for him as a public speaker and author.

Jimeno’s new life saw him focusing on his family. “I could be a good dad and a good husband,” he reasoned while reflecting on his loss. Understandably, Jimeno began to change, struggling with depression, anxiety and injuries manifesting in classic post-traumatic stress disorder. He recalled the day his daughter faced off with him about his anger. When Jimeno was buried, he made the decision to live. Now, he decided to accept his trauma and live a new life. Jimeno, a United States Navy veteran, knew the best plans only survive until the first shot is fired.

His final words were to Jimeno, “Willy, I’m dying, don’t forget I died trying to save you guys.”

One day in 2003, a neighbor asked Jimeno if he would speak to his child’s grammar school class. Jimeno agreed but had no idea how to talk to youngsters about his experience. Once in the classroom, Jimeno learned the children held many fears as a result of 9/11, such as a fear of getting on an airplane with their families. Jimeno found common ground and spoke of overcoming his fears and obstacles, pursuing his dreams, making new memories and living plans never imagined.

Jimeno’s talk with the children created word-of-mouth that had Jimeno in demand. Jimeno is blessed with a natural ability for public speaking. What began with the children led to Jimeno speaking to countless universities, law enforcement and first responder groups, and military units, among many others. Plans other than his began to design a new life.

In addition to Jimeno’s speaking appearances, he co-wrote two books; a children’s book titled, Immigrant, American, Survivor: A Little Boy Who Grew Up To Be All Three, available on bookseller sites. The book’s co-writer, Charles Ricciardi, illustrated Jimeno’s story.

In a second book, released in August 2021 and titled, Sunrise Through the Darkness: A Survivor’s Account of Learning To Live Again Beyond 9/11, Jimeno writes about surviving tragedy, the effects of post-traumatic stress disorder on those who have suffered trauma and their loved ones, and “nunca te rindas,” never giving up. Movie director Oliver Stone called Sunrise Through the Darkness, co-authored by Dr. Michael Moats, Psy.D., “A vivid, grueling, step-by-step return from the dead to the living … Will inspire you, especially those without hope and those who seek to help others in jeopardy.”

In his children’s book, Jimeno tells children how scared he was that day, “but his training taught him that courage is about not letting fear stop you.” He also writes of his thoughts while buried, those of his daughter, his wife and his second child, due to be born in a few months. With those thoughts in mind, “Will made a choice that all of us have the power to make. He chose to fight to live!”

Jimeno’s recovery was difficult, testing his very being, and, once again, he faced a choice. Jimeno decided to heal and walk again.

Jimeno’s enduring message is summed up in a passage from his children’s book: “Today, as we face new problems, we hold the same belief. No matter where we come from, we are all members of the same American family, standing by to help each other meet new challenges, united, with bravery and love.”