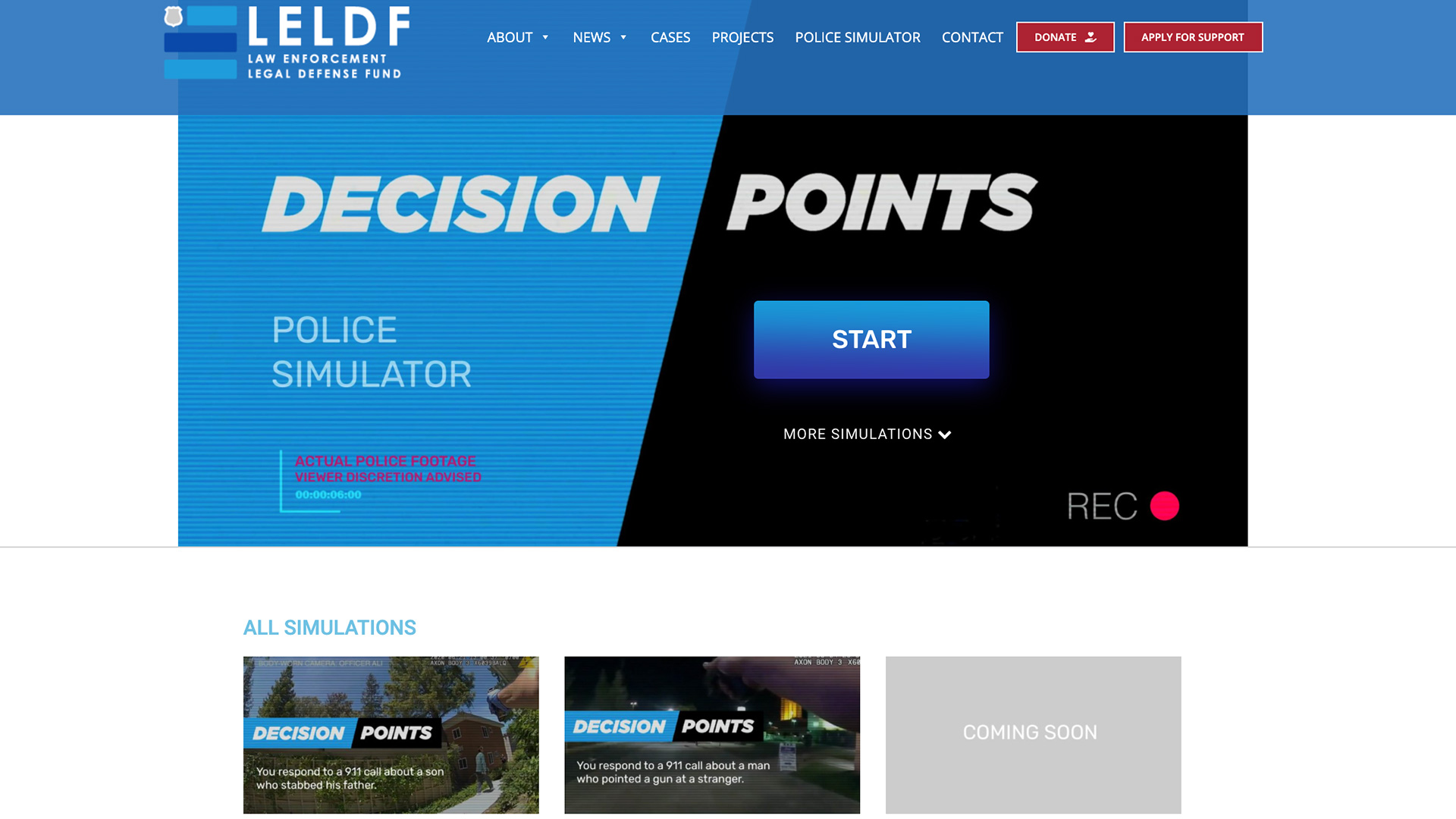 The website, called “Decision Points,” uses real-life police bodycam footage from use-of-force incidents, and pauses the footage around key points to offer the viewer several options on what action to take during a situation.

Depending on the viewer’s answer, they will be given the “correct” response based on police officer training procedures.

“It raises the public consciousness. It raises the need for the public to understand why the officers may have done what they did,” Johnson said. [viewers] can learn some new information about how officers are trained to respond and why. This, we think, will reduce some of the harmful misunderstandings of law enforcement.”

In one “Decision Points” simulation, a viewer is given several choices: to run away, to shoot the suspect in the leg, or to shoot him in the chest. While viewers often see the outcome of police shootings released from police bodycam footage, it’s not necessarily clear why the officer did what they did.

Here, the simulation explains why officers shoot the suspect in the chest instead of the leg.

For example, earlier in the simulation, the viewer is asked whether an officer should Taser the suspect who is wielding a knife, shoot the knife out of their hand, or move away from the suspect. The simulation then informs viewers of the right answer based on law enforcement best practices and training standards.

At the end of the simulation, viewers can get answers from law enforcement experts on a variety of questions that they may have regarding the incident.

“We just want people to have a more balanced understanding of…when they see a video of a police officer using force or see a story of a police shooter, we want them to understand some of the dynamics at play and why officers may react the way they do. And the only way to gain that understanding is to personally experience it,” Johnson explained.

Being a police officer and having a run in with the law both come with their dangers.

The National Fraternal Order of Police organization reported that 314 officers shot in the line of duty this year, with 58 deaths.

On the other hand, the Mapping Police Violence database has recorded 960 killings by police officers in 2021.