Suicide intervention is one of the most (if not the most) important topics that I teach first responders about. I usually start the class with busting the myths that still surround suicide. No, suicidal individuals are not crazy; no, suicide is not inherited (you can’t inherit a behavior); no, suicidal individuals will not always be suicidal (generally, it is a temporary state); and many others. Many first responders still believe that suicide happens without warning and that those who talk about suicide will not actually kill themselves. While it is true that a small percentage of individuals complete suicide without any outwardly precedent cues, this is not the case for the majority. The important message is that suicide is preventable.

It should be noted that this article is not intended to create feelings of self-blame or guilt. If you have lost a friend, family member or a brother/sister in blue to suicide, you have likely already run through all of the “what ifs” and “what did I miss” scenarios. You have already been your own worst critic. The purpose of this article is not to make you question yourself further, but rather to help raise awareness about suicide prevention.

We know that for most individuals suicide is a temporary state, that many first responders who kill themselves do so under the influence of alcohol and that the goal is often to stop the suffering and pain. We also know that individuals thinking about suicide are ambivalent: there is still a part of them that wants to live. Lastly, we know that individuals are actually highly committed to their desired method, or “how” they would kill themselves, so if you remove their access to it, they are unlikely to seek another. This may surprise many readers, who may (erroneously) think that if someone is determined to kill themselves, they will find any way to do it. If you put all of those facts together, the picture becomes clear — intervention works!

You do not need to be a clinical psychologist to identify the warning signs of suicidality.

You do not need to be a clinical psychologist to identify the warning signs of suicidality. In fact, many psychologists may over-rely on their perceived ability to predict whether someone will kill themselves at the expense of prevention. Instead of “tea leaf reading,” the following are clues to pay attention to.

Behavioral signs. Everyone has a baseline. Are you normally easygoing or controlling? Are you the social butterfly at work, or do you keep to yourself? If you notice a shift in someone’s demeanor, behavior or appearance (i.e., deviation from baseline), it is a good time to check in and see what’s going on. Other behavioral clues may include giving away possessions, increased alcohol use or past suicide attempts.

Affective signs. Is the person expressing feelings of hopelessness, helplessness or isolation? Triggering events such as divorce, medical issues or job trouble often precede these feelings and should not be ignored because of that context (i.e., “She’s just down because of the divorce”). Instead, these affective signs should always be explored.

Verbal signs. May be the most important to pay attention to, what is the individual saying? Most individuals will not directly say “I want to kill myself” but rather will make veiled comments, such as, “If I don’t come to work tomorrow, no one will miss me.” It is important to take these comments seriously. If you are unclear about what the person means, ask! In addition, there are two key elements to look out for in the person’s speech: dehumanization and desensitization.

If you note any of the above signs, and you think that an individual may be struggling with suicidal thoughts, it is important to ask them directly, “Are you thinking about killing yourself?” Not only does this not leave any room for misinterpretation, but it may also help you gauge their level of desensitization (i.e., how comfortable have they gotten with the idea?).

If this is a topic that you are interested in learning more about, look into your peer support team, department EAP or other available trainings.

Lastly, if you are thinking about killing yourself, it is not too late to ask for help. Support is all around you, even if it may not seem like it. Dial 9-8-8 to reach the national Suicide and Crisis Lifeline. 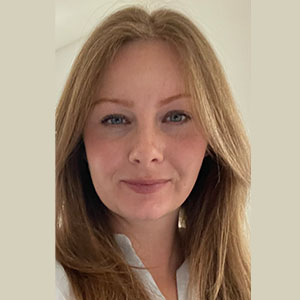