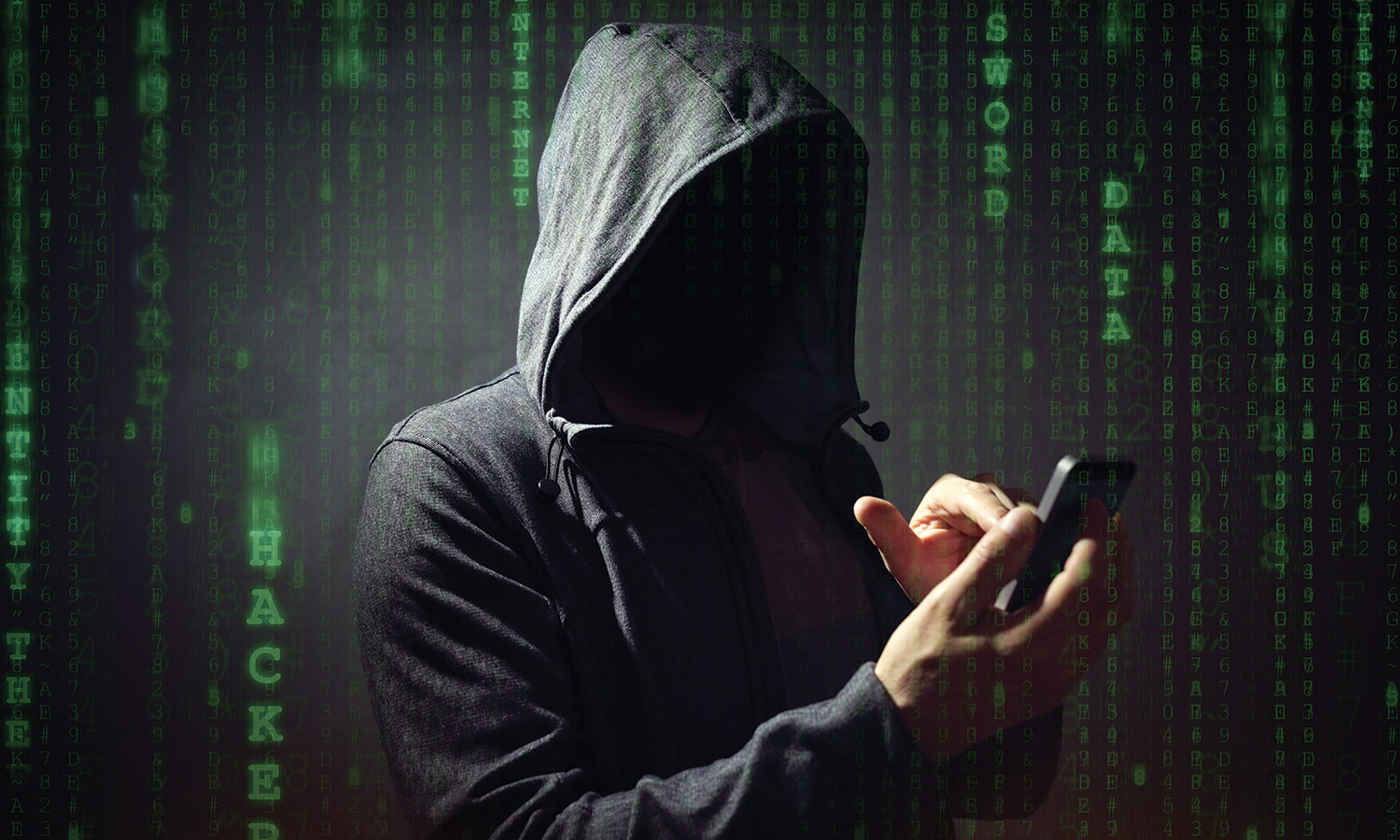 In today’s world of electronic surveillance, we all know it is almost impossible to escape the fact that, no matter where you happen to be, there is a chance you might be recorded or intercepted. Although most offenders have at least a limited understanding of this fact, it never ceases to amaze me that criminals still frequently make big mistakes during the commission of crimes that lead to their arrest and conviction. This case involves the use of some video footage, the use of a cellphone by the perpetrator and a good bit of luck.

In a short period of time, my agency received seven reports of commercial burglary involving the theft of many computers, flat-screen televisions and other electronic devices from multiple office buildings in our jurisdiction. All the burglaries took place on weekends and involved entry into buildings with magnetic locks on the exterior and interior doors. The cases were assigned to me and my partner. We began by collecting the video footage from each of the seven locations.

We immediately noticed that the suspect in all these thefts appeared to be the same person. We observed a heavyset black male and had a reasonably good image of his face. In one of the videos, we also had the good fortune to capture his large, white Chevrolet Tahoe backed into a loading dock as he loaded it with stolen items, but we were not able to observe the license plate. In another video he was seen wearing a Mean Joe Green Pittsburgh Steelers jersey, and in another, a vintage gray-and-black New York Yankees baseball jacket. While these items were not considered rare in and of themselves, they were not common, and it was believed that found together they would be suggestive of his culpability.

Using a widely accessed local online service run by a member of a nearby police agency, which was developed to share information to assist investigators in solving cases, I posted my best image of the suspect on the site. Within 10 minutes I got a response from another member who stated he believed he recognized the suspect from a commercial burglary case he had worked several years ago in a neighboring county. He provided me with the name of the individual, and my partner and I went to work. Using several commercially available public records databases, we were quickly able to discover that the suspect owned a white Chevrolet Tahoe. This was the first turning point in the case for me.

Obviously, this was not enough to secure a search or arrest warrant, and the investigation continued. A surveillance was set up in the hopes of determining what the suspect might be doing with the stolen items. Unfortunately, this proved fruitless. After another week the surveillance was called off due to other pressing investigations and a lack of manpower. This did not quell my interest in this investigation.

A week later, I had one of those flashes of insight we sometimes have in this business. Knowing the area in which the suspect’s parents lived, I called the major metropolitan police agency in that jurisdiction and requested that their records division search for any incident reports containing my offender’s name. Amazingly, they provided me with a recent report of a theft from an automobile made by my suspect. While his car was parked at a local shopping mall, an unknown suspect had broken his window and stolen a laptop computer from his white Tahoe. Even more remarkable was the cellphone number he provided to the police when he made the report.

After determining the carrier, I applied for a search warrant using a very tight window around the times and dates of my burglaries, in addition to a list of the cell tower hits for all the calls on the list. Again, to my amazement, my suspect’s cellphone was used within very close proximity during the periods of each of the thefts. I knew from the time and date stamps that he was present at the theft locations. This information was enough to secure arrest warrants for the felonious burglaries in all seven of our cases.

Once I had the warrants in hand and they had been entered into the state computer, the problem of locating this person remained. We knew that at some point he would be located on a traffic stop or similar encounter with law enforcement, but we had concerns about his proclivity for stealing and wanted him in custody as soon as possible. A month of dead ends followed with no success in locating him. Finally, when I returned to my office late on a Friday night to assist another detective in a different matter, we had a lull in the action on that case. Using my public records database, I pulled a new report on my perpetrator. A record revealed he had just purchased a home in a remote part of a neighboring county. The home was approximately 50 miles from my office.

I placed a phone call to the appropriate police agency, explained the situation and asked them to drive by the residence and see if there was a vehicle parked there matching the description of my suspect’s. Fifteen minutes later, a patrol officer called to inform me that not only had he driven by the home and seen this vehicle, but he had also seen a male attempting to get into it and drive away. He stopped the person and, after getting a false name and date of birth, was able to get him to admit his identity. He immediately arrested the subject on the seven outstanding warrants. This, as I have said before, could have easily been the end of this case — but it was not.

I then contacted my supervisor (it was now after 1 a.m. on a Saturday morning) and requested activation of at least part of my unit for support, as I was now going to obtain a search warrant seeking the stolen electronics from this residence. While this request created some understandable grumbling, help was quickly dispatched to go to the scene and hold it until I could obtain the warrant. This process took me over two hours because I had to obtain the search warrant from a jurisdiction other than my own, which created additional hoops that had to be jumped through in order to secure it.

By the time I arrived at the scene it was nearly 4 a.m. The suspect was handcuffed in the back of a local county police car, speaking with his lawyer, who had been summoned by his wife. A search of the house ensued, which resulted in the location of none of the stolen items. It was, however, not a waste of time. In the suspect’s closet were the football jersey and the baseball jacket. In addition, in another area of the home was a briefcase containing numerous documents and compact discs bearing the county’s FEMA address. All these items were seized as evidence and secured at my agency’s evidence facility. The suspect was taken to the local county jail and held on my warrants.

The following day I contacted the investigative division of the police department in the county where the FEMA documents appeared to have come from (this was the same county as the arrest location of my subject). They were able to inform me that they had recently had a burglary of the FEMA installation with the exact same MO as all of ours, including video footage of the suspect, who they could not identify, and his vehicle. A call to federal law enforcement officials determined they had no interest in the theft of 27 federally owned government computers. The case was turned over to the local authorities; the suspect eventually pled guilty to that burglary and received a 10-year prison sentence. That could have been the end of this case. It was not.

Since I have my own personal views on how the prison system in my state operates (which I will not discuss in this article), I frequently checked the public website for our state-run corrections department to see if this individual was still incarcerated. Less than three years after he arrived in state custody for the above-referenced case, I learned that he had been removed to a halfway house in our neighboring metropolitan city. This meant that if he was not already doing so, he was about to have limited access to the free world, which could mean one of two things: Perhaps he had experienced a reformation while serving his sentence, or, equally possible, he was going to resume a life of crime.

Either way, I investigated the matter and was dismayed to find out that our seven warrants had never even been served. This man was about to be released and nobody had checked to see if he was wanted by another agency. I contacted my local prosecutor and a production order was done to have him returned to our county jail so that our cases could be disposed of. He pled guilty to all seven of our cases and the court, again to my dismay, sentenced him to concurrent time with the case for which he had been imprisoned.

This case presents several matters worthy of consideration. First, do not give up on your cases just because you arrested somebody. If you continue to look, there is a high probability that you will discover additional information that may lead you to much bigger things. Second, use your instincts. A check of a source you might not normally use may be a critical element in the solution of your case. Even a recheck of a source you do use might prove useful. Next, when possible, try to follow your cases to the end. My court’s jurisdiction is very large and often I never got any information about the ultimate result of my work. I tried to occasionally audit my cleared caseload to determine dispositions in case I had missed something that should have been done. Finally, we all have our thoughts about what the appropriate sentence should be in a particular case. While I strongly disagreed with the resolution of our cases (a perpetrator with an already extensive criminal history who was now admitting to eight additional felonies and serving less than three years of a 10-year sentence), I realize that the sentencing decision is not part of my job and I try not to let it interfere with my aims. I am sure you each have your own opinion about this, and you are welcome to it. Stay safe and keep making great cases.

Jeff Kahn is a police detective retired from a 28-year career in law enforcement. After graduating from college with a criminal justice degree, he worked for 12 years as an investigator for a state probation agency and then 16 years as an officer for a municipal police department in a bedroom community of a major metropolitan city. His career focused on investigation of all types of crimes with an emphasis on fraud, but included stints in narcotics, homicide and street crime. He also was a member and later commander of a multi-agency hostage negotiation team.