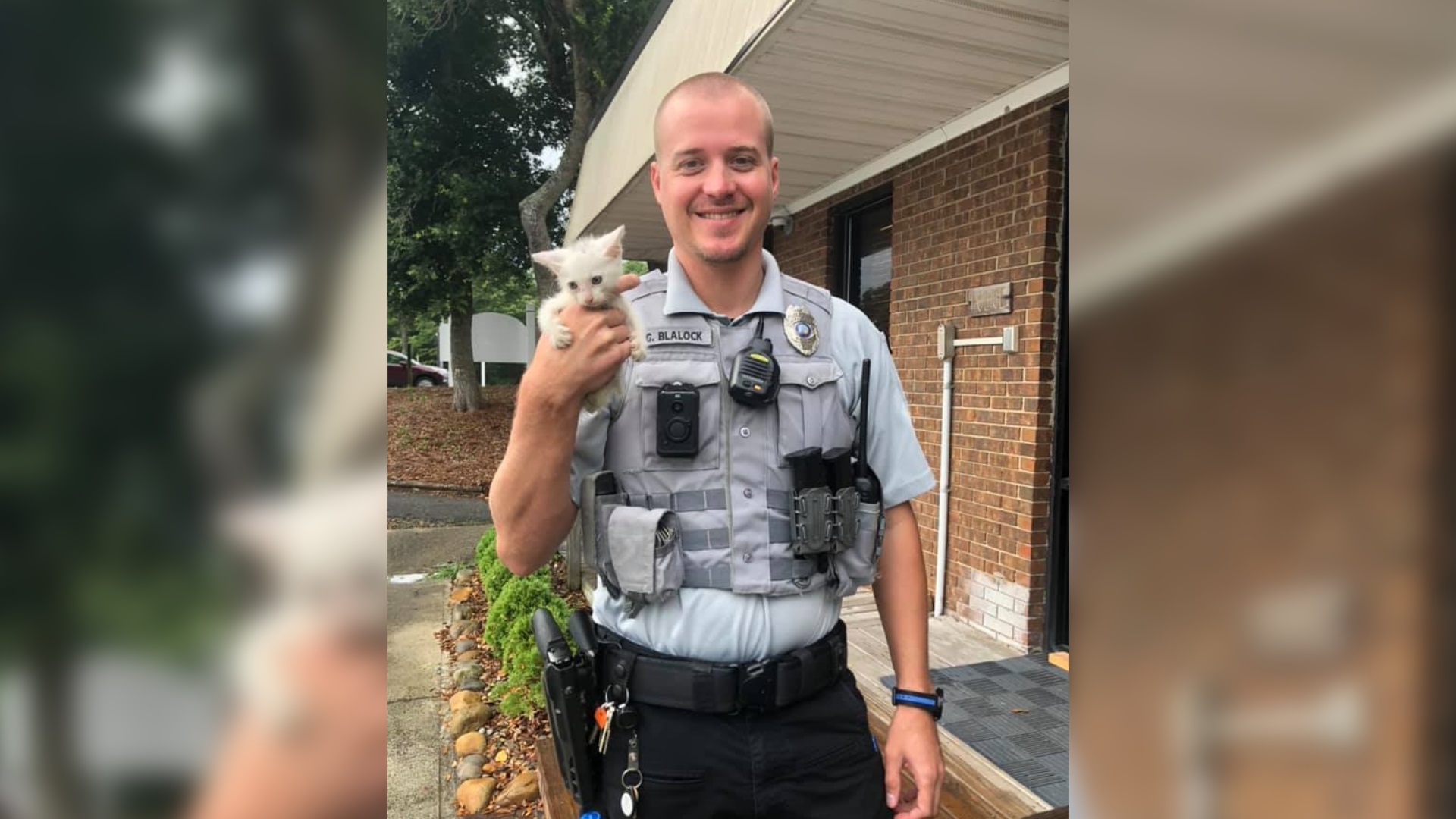 An Emerald Isle police officer in North Carolina saved a kitten on a busy bridge. Thanks to his efforts, the kitten will have a new home.

Officer George Blalock said he was responding to a call to the department regarding a Facebook post about a cat on the shoulder of a busy bridge.

When he showed up, he didn’t expect to find a tiny kitten.

“So, we got a call about somebody seeing a Facebook post with a white cat on the bridge. So, I responded, driving really slow, expecting to see a full-size cat. And when I look over to the west side of the bridge, I see a tiny little white fur-ball curled up,” Blalock explained.

The kitten was no doubt scared when he approached and put him in the police car.

“How terrified it must have been,” said Blalock. “You know, it rained the night before, so he had to be cold and wet. He just needed someone to come and pick him up and save him.”

“Roy’s Automotive was behind me, which the now current owner works with, and we had taken the picture and put it on Facebook, and she said that she had wanted it, and the owner of Roy’s Automotive got up with me and we got her to adopt a cat,” said Blalock.

Sally Hubbard, who adopted the kitten, said the kitten was still scared and hungry when she got him, but ate well.

“He was very tired, very shaky, very scared, he was shivering, and probably very hungry because he ate very well when I got him,” said Hubbard.

To decide the kitten’s name, the Hubbard said the police department should take a poll on Facebook. It was either Langston or Bridge.

Blalock didn’t know how the kitten got on the bridge in the first place, but suspected that he had crawled inside an engine bay of a car due to the weather and had fallen off. He advised people to always check their car engines for small animals.

Blalock was happy knowing that the kitten is safe and in good hands, Blalock.

“It feels great, you know, a kitten is defenseless, so it’s nice to be able to get it to a nice home where it can be taken good care of,” he said.