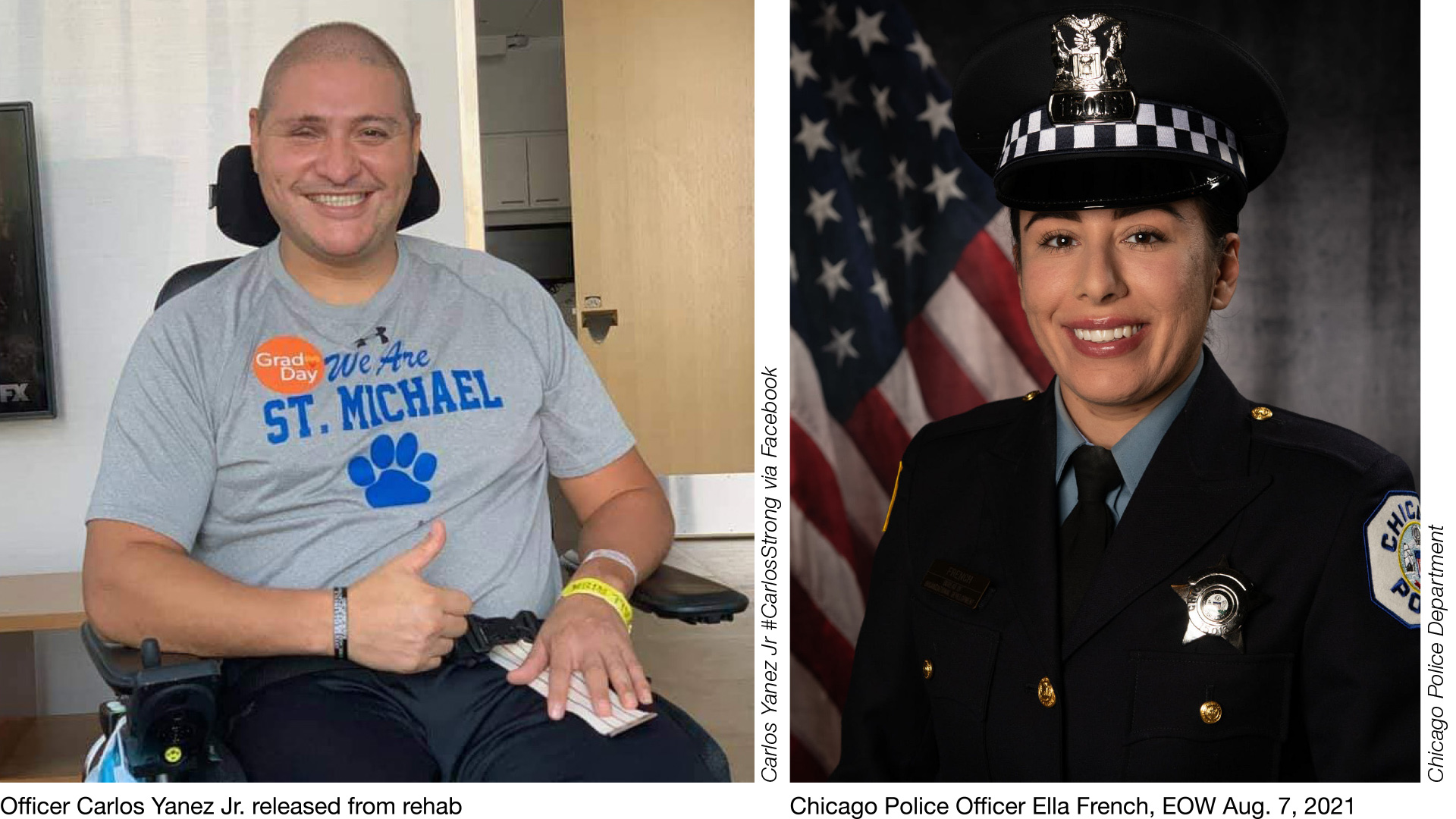 Chicago Police Officer Carlos Yanez Jr. was greeted by friends and family after coming home from rehab nearly two months after being shot alongside partner Ella French who was killed.

Yanez and French were shot and ambushed during a traffic stop for an expired license plate in August, resulting in the death of French and leaving Yanez critically wounded. Yanez was shot four times, lost an eye, and according to his father, still has two bullets lodged in his brain.

After two months rehabilitating at the Shirley Ryan AbilityLab, Yanez was finally released to the welcome of friends, family and fellow officers as he was wheeled out in a wheelchair.

“He’s a fighter, everybody saw that,” said his father, retired officer Carlos Yanez Sr. “Look around. What other department or group of people are there like this, that come here on their day off in the rain, and do whatever they gotta do? That’s what the type of people that we have here in the Police Department,” Yanez Sr. told CBS 2.

The celebration included, balloons, signs and even a full mariachi band.

Yanez Jr. saluted waved and saluted the crowd, and then thanked the medical staff at the University of Chicago Medical Center and the rehab facility for their support, as well as his friends and familly.

“All my family and friends, thank you for all the support. From the officers that saved my life — you know, driving me to the University of Chicago — and the medical staff. All the nurses and [patient care technicians], you know, especially here at this facility. It’s the best in the country,” Yanez told reporters.

“It’s great. All my family and friends here for support,” Officer Yanez. said.

Yanez’s father added that the family will look for a new home for his son to recover in.

“He was shot four times, near death a couple of times, very bad and he’s come back to this? It’s because of God and all of your prayers,” he said.

Emonte Morgan, the suspect charged in the shooting, entered a not guilty plea on all 85 counts, including a charge of first-degree murder of a police officer and attempted murder of two other officers.

The suspect’s brother, Eric Morgan, 19, has also been charged with multiple counts related to the shooting.

The GoFundMe page for Police Officer Carlos Yanez Jr. and his ongoing care is available here.