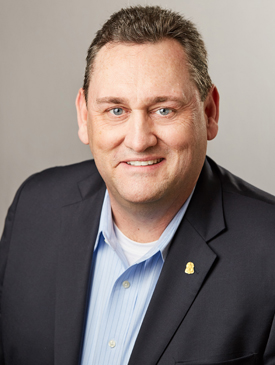 Mr. Sheridan brings more than 21 years of diversified law enforcement experience, including a focus on the aviation transportation sector, to his new role at Vigilant. In his most recent position, Mr. Sheridan served as the Aviation Liaison Agent Coordinator (ALAC) in the FBI Dallas Field Office where he managed all FBI security and investigative operations (criminal, counterterrorism, counterintelligence) at the Dallas/Fort Worth International Airport.

Prior to that role, he was a Supervisory Special Agent in the FBI Dallas Field Office where he initially managed an international terrorism squad tasked with targeting terrorist organizations with connections to the U.S. and its allies.

“The addition of Kevin to the Vigilant team strengthens our ability to share hands-on use cases with law enforcement officials considering our robust investigative platform,” said Shawn Smith, founder and president at Vigilant Solutions. “As the ALAC at Dallas/Fort Worth International Airport, Kevin was focused on the elimination of security threats at the airport. His strong base of knowledge and experience will serve our clients well.”

A commercial pilot with more than 3,400 flight hours in single/multi-engine piston and turbine aircraft, Mr. Sheridan also has served in the United States Air Force (USAF) and holds a BBA in accounting from Eastern New Mexico University.

“I’m looking forward to adding value to a company already making great contributions to law enforcement, both domestic and international, as a result of its strong data and analytics technologies,” Mr. Sheridan said. “Vigilant is not only helping law enforcement identify more investigative leads, but also is helping them solve more crimes toward keeping communities safer using vehicle location and facial recognition.”