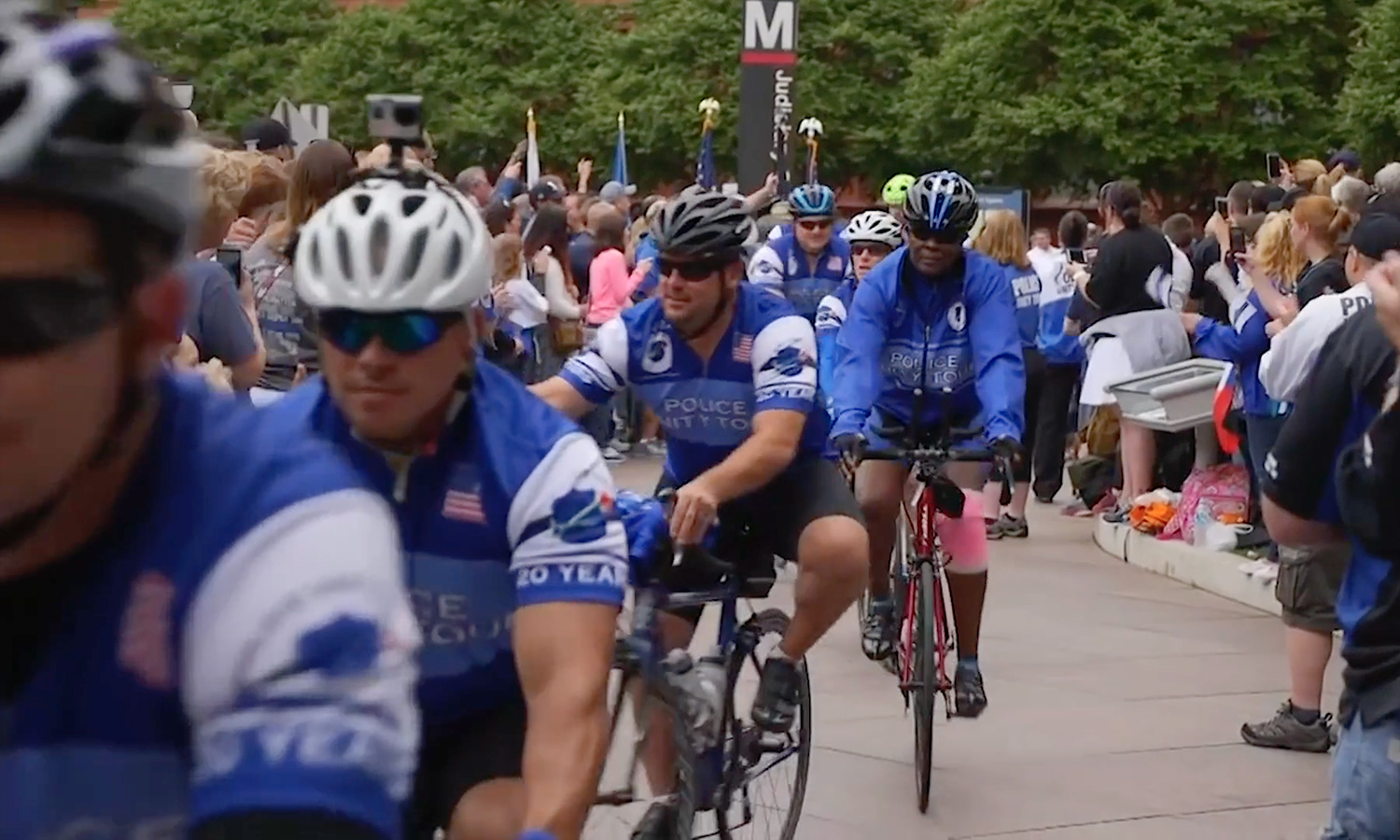 COVID-19 is ripping through our country, depositing fear, illness, death and changing daily life as we know it. The impact on law enforcement has added to the burden on an already stressful profession; a profession that every May takes pause to remember and honor its fallen. With May 2020 Police Week activities canceled or on hold, will the honoring still take place?

“I feel it is the most important duty for us all, not only to serve and protect, but to honor and remember,” said Pat Montuore, executive director of the National Law Enforcement Officers Memorial Fund (NLEOMF) and founder of the Police Unity Tour, as he offered his thoughts on the cancelations, including the annual Police Unity Tour, a law enforcement cycling event that raises funds for and awareness of the Memorial.

Montuore wants the law enforcement profession and everyone to know that while the COVID-19 pandemic knocked out Police Week activities, it did not eliminate Police Week. “Our heroes did not choose their time to leave us, they chose to do what their sacred oath required,” he says. “We must honor them. And, let us not forget, our cops are out there during this crisis, and they are dying from the virus.”

In a letter to Police Unity Tour chapters, Montuore emphasized the mission of the Police Unity Tour continues. “Even though we are not able to ride into the Memorial this year, we will not allow anything to defeat our efforts to honor the memory of our fallen,” he stated. “The Police Unity Tour will be making our annual donation to the National Law Enforcement Officers Memorial as we have honorably done since our charter.”

The importance of the Police Unity Tour mission to the NLEOMF cannot be understated. Since its first tour in 1997, it has grown to be the single largest, nonprofit contributor to the NLEOMF, donating more than $28 million.

The Memorial is a national memorial, but does not receive federal funding. The generosity and understanding of its donors ensure our nation has a solemn ground to gather upon in memory and honor of our fallen law enforcement heroes; for it was they who put others before self. The names of 21,910 law enforcement officers who died in the line of duty are engraved in the Memorial’s stone walls. This year, 307 names will be added.

Marcia Ferranto, the NLEOMF chief executive officer, walks through the Memorial each morning and reads the names of the fallen on her way to her office. “This was not a plan, but became an unintended passion,” said Ferranto, who was appointed to her position in August 2019.

This year is Ferranto’s first Police Week. As a result of the COVID-19 crisis that has descended upon us, one might think of the issues facing Ferranto as a baptism of fire. Ferranto, who has built a career on turning around nonprofits, is no stranger to professional difficulties. “The learning curve was effortless, I have wrapped my arms around the mission,” she said. “Nothing has come close to the importance of this one.” Still, Ferranto faces significant challenges.

Ferranto, like Montuore, is adamant that the Memorial’s mission of honor proceeds unimpeded. She explains honor is critical in the effort to memorialize, and honor and education leads to keeping names off the wall. A goal both agree on.

It is the Memorial’s somber duty that those names rest in their place of honor to help heal the hearts and souls of the families of the fallen. As families visit the Memorial, they lovingly and so gently touch their loved one’s name, welling in emotions and collecting the presence of the love they so sorrowfully miss.

Another challenge is the reading of the names during the candlelight vigil that occurs every May 13 on the National Mall. Ferranto said when it became apparent in late March that the National Law Enforcement Museum, part of the Memorial campus, had to be closed, “It was never a thought we were not going to have the candlelight vigil.” What was not a thought, became a reality. The vigil is attended by thousands of people, making this year’s vigil impossible, considering the nation’s social distancing requirements.

The Memorial is looking to independent producer Lynn Kessler, who has years of experience producing Memorial productions, for a solution. On Kessler’s drawing board are plans for a virtual candlelight vigil, which will include the reading of the 307 names, survivor stories, musical performances and highlighting some of those being added to the Memorial walls. Two being highlighted are New York City Police Detective Luis Alvarez, EOW June 29, and Harris County, Texas, Deputy Sheriff Sandeep Dhaliwal, EOW September 27.

Detective Alvarez fought heroically to move Congress to pass funding continuation for the September 11th Victim Compensation Fund for those suffering from 9/11 illnesses. Alvarez himself suffered from a 9/11 cancer that took his life shortly after the bill’s passing. Deputy Sheriff Dhaliwal, the first Sikh sheriff’s deputy in Texas allowed to wear articles of faith while on duty, was shot and killed during a motor vehicle stop. Deputy Dhaliwal’s death shocked the nation and brought much-needed attention to the inclusion within law enforcement.

We choose to remember in personal and private ways. The Memorial provides a physical reminder of those we remember and their sacrifice. Fifty-eight names added to the Memorial this year are of those who succumbed to a 9/11-related illness. Those names will be added to the 286 post-9/11 names already on the wall. Montuore said he often thinks of those who are suffering from their selfless 9/11 work and how that work of almost 20 years ago is still claiming the lives of law enforcement officers. He is also reminded of those, like himself, who as a result of the attack on our country on 9/11, have seen their children go off to war and continue the family’s sacrifice. “It is difficult for me to think of one without the other,” he said.

The law enforcement family is fond of saying about their fallen, “Always honored, never forgotten.” A pandemic, as threatening as it can be, is no match for the desires of cops to remember and honor their brothers and sisters who went above and beyond in their service to others.