Last month, the U.S. Department of Justice named the recipients of the fourth annual Attorney General’s Award for Distinguished Service in Policing. Of the more than 214 nominations submitted, representing 350 officers, deputies and troopers from 39 states, 23 were selected for their achievements in criminal investigations, field operations or innovations in community policing.

“There is no career nobler than that of a police officer, and the 23 officers we honor this year demonstrate that clearly,” Attorney General William P. Barr said in a press statement. “Their actions are a testament to what law enforcement officers contribute to our nation each day, keeping us safe from violent crime and building more trusting communities, and they are deserving of our collective thanks.”

Detective Williams demonstrated the true meaning of commitment by pursuing a cold case for more than 20 years. He tracked down leads from Washington, D.C., to South Carolina, where he finally found and took into custody an accused serial rapist and murderer.

Sexual assaults and exploitation of children are some of the toughest cases to work, but Special Agent Kedley and his team diligently gathered evidence against a youth basketball coach in Iowa, uncovering more than 400 victims, including at least 15 who were sexually assaulted. Authorities believe the number of victims could run much higher. The former coach currently is serving a 180-year sentence. 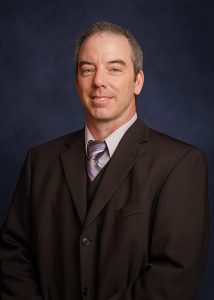 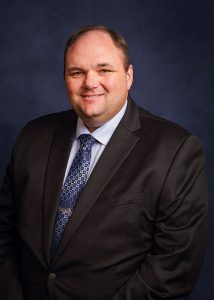 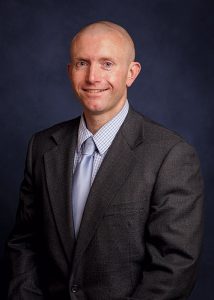 This multi-agency effort in southeastern Wisconsin has made a notable dent in the area’s drug, illegal gun and gang enterprises. In fact, the officers made the largest single heroin seizure in the town’s history. So far, the investigation has resulted in 35 arrests, with many more arrests and indictments pending. “Needless to say, we could not be more proud of the efforts of these law enforcement professionals and the many others who have been vital to these investigative efforts and successes,” Police Chief William Lamb told the Fond du Lac Reporter. Fond du Lac County Sheriff Ryan Waldschmidt added, “I could not be prouder of the collaborative efforts of our federal, state and local partner agencies who work together to combat these issues across jurisdictional lines.” Editor’s note: Fond du Lac County officers not pictured here due to ongoing task force activity. 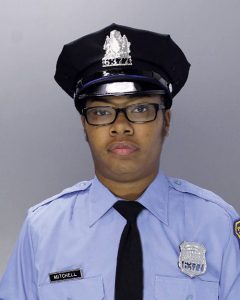 Quick action by Officers Mitchell and Rivera saved a gunshot victim’s life this summer. The partners were monitoring a large party when they heard gunshots. After radioing for backup, the pair raced to the shooting location, where they found an individual bleeding profusely from a gunshot wound. They applied a tourniquet and transported him to the hospital. En route, Mitchell performed chest compressions, reviving the victim multiple times. The individual survived. 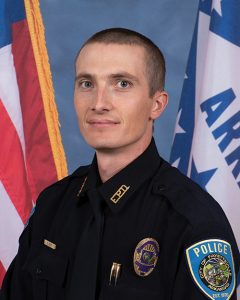 After a person armed with 100 rounds of ammunition fired 10 times at a Fayetteville P.D. squad car, Corporal Floyd initiated pursuit. Officer Eucce, along with Sergeant James Jennings, joined the chase, eventually shooting and killing the suspect. Officer Stephen Carr was killed in the incident.

Curry County, Oregon, is normally a quiet coastal community, but when word came through that the subject of a widespread manhunt was in his jurisdiction, Sergeant Thien jumped into action. He called on his contacts and reviewed property records to help narrow search efforts. Thanks to his knowledge, the murder suspect was located and arrested. 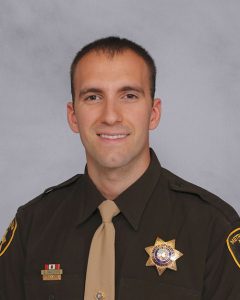 Residents in Las Vegas’s Bolden neighborhood didn’t have the best relationships with members of the city’s police department. Families also dealt with high crime, and their kids tended toward poor academic performance and low graduation rates. That’s starting to turn around. Two years ago, a local merchant announced the idea to create a free, fully accredited youth baseball league. A group of LVMPD personnel stepped up to bat by volunteering as coaches. The Bolden Little League organization has grown to 14 teams and 186 players. A positive consequence has been a 76% reduction of violent crime in the neighborhoods around the baseball park between 2018 and 2019. Plus, News 3 reports the 2019 homicide rate for the surrounding area fell to zero. “The LVMPD Foundation is proud to support Bolden Little League, which encourages mentorship and trust between officers and local children,” stated a post to the Bolden Little League Facebook page. “We also want to congratulate the officers for their hard work and thank them for keeping our community safe.”

“Community” these days takes on different meanings, and as special projects coordinator for the Evansville P.D., Officer Smith wants to tap into each type of community to build trust and familiarity between police and residents. He’s built a Facebook following of 45,000 subscribers for the department through mostly positive posts. Each week, Smith uploads videos celebrating officers and community members or posts pictures of cops and kids venturing off to department-sponsored trips to theme parks. He built a program in which hair salons and barbershops host officers for informal chats with customers. Smith also organized a breast cancer awareness fundraiser.

Officer Landrum hit the ground running as the first community engagement officer for the Willingboro P.D. During her tenure, she’s launched a variety of programs to connect police and citizens outside the criminal complaint or emergency situation. She has organized story times for children; anti-drug programs at schools; drives for toiletries, food, coats and toys; and educational seminars for seniors about phone and mail scams. Landrum advocates for her fellow cops, too, by establishing a resiliency program for officers in distress.

In a small town of less than 40,000, it’s not easy trying to find extra dollars during a public service budget crisis, but Detective Lidey has a finesse for fundraising. First, he founded Securing Our Safety to help law enforcement overcome fiscal hurdles, which has raised more than $60,000 to complete a study of local justice and law enforcement programs. Next he helped form the nonprofit Grace Roots, which established a residential treatment center. All total, Lidey’s fundraising skills have tallied up $324,000 since 2013.

As seen in the December 2020 issue of American Police Beat magazine.
Don’t miss out on another issue today! Click below: