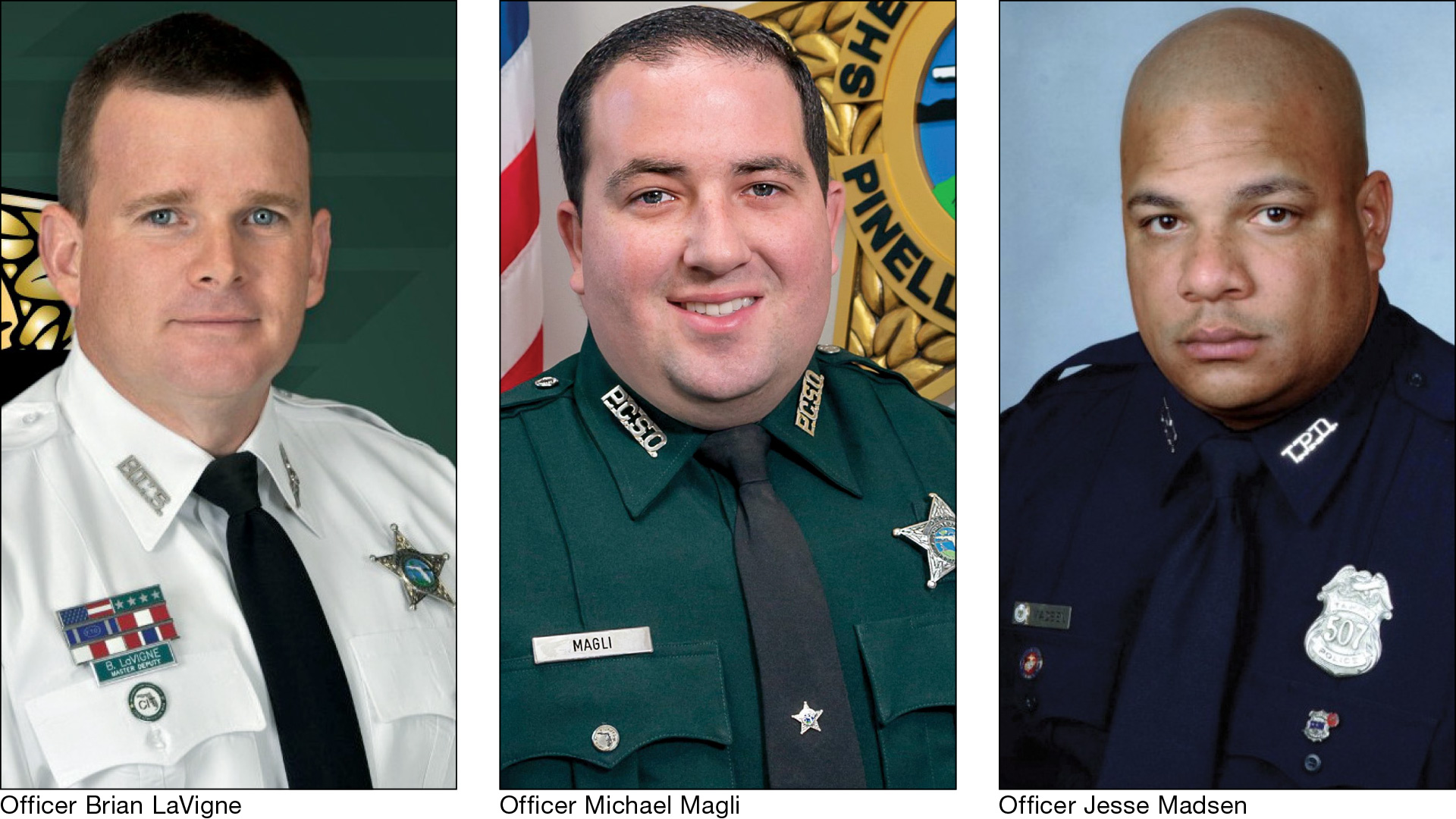 The Tampa Bay area is mourning the loss of three police officers who died tragically in the line of duty.

On March 2, Tampa Police Officer Jesse Madsen collided with a wrong way driver around 1 a.m., according to WFTS, a local ABC affiliate report. Investigators believe that Madsen intentionally drove his patrol car into the wrong way driver’s vehicle to protect other drivers on the highway. The impact resulted in the death of Madsen and the wrong way driver, Joshua Montague.

In February, Pinellas County Deputy Michael Magli was also killed in a traffic incident. He was attempting to stop a drunk driver from crashing into other cars.

In January, Hillsborough County Corporal Brian LaVigne, who was one shift away from retirement, died when a suspect rammed his car.

The deaths have taken a toll on the mental health of the law enforcement community. Danny Alvarez of the Tampa Police Benevolent Association, said “There is a fatigue that is here in the sense of tragedy. It hits so hard. It’s just something that is extremely sad and there’s just not a good answer as to why.”

The Sun Coast Police Benevolent Association was in the process of raising money for Deputy Magli’s family by selling T-shirts when Madsen was killed.

Jonathon Vazquez, president of the association, said, “Not that you ever get over a loss, but you can’t even start to put it behind you and into your memory bank without having another incident where another officer is lost.”

As of this posting, during this first quarter of 2021, 73 officers have died – nearly one a day. The dangers of the job, according to Vazquez, are impacting recruiting and officer retention nationwide.

“It’s something that now people who have that drive to want to become a law enforcement officer are taking a second guess. Could they do something else that’s a lot safer?” Vazquez said.

He also added that he’s hearing from officers’ spouses that they are urging their spouse to leave the force.

However, officers are proud to be putting their lives on the line to protect others.

Alvarez said, “As a police officer, that is the highest honor. These officers and deputies went out the way they lived their lives. As true heroes.”