Back in 1980 I was one of a few thousand waiting to take the physical part of the exam to become a police officer in the city of New York. As I waited, a cop with a big burly moustache, wearing a K-9 T-shirt stopped to say hello. He asked the usual questions, why did I want to become a cop, where I lived and so on. Then he asked me, “What unit did I want to get into?” Since I had loved German Shepherds all my life, I said K-9. He looked me up and down and smirked, wished me good luck and moved on.

One and a half years later, I was able to apply for K-9 and before getting chosen for the class we had to take a hit. On the first day, there was the same cop with the burly moustache. He was giving what they called “cherry hits.” This bite would be the lightest hit you would ever receive if you got into the unit. Back then there was no huge suit to put on. We had a thin leather sleeve that went from the wrist to the elbow, one wrap of burlap and a suit jacket. I took my hit and the dog’s teeth went right through the wrap!

At the end, an Inspector told us we would be taking three hits a day, every day for 14 weeks. That dwindled the class down to 12. I was in the second K-9 class ever for the City of New York PD. That burly mustached cop was named Benny and he congratulated me on following through with my dream. Benny was one of the trainers and we became friends.

Many years later — after retiring — I was back in a different police academy at the age of 52 years old. There were eight of us, and everyone else in the class was about 22 years old. I made it through and spent eight years with the Casper Police Department in Wyoming. In those eight years, I did patrol, was a DARE officer, hostage negotiator, polygraphist and detective for my last four years. Even as a detective I had an assortment of cases including aggravated assaults, rapes, bank robberies, burglaries, fraud, homicides and the one I usually handled, sexual assaults against children.

When I retired again in 2016, I thought back to my young classmates. Two had dropped out, but the other six were still working. Each one had moved up in rank or to other assignments. There were two sergeants, a lieutenant, K-9 officer, child services officer, hostage negotiator and one in SWAT.  I also thought about another cop who had over 30 years on the job and remained a patrol officer, working steady midnights.

I enjoyed all of the different assignments I had through the years. My favorite was being a K-9 officer and I wouldn’t have traded it for anything. All of those assignments were fun and important, and each taught me something new on how to do the job. At the end of the day, to do the job, it boils down to the more things you learned the more tools you have on your toolbelt.

I’ve spent some time thinking about law enforcement and those who move from unit to unit, always looking for another challenge, and those who are content and happy to stay where they are. I knew why I moved around and now I was curious to hear the reasons for staying in one unit from someone who had done just that.

I decided to reach out to a few law enforcement buddies and pose the question to them. Is it better to diversify and try different units, perhaps make rank, or are there advantages to remaining in one unit for a full 20 years?

I arranged for a Zoom meeting with four other cop buddies, all who had at least 20 years on the job. Two of them had been on steady tours and patrol for most of their time. The other two had been in several different units including anticrime undercover work, emergency services unit, SWAT and both had attained rank. One a captain and the other a lieutenant.

The men who had moved around and achieved rank stated it was the only way to be happy in the job. Meeting new responsibilities, learning different skills and making rank in order to mentor others and pass on their wisdom. To them learning new skills, moving up in rank was a responsibility and every officer should attempt to do it.

As for the two who had worked patrol all of their careers, they each had the same answer: Staying on patrol in one precinct allowed them to learn the ins and outs of their areas. They knew the people who lived there, the shop owners, the petty crooks and the more serious criminals. They stated without their special knowledge passed on to detectives and other officers on a number of occasions, many crimes would have taken longer to solve. If something was wrong or out of place, they were the first to notice it. Staying in one place on patrol was vital to every precinct’s success and protection of its citizens. Also, everyone in the neighborhood from store owners to children knew them, trusted them and weren’t afraid to come to them with any concerns.

After much discussion it came down to one thing: Do what makes you happy. If you want to be a patrol officer all of your career, then do so. Learn how to do it to the best of your ability and enjoy your time on the job. If your happiness depends on switching units or making rank, then do that. In the end, it is up to you, your decision and no one has the right to tell you different. Law enforcement has many different and vital avenues to pursue. All of them together keep the peace and protects our towns, cities, and our way of life.

Serve and protect to the best of your ability and desires. Stay excited and proud of the job you do, no matter what it is. And always, stay safe. 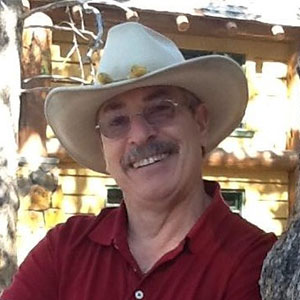 Gary was born and raised in New York City, and became a police officer for the City of New York, starting in Patrol before quickly moving on to K-9 Officer. After retirement from the department, he moved to North Carolina and began writing. Later, he moved to Casper, Wyoming, and joined the Casper PD working on patrol, as a DARE officer, hostage negotiator, polygraphist and detective.