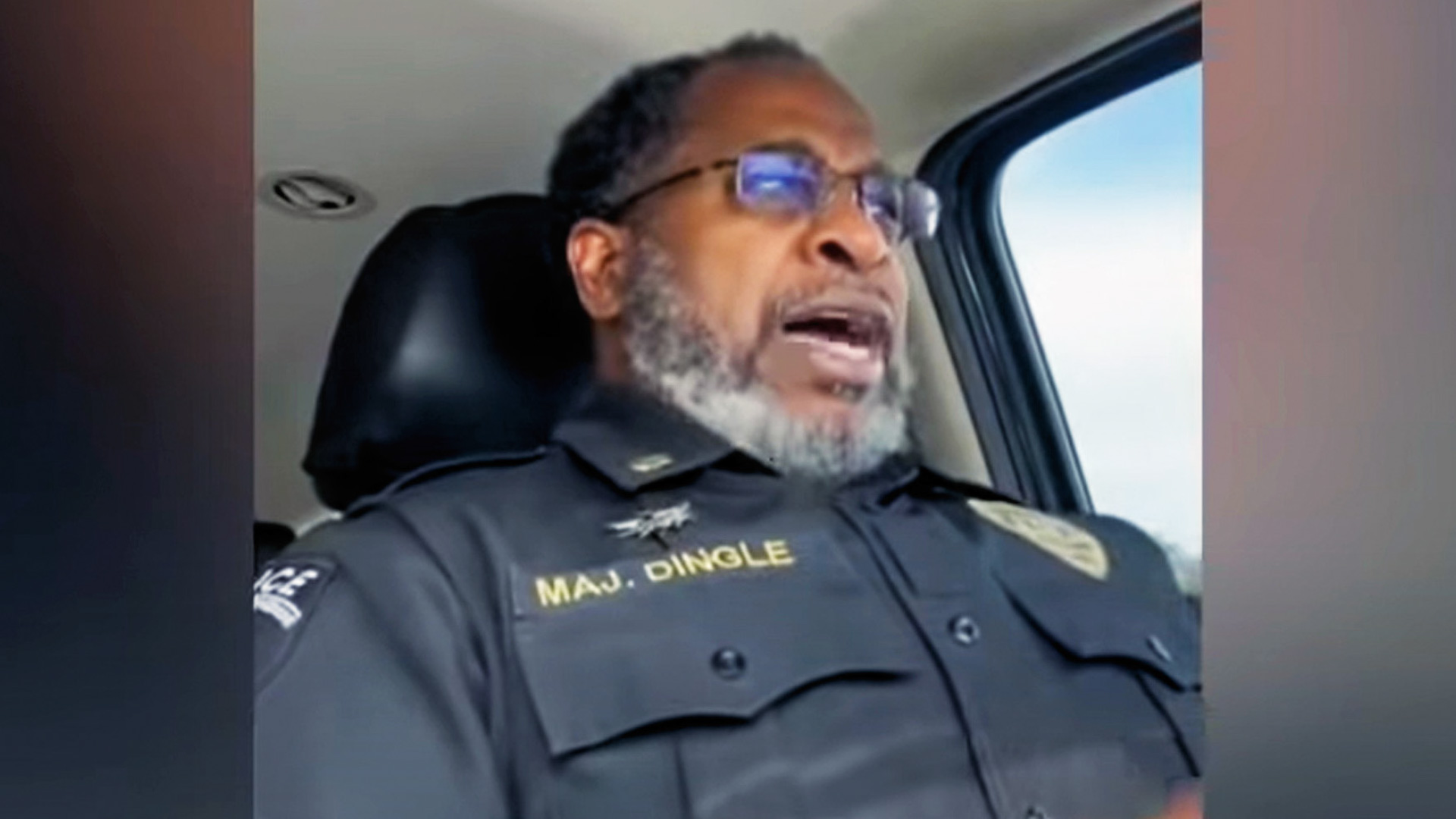 In the video, Maj. Kelvin Dingle of the Morehouse School of Medicine Department of Public Safety vents his frustration about the constant negativity directed at law enforcement, saying he is “so goddamn tired” of people criticizing police officers.

“I wake up every morning and kiss my family goodbye, knowing that there’s a possibility I will not come home. I am tired of every time I wake up in the morning someone polarizes the fact that maybe law enforcement is just not a good thing. All of us are not bad,” Dingle lamented as he drove home from work.

The clip, which received nearly 2 million views as of May 17, expresses a sentiment that most in law enforcement feel every day in a culture with growing anti-police rhetoric.

Dingle, who has been a police officer for nearly two decades, told Fox News that the negative attitude towards police is a recent development.

The veteran officer explained, “This is something new. It’s a new attitude. It seems like every night we go to sleep or every morning we wake up, there’s something negative that’s portrayed about law enforcement. I was riding home and I was thinking in regards to everything and now it’s just different. I’m driving next to people and people are just frowning at me. People are purposely doing things to get my attention. They’re flipping me off.”

Dingle defended the majority of good law enforcement officers in his viral outpouring.

“Don’t get me wrong. It is what it is, some people make bad decisions. But the majority of us that put this badge on every day, the majority of us want to protect and serve…. We’re generally good-hearted people that want to make a difference… And that day, I just, honestly, had enough. My heart was broken because of the things that I saw in just traveling home to my family, and it wasn’t always that way,” he said.

Dingle is hopeful that through communication and understanding, both sides can work together to solve the problems and repair the damage that has been done.

“The truth of the matter is, we have two sides and two sides need to be heard,” he said. “But people need to listen — not to respond — but listen to understand. That’s the difference… if you can do that, I promise you there’s a solution out there. We just have to communicate in which to find it.”