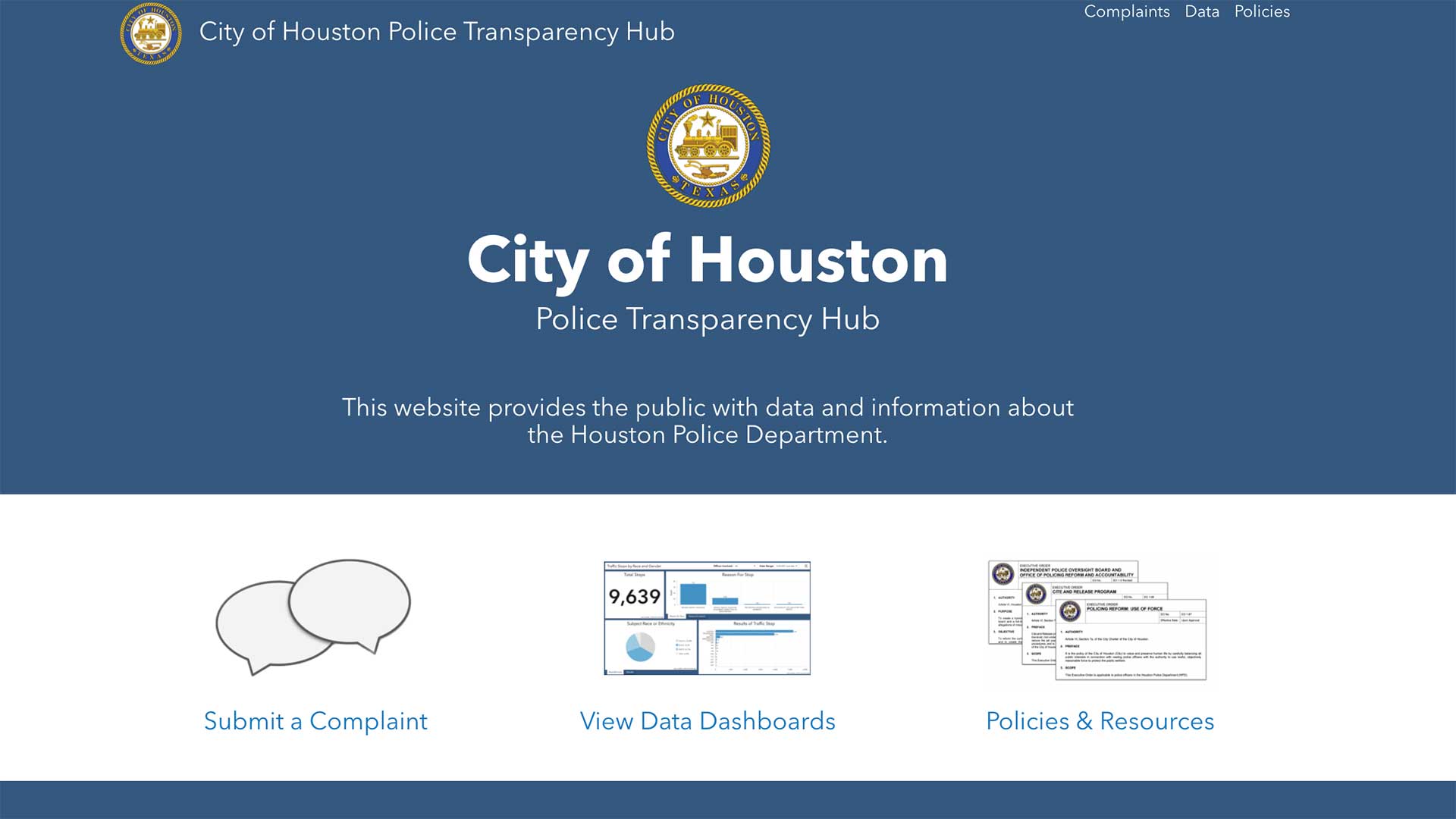 The Houston Police Department has launched its “transparency hub,” a website that aims to increase transparency and accountability within law enforcement after a rough year of police brutality protests.

A news release from the city said the Police Transparency Hub will make it easier for members of the public to file a complaint against an officer or search for information about the Houston Police Department’s encounters and demographics.

Visitors to the website can access information and HPD data from 5 dashboards – cite and release, traffic stops, use of force, disciplinary actions, HPD diversity. Through the website, anyone can monitor and assess the performance of the Houston Police Department. The data will be updated every month, and community members can also post complaints by uploading photos and videos, or by providing other information about an encounter with police.

For instance, viewers can use the online tool to discover that HPD has 88,201 traffic stops this year, used force 4,203 times, and issued 152 citations instead of arrests. The website also breaks down data according to race and gender.

The initiative is the city’s response to suggestions by 45-member Task Force on Policing Reform created by the mayor. The City of Houston IT Services Department built the website along with input from Houston’s criminal justice reform advocates.

“Today’s launch is another significant step toward increasing transparency and accountability while building trust between the public and the police department,” Mayor Sylvester Turner said.  “We are moving forward to implement other initiatives, like investing in crisis intervention and a new policy on releasing body-worn camera video. Houston is leading the nation on policing reform, and we are just getting started.”

The newly-created Office of Policing Reform and Accountability will oversee the investigation of online complaints along with complaints from the Independent Police Oversight Board (IPOB).

Julia Montiel, a policy and advocacy strategist for the American Civil Liberties Union of Texas, told The Houston Chronicle, “Data transparency is a vital tool to assess the efficacy and fairness of policing. We hope city leaders with collaborate with advocates to further refine the dashboard.”