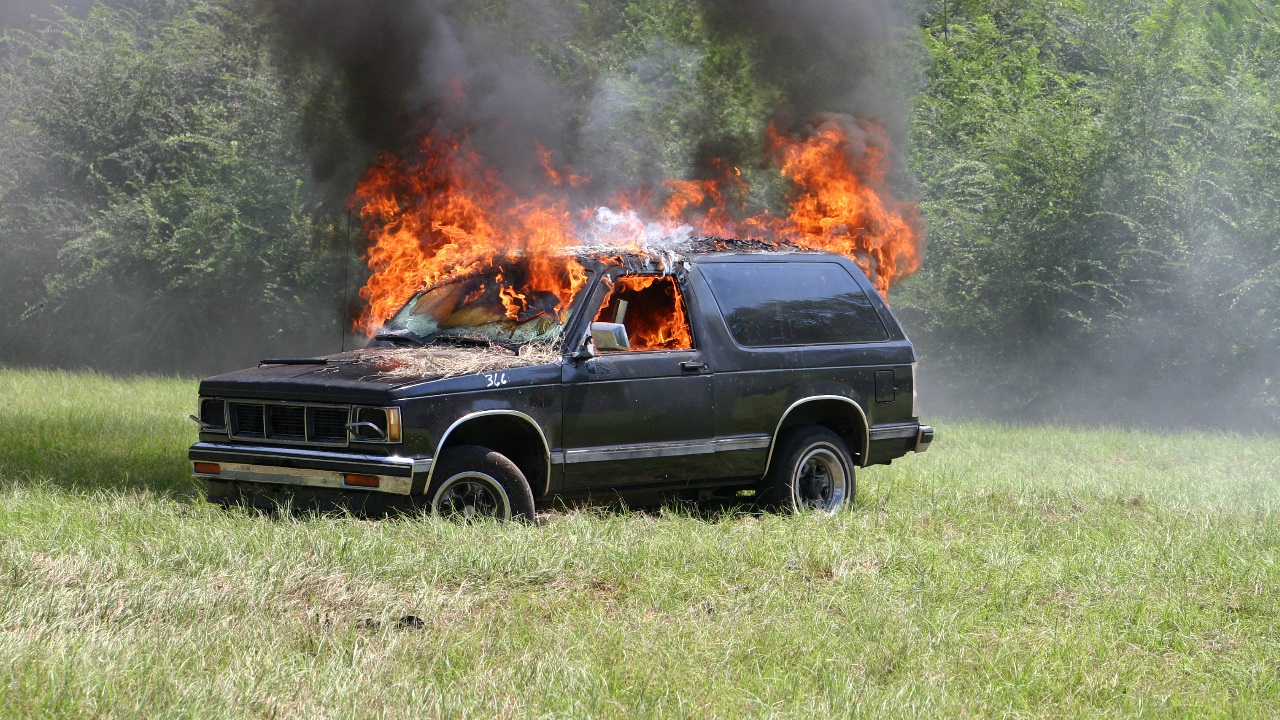 A police sergeant with the Palisades Interstate Parkway Police rescued two teen suspects in burning vehicle after he was almost run over by them during their escape.

According to PIP Police Sgt. First Class Raymond Walter, the incident occurred after police responded to a call about suspicious people tampering with a dumpster at the Englewood Marina.

When an officer approached, the suspects fled in a GMC Envoy, which police later learned was stolen from Onondaga County, New York.

Authorities say that PIP Sgt. Martin Clancy spotted the stolen vehicle at a rest area in Alpine. When he approached the car, it sped directly at him, forcing him to dive out of the way. Clancy immediately jumped into his cruiser in pursuit.

Walter said that the suspects lost control of the vehicle on the off-ramp after exiting at Interchange 3 in Alpine. The vehicle jumped the curb onto Route 9W, colliding into a northbound truck, flipping over and then hitting a sedan on the road’s southbound side.

A masked suspect got out of the car and threatened Clancy, who ordered him to the ground, before fleeing into the woods.

At the same time, Clancy saw two suspects trapped in the vehicle that had burst into flames. Clancy used the fire extinguisher in his patrol car to put out the flames, and pulled the two passengers to safety; they were an 18-year-old woman and a 16-year-old boy.

Officers from nine other departments searched the area, and soon arrested the fleeing suspects – a 15-year-old and 17-year-old boy.

The passengers were treated for minor injuries after the crash. Charges are expected to be filed.