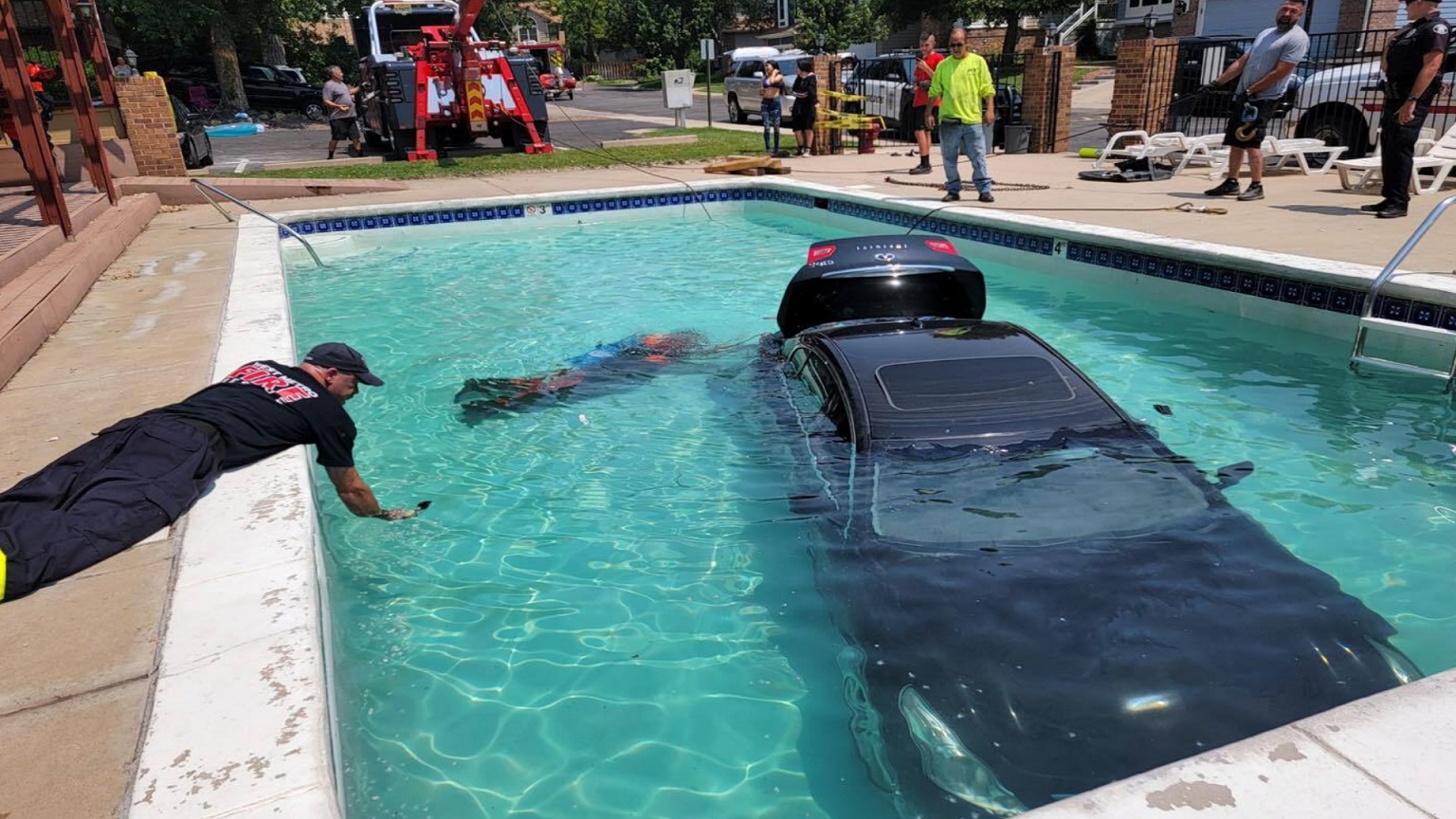 Lakewood Police in Colorado took the opportunity of a car getting stuck in a pool to engage in banter with the public and make a few jokes.

The incident began after a teen driver accidentally reversed their Infiniti into a pool. In a photo released by the department, an Infinite can be seen fully submerged in a local residential pool.

According to police, the driver and adult passenger got out safely and no one else was injured in the accident. Fire crews and a towing company then helped remove the vehicle from the pool.

The police tweeted, “Man….it’s a #Hot one out there today, it would be a good day to jump in the….😳…..🤦‍♂️…..😑….pool. Thank you to @WestMetroFire for the follow up work, Ace Towing for getting the car out of said pool & to all that is good in the world for there being NO injuries to anyone.”

The driver has also received a citation for careless driving, according to police.

Lakewood PD didn’t pass up the opportunity for a few jokes following the incident.

After several commenters made “carpool” puns, police offered up one of their one.

“Check out our new Infiniti Pool,” police wrote. As for which one-liner was the best, police preferred their own of course.

“Just FYI, the best line for this is ‘Check out our new Infiniti Pool.’ Everyone else is battling for second place,” they said.