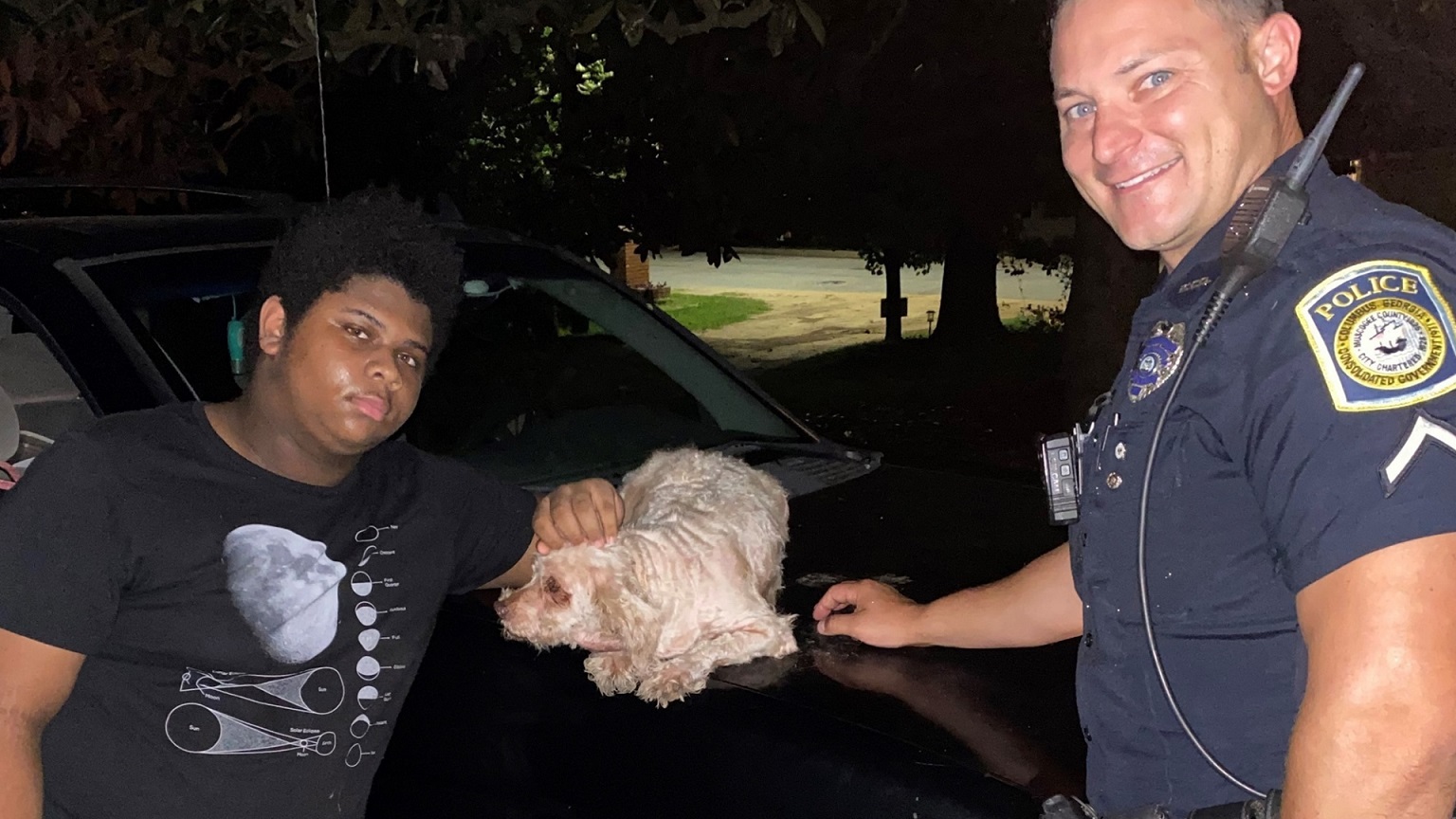 A Columbus, Georgia, police officer happened to be at the right place and right time when he located a missing girl and a missing dog on the same day.

The two consecutive but separate incidents occurred one after another.

Officer Robert Hughes first volunteered to assist in the search of a missing 12-year-old girl who had run away from home on June 21. Officer Hughes found the girl – who was barefoot and scared – in short order and brought her back home safely.

Shortly after, Officer Hughes was approached by a panicked citizen in the neighborhood, Mrs. Lilly, who was looking for her blind dog, Diamond. The 17-year-old dog had wandered off, and the family was concerned it would not be able to take care of itself or find its way back home due to its inability to see.

For Hughes that day, “he that seeketh, findeth.” According to a Facebook post by Columbus Police Department, Hughes was able to locate the dog in less than 10 minutes. The terrified dog was apparently hiding under the porch, and was returned to the family safe and sound.

Mrs. Lilly was so grateful to Hughes that she fervently prayed for him, asking God to keep him safe “during these trying times.”

However, Officer Hughes was still concerned about the family and their dog, and wanted to ensure that the dog would not go missing again. So, he returned a few weeks later with an electronic tracking device for Diamond. Now, the family can easily track Diamond if he gets lost again.