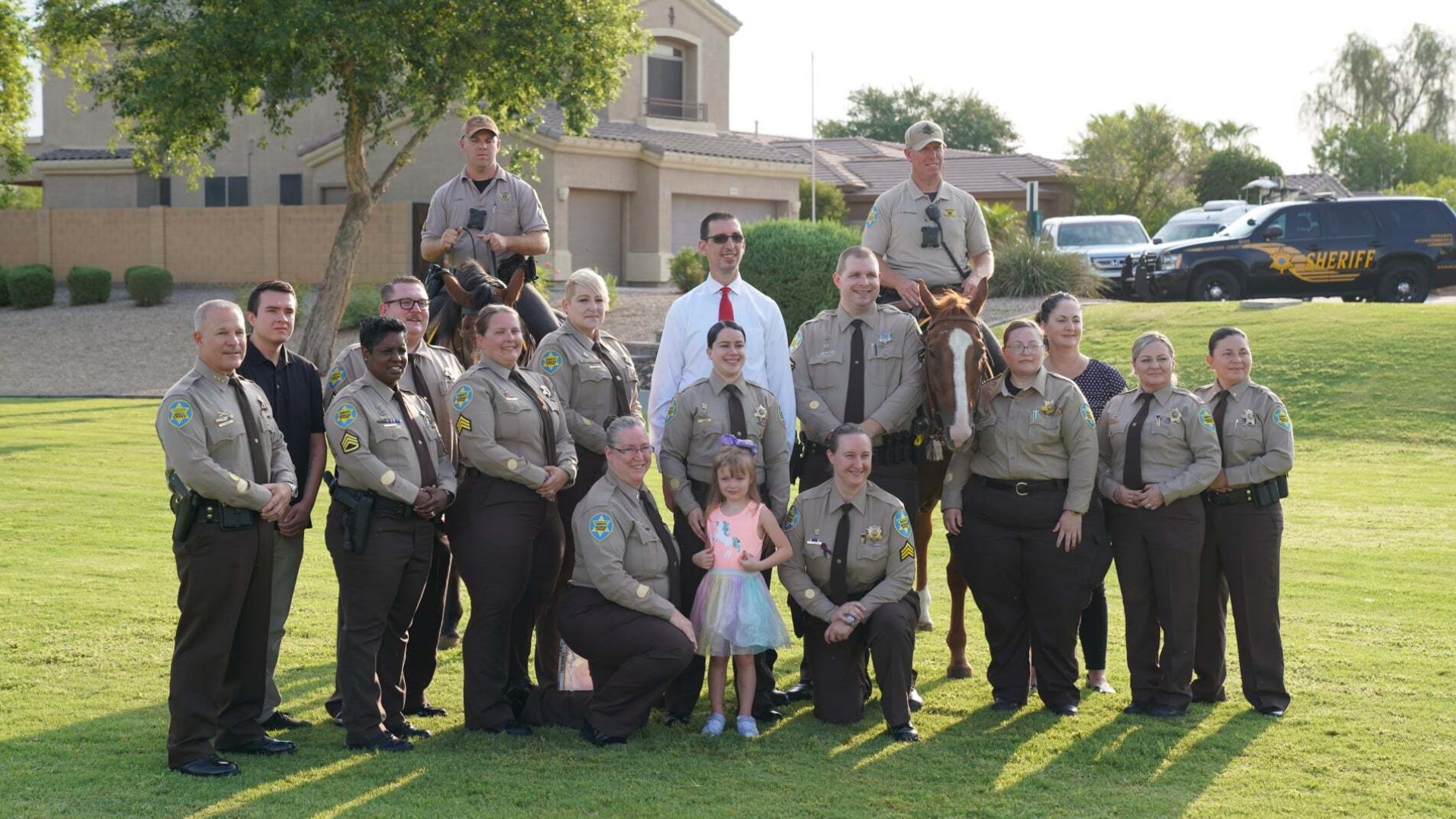 Deputies from the Maricopa County Sheriff’s Office showed their solidarity by escorting Julianna Kinnard, daughter of fallen officer Joshua Kinnard, to her first day of kindergarten in Chandler.

Joshua Kinnard, a former marine, was working for the sheriff’s office as a detention officer when he was killed in 2018. Kinnard suffered PTSD and was killed by police as they were responding to one of his episodes.

Now, Arizona deputies paid tribute to the fallen officer by being there for his 7-year-old daughter on her special day.

MCSO deputies lined up and offered her yellow roses as she entered the school, according to Fox 10 Phoenix.

“Nobody wants to lose a parent … and it’s things like this and the community coming together for this family that hopefully brings awareness to other families,” said Adam Bigelow with the PTSD Foundation of America.

Kinnard’s late fiancée and mother of their daughter, Maggie, said she was grateful for the community’s support. She started the Joshua Kinnard Foundation in his honor to raise awareness for PTSD.

“He joined the sheriff’s office and served the community that way,” Maggie said of her late fiancée. “He had the most amazing sense of humor. He was always stopping to help people.”

Maggie said that Kinnard’s former colleagues kept their promise to be present during Julianna’s milestones.

“When Josh passed away, a lot of the officers were like, ‘We will be there for her milestones,’ and this is one of the biggest ones for her, is the start of her education,” Maggie said.