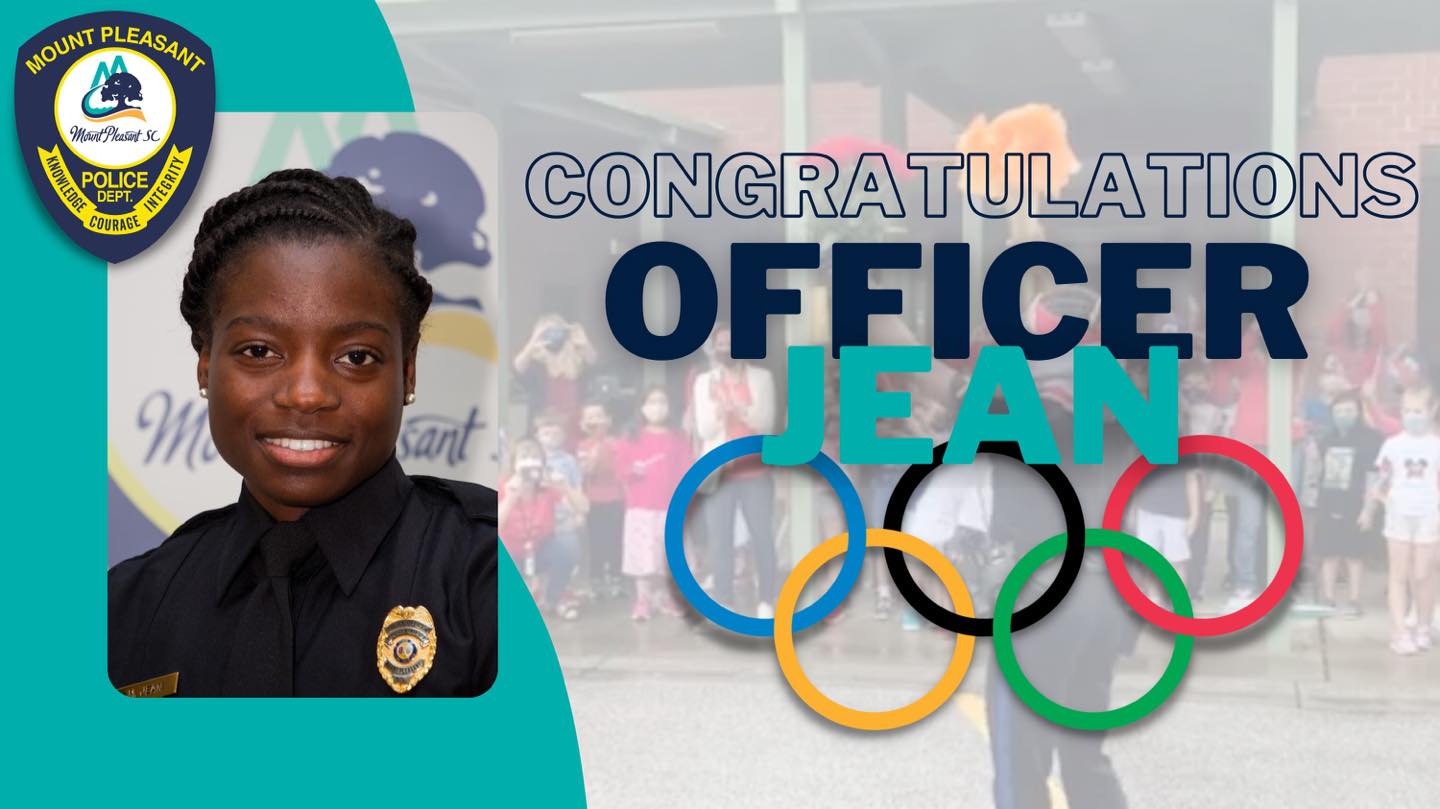 A Mount Pleasant Police Department (South Carolina) School Resource Officer and professional hurdler arrived in Tokyo to compete in the 2020 Olympic Games, and made it to the semifinals in her sport.

Officer Mulern Jean represented her home country of Haiti in the Women’s Track and Field 100M hurdles, advancing to the semifinals before crashing out. It was Jean’s second time competing at the Olympics. She also took part in the 100M hurdles at the 2016 Summer Olympic Games in Rio.

Jean, currently a School Resource Officer at Laurel Hill Primary School, is a former Charleston Southern and Florida State hurdler. She is also a Big South and ACC champion.

Prior to leaving for training, Jean ran the torch around the school parking lot while students and faculty cheered her on.

While she had the top 13 times of any Haitian hurdler this year, she was not fast enough to earn a medal, coming in 7th place in her quarter. On the plus side, she did beat her personal times in both rounds – earning a season-best of 12.99 seconds in the first round and finishing at 13.09 seconds in the semi-final.

For Jean, the best reward was simply getting to compete in Tokyo with the world’s elite athletes. Now, Jean is excited to get back to her job.