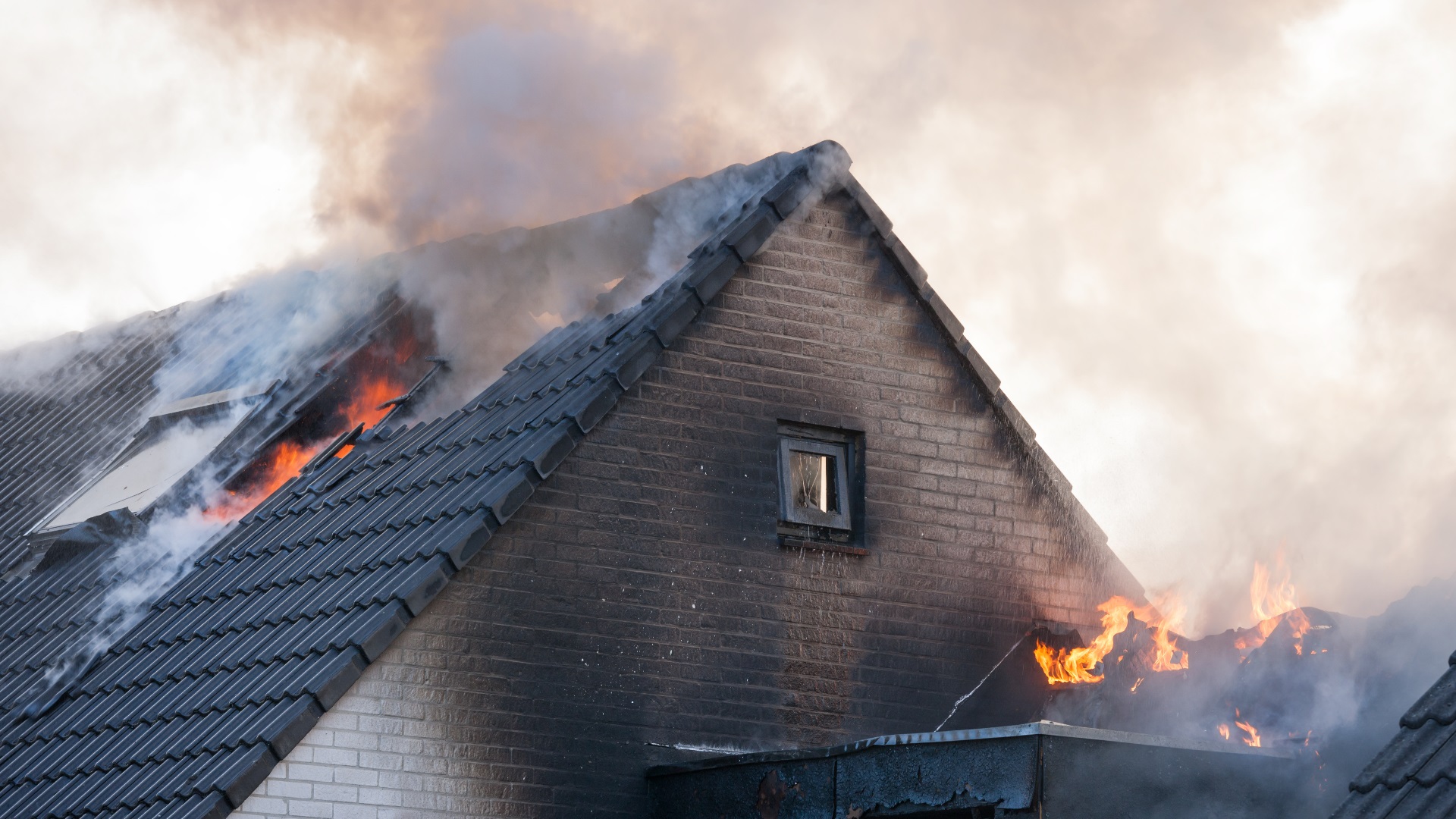 Mandy Leo, whose daughter was one of those rescued from the blaze, hugged the officer and expressed her thanks.

“Nothing prepares you for this,” Leo said with tears in her eyes. “Nothing.”

Leo and her husband were gone for the weekend, leaving their adult daughter and two of her friends to take care of the house.

At 4 a.m. on Sunday, the garage was hit by a lightning bolt that quickly turned into a fire.

Officer Jolin, who was less than a mile away, responded to the call after a neighbor reported the flames.

According to the neighbor, the roof was already on fire as he was pounding on the front door, trying to unsuccessfully wake up the girls.

Jolin decided not to wait, and smashed in the front window to enter the house.

“When you’re told there’s people inside you just go to work. All you’re thinking about is getting in there and getting everybody out as fast as you can,” Jolin said.

According to CBS 4 Boston, the sound of the broken window woke up one of the occupants, who then dialed 9-1-1 out of fear of a burglary — still unaware of the fire.

The officer quickly told the couple they had to get out, and then located Leo’s daughter in the basement bedroom as smoke began to fill the house.

Jolin said he wasn’t even thinking of the danger at the time, and downplayed his heroism.

“Anybody I work with — all of my brothers in blue — they’d do the same thing,” he told reporters.

Firefighters arrived shortly after the house was evacuated and were able to contain the fire with the help of a solid metal door acting as a barrier between the garage and the house.

“Property can be replaced, but people can’t,” Leo said gratefully.

Officer Jolin, a full-time electrician and a part-time cop, said he doesn’t do weekend patrols for a paycheck, but to make a difference in peoples’ lives. By that measure, he’s certainly succeeded.