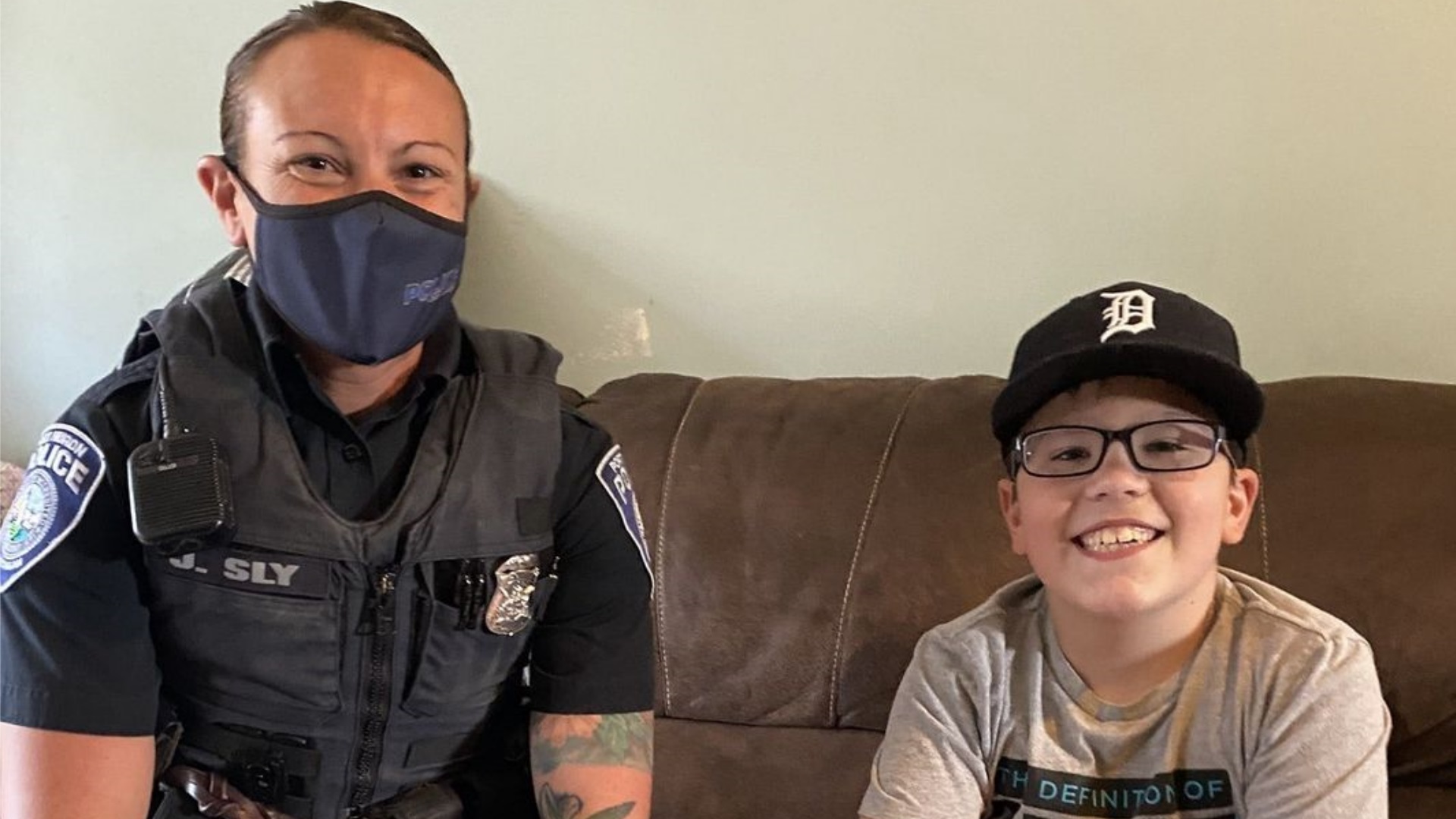 A Port Huron police officer helped a boy with special needs by working with the community to raise funds for a new van.

Officer Jennifer Sly helped raise over $50,000 dollars for a 2020 Dodge Caravan for Mason Warner and his family.

Mason, age 9, suffers from cerebral palsy and relies on a wheelchair for most of his transportation. Mason’s mother, Chantel Warner, said the family had to choose between a new home that could accommodate Mason, or a new car. They chose the home, and the community helped out with the car.

Without a specialized car with a ramp, getting Mason in the car was a challenge.

Eventually, word spread to Officer Sly who knew she had to help.

“So a friend of mine got a hold of me and was telling me about a friend of hers, that was kind of in need of a wheelchair accessible van,” Sly said.

Through funds raised online and help from local businesses and schools, the family was able to raise $51,000.

The funds not only will go to the van, but also must-needed improvements in the house.

“We still do lifting with the stairs here, we have to do lifting up and down the stairs,” Chantel said. “That money will cover the ramp and even the widening of the doorway from our bathroom and his bedroom so he can access both of those by himself.

The Warner’s are incredibly grateful to Officer Sly and the community for their help.