That does not mean it does not exist. What it means is the belief that covering for another officer’s misdeeds will somehow benefit you — that somehow, lying for someone else’s bad choices is in some way honorable — is untrue.

As law enforcement officers, we — very rightly — protect one another from harm or attacks on character. The problem is that officers sometimes find a misguided link between protecting each other or the profession from harm and outright covering for their unethical or illegal conduct.

In the United States, over 25,000 law enforcement officers have been decertified and never allowed to work in this profession again.[1]Roger L. Goldman (2018). “NDI: Tracking Interstate Movement of Decertified Police Officers.” Police Chief Online. Retrieved from … Continue reading The reason for these decertifications is rarely for a true inability to do the work. They are almost exclusively the result of choices — choices made by those officers that are either unethical, illegal or both.

Here’s the biggest problem: We, as a profession, are teaching our newest members (the rookies) that this is acceptable behavior. Somehow, as a profession, we’ve allowed the corruption of the political era of policing to continue into the modern day. This is a cancer in our profession.

During the political era of policing, many of the appointments of police chiefs and their officers and county deputies (aside from elected sheriffs) were made to individuals who toed the party line and enforced the laws important to those who appointed them. Elected sheriffs do have issues of corruption, however, based on their autonomy, fundraising capabilities and other issues.[2]Ellison, Blake (2019). “I Caught the Sheriff: Why U.S. Anticorruption Officials Should Keep an Eye on Sheriffs.” GAB: The Global Anticorruption Blog. Retrieved from … Continue reading

“There was no civil service system, so the police were hired, fired and managed at the discretion of the local politicians”.[3]Communitypolicing.com (n.d.). “Community Policing, The Political Era.” Retrieved from http://www.communitypolicing.com/history-of-policing. This type of corruption in our policing history continues to a lesser extent to this day. But here’s the problem: This type of buddy-buddy system that created many of the problems in American policing permeated throughout the ranks.

It is not unusual for law enforcement officers across the United States to feel a sense of kinship and brother/sisterhood to those with whom they work and often share life-or-death circumstances. Where it all goes south is when we’re willing to sacrifice our ethics, character and morals to protect one another from discipline. To the contrary, we should be holding each other accountable for our actions.

American law enforcement officers have a great deal of authority over others — as is the case throughout most of the world. How we wield that authority and for what purpose separates us from tyrannical governments.

As all of us know, there is a code of ethics for law enforcement that was created by the International Association of Chiefs of Police in 1957.[4]International Association of Chiefs of Police (2021). “Law Enforcement Code of Ethics.” Retrieved from https://www.theiacp.org/resources/law-enforcement-code-of-ethics. One of the most poignant passages in this document is the following: “I will never engage in acts of corruption or bribery, nor will I condone such acts by other police officers.” Lying to cover for another officer’s misdeeds is corruption. Not reporting another officer’s misdeeds is corruption.

We have been trusted with the protection of the public, and an expectation of that trust is ethical conduct that is beyond reproach. Not everyone is fit to wear the badge, physically or psychologically. When we discover corruption and lying among our ranks, we must act to root it out. The thin blue line must be protected. In the current climate of law enforcement — particularly in the United States — we cannot afford to look the other way when officers act contrary to the tenets of public service.

Mistakes made by one of our brothers or sisters are one thing — they can be corrected or outright excused. But when they consciously engage in corrupt or unethical conduct, they must be brought to account. 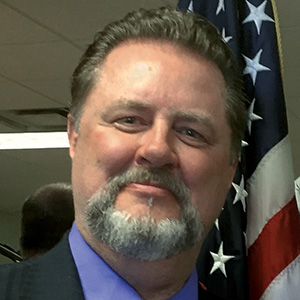 Scott Sterland is a sworn law enforcement officer with 30 years’ experience in the criminal justice system. Scott began his career with the King County Sheriff’s Office in Seattle. He served as a deputy, sergeant and eventually the head of the training unit for 730 sworn deputies and administrative staff and a contract police chief. Scott then took a position as the chief of police in Mount Horeb, Wisconsin. He was subsequently asked to run the police academy at Madison Area Technical College. After successfully completing that contract, he spent 15 months in Afghanistan as a contracted police advisor, ultimately writing curriculum for the Afghanistan National Police Academy. He then returned to the State of Washington and served as a police chief for the city of Kettle Falls. Scott is now an agent and instructor for the Montana Law Enforcement Academy in Helena. He has two master’s degrees — one in organizational management and the other in criminal justice.