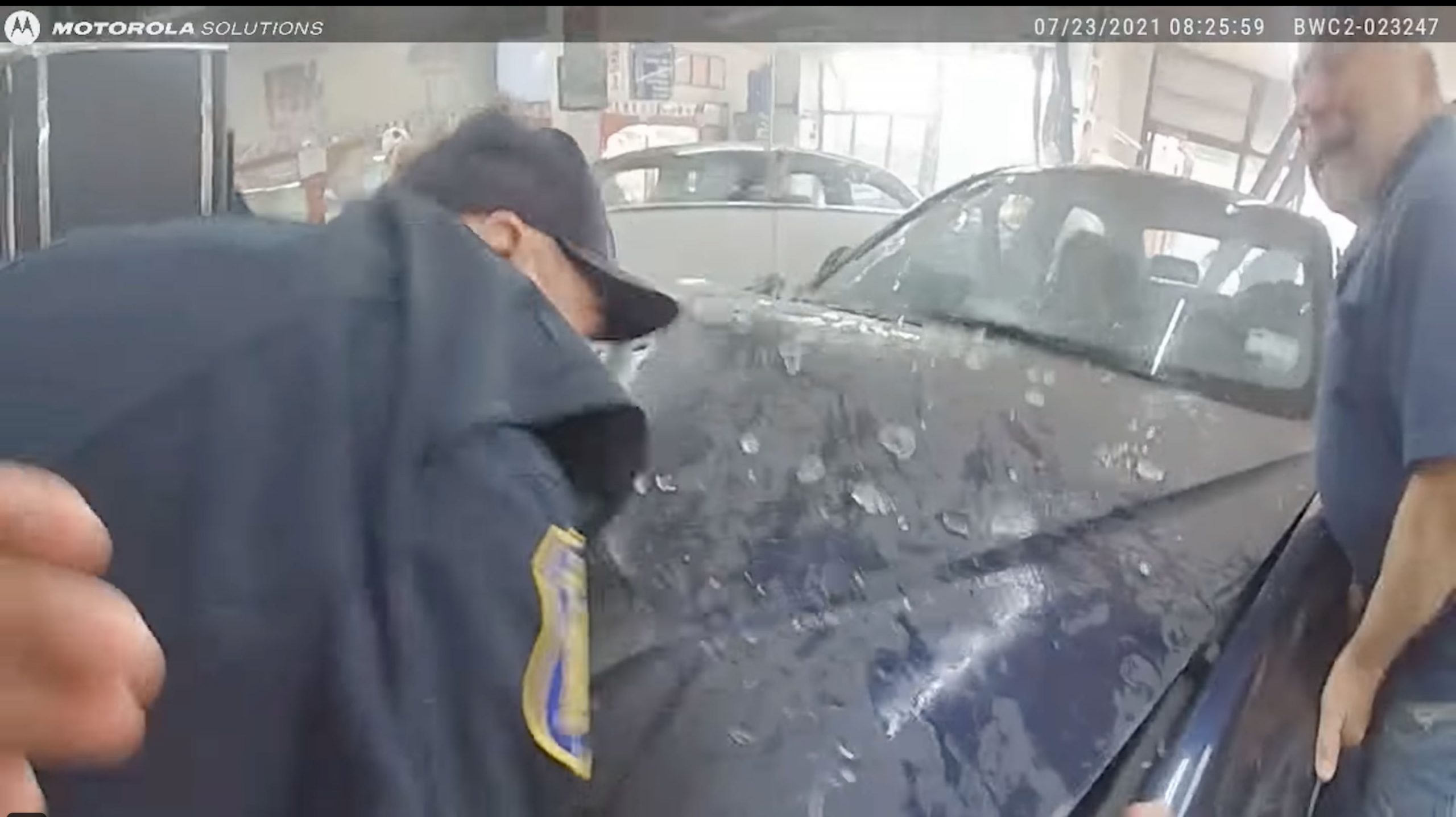 Two New York police officers are being called heroes after rescuing a mother and her baby trapped underneath a car after it crashed into them and a nearby building.

Surveillance footage released by the Yonkers Police Department showed the mother holding her child while crossing the street when an out-of-control car sped around the corner and crashed into them. The car then dragged the victims along with it into an adjacent barber shop storefront window.

Two police officers happened to be eating at a bagel shop next door when the crash occurred and rushed into action.

Body cam footage released by the Yonkers Police Department showed a chaotic scene with shattered glass and people screaming. Officer Samoyedny and Officer Fusco could be seen working with bystanders to lift the car and free the baby from the rubble.

“Grab the baby, grab the baby,” Fusco is heard saying while he and others continue holding the front of the vehicle off the ground.

Samoyedny picked up the child and said, “I got the baby.” The 8-month-old baby, who was wearing a Minnie Mouse dress, could be seen crying.

According to a Fox 5 report, the baby suffered a skull fracture and the mother compound leg fractures. Fortunately, both victims are expected to survive and are doing “extremely well” in the hospital, police say.

David Poncurak, 43, was arrested for driving while intoxicated and for not having a license. He also faces a second-degree vehicular assault charge.

The woman who was in the car with him was uninjured.