Police discretion is one of the most valuable assets that individual officers and deputies are granted — the ability to look at the totality of each given call or situation and to apply common sense, legal doctrine and legislative intent to arrive at some level of justice.

This was also an era when recruits across the country were routinely instructed to already have their enforcement decision made for their traffic stop before they had even contacted the violator. This would ensure that the bulk of the information would be removed from a good decision-making process, which would fly in the face of looking at the totality of circumstances for each policing incident.

Today, the zero-tolerance movement has been replaced with concerns about and processes to eliminate racially biased enforcement. Setting a bar for enforcement that is based on articulatable facts and not personal whim or prejudice of an individual officer is even more important today.

Does every law violator or even every speeder need to be arrested or issued a traffic citation? It would fly in the face of community-oriented policing. It defies selective traffic enforcement that first targets crash-causing violations in areas where crashes occur, with the aim of reducing crashes and improving vehicle, bicycle and pedestrian safety.

Let’s start with a foundational expectation that law enforcement should universally share, to use the lowest level of force (or enforcement) to gain the highest level of voluntary compliance. Discretion allows an officer to evaluate the totality of the circumstances that each incident presents and then apply an action that achieves that goal of attaining compliance.

We all know at least one officer who has a passion for traffic enforcement. They have set their own enforcement tolerance — a ticket for everyone exceeding a speed limit by 6 miles an hour. Like an automaton, they dutifully pursue their passion of enforcement. They routinely turn in a stack of citations. But is that blanket enforcement reducing crashes and making the roadway safer using the lowest level of enforcement to gain that compliance goal, or it for revenue generation or blind enforcement?

Was the violation one that has contributed to crashes? Were multiple violations involved in the same stop? Would a verbal warning (documented in police records with a FIR or CAD entry) be sufficient to change behavior? A written warning? Or would a traffic citation be necessary to jar a change in a person’s conduct? Granted, some folks are not going to change, so a penalty such as a citation is an obvious and reasonable tactic.

Should we consider the final impact that our enforcement actions may have on an individual? Certainly, if Bill Gates were stopped for speeding to his favorite Burgermaster or Dick’s Drive-In or around the Seattle area, his ability to pay a traffic citation would have little impact on his life. On the other hand, an employee working for one of these fast-food establishments who was hit with a $150 speeding ticket could be seriously impacted. Should this disproportionality be considered?

If we are concerned with some level of justice or proportional enforcement, using the lowest level of enforcement to gain compliance, we could achieve change through other options that are at our disposal versus merely writing a citation.

What about the criminal statutes? Should we arrest every individual just because probable cause exists to make an arrest? Should every neighborhood dispute result in an arrest? Should every noise complaint include a citation? Again, discretion becomes extremely valuable in trying to resolve quality-of-life incidents and technical violations of the law.

I had a chance to review a stack of law enforcement agency policies for this article. I was looking specifically for criteria that established written enforcement tolerance for either traffic or criminal violations. Except for mandatory arrest provisions for domestic violence laws and a few states that mandate the absolute arrest for driving under the influence (such as Kansas), there was little discussion about criminal law enforcement tolerances.

In reviewing enforcement tolerance policies, some agencies rise above others. One Minnesota agency notes that in speed zones ranging from 30 mph to 65 mph, “streets posted at these speeds vary from residential streets to interstate highways. Generally, a tolerance of 10 MPH should be given before a citation is issued on these roadways.”

An Illinois agency gave this guidance: “Verbal warnings will generally be given for speed violations up to and including nine (9) miles per hour over the posted limit. Any driver exceeding the posted limit by more than nine (9) miles per hour may be warned or cited, based upon officer discretion or when variation from this tolerance is ordered by a superior officer.”

An Ohio department includes some philosophy of enforcement in this directive: “The police department seeks to gain voluntary compliance with traffic laws and regulations. An officer’s enforcement action must take into account the severity of the violation committed. Warning, written or verbal, or other non-punitive enforcement actions may be substituted for arrests or citations when circumstances warrant, especially in the case of inadvertent violations. The likelihood of a citation or arrest should increase when the risk to public safety is greater. The officer shall consider road and weather conditions, time of day, and presence of pedestrian(s) or other traffic, among other factors, in determining the increased risk to public safety.”

A study by Geoffrey P. Alpert, funded by the Department of Justice, helped to quantify how officers quantified factors that led to a stop/detention or traffic stop. This early study provided insight into the actions and attitudes of officers and citizens and how they have an impact on enforcement actions. This information can help shape non-bias-based decision-making models for the future. A couple of key takeaways from the study: Most officers had working rules to help them identify suspicious persons or to determine how to handle a particular situation, and most officer decisions were based on behavioral criteria, although decisions based on the non-behavioral criteria were also important.

Do we need a system like solvability factors that score crime reports using a series of scorable questions to determine a scoring system? This may well be overkill.

The Virginia Center for Policing Intervention (VCPI) offers a link to evaluate modern policing and purpose. We know the balance that is required between being the guardian who focuses on community care and the warrior who zeros in on a community cure. Establishing an enforcement tolerance involves the continuum between these two roles and our sense of purpose, which is so powerful that the simple act of asking, “What is my purpose?” will have a dynamic impact on the choices that police officers and agencies make every day in molding a defensible enforcement tolerance.

Alpert notes that changing police officers’ attitudes alone will not change their behavior on the street. If changes are desired, leaders need to codify policy and managers must provide training and guidance to educate officers. This training must be supported by close supervision to ensure that it leads to the desired goal and supports the purpose of our enforcement action.

Can this be distilled down into a simple reference card or common-sense policy to jog our minds as we make enforcement decisions? Something that is defensible when the community asks why or how we arrive at enforcement decisions makes simple sense. If we can’t explain our actions, then it sounds more like an arbitrary and capricious process, which flies in the face of community policing and accountability. At the very least, this is a discussion for basic police academies and law enforcement leadership, with reinforcement at daily briefings across the country. 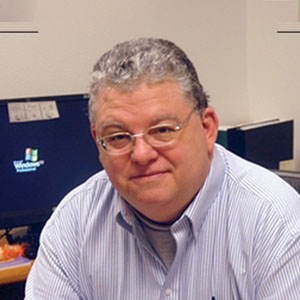 Robert Spinks started his career in 1981 with the Eugene, Oregon, Police Department and later served at the Port of Seattle Police Department. He has been the chief of police in Sedro-Woolley, Washington; Milton-Freewater, Oregon; Sequim, Washington; McNeese State University; and is currently the chief in Parsons, Kansas. He is an instructor and adjunct faculty at the University of Arizona Global Campus and Labette Community College. Community policing information can be downloaded from www.parsonspd.com.