When I was assigned to the Homeland Security Section of the Orange County Sheriff’s Office, it was an unwritten foregone fact that I would also be transferred to the Critical Incident Management Team or CIMT. CIMT was part of the High-Risk Incident Command Section that included the SWAT Team, the Bomb Squad, the Hostage Negotiation Team and the Emergency Response Team (Riot Control). CIMT was designed to assist the incident commander in managing a critical incident or event, whether planned or unplanned.

CIMT functions as a tool for the incident commander to effectively command and control all aspects of an event from beginning to end. CIMT provides a support service, not a command function. For example, CIMT has responded to the Florida Sheriff’s Desk in the State of Florida Emergency Operations Center. The Critical Incident Management Team also confirms that the concepts and tasks of the Incident Command System (ICS) are followed.

I have had the privilege and honor to help mother nature’s wrath survivors, from hurricanes to earthquakes and floods to fires. I have worked sporting events from the NBA All-Star Jam Session to the Daytona 500. In addition, CIMT has deployed to concerts and mega conventions such as the Democratic National Convention in Tampa. As a result, I have experienced sights, feelings and emotions that most have never had the opportunity to enjoy!

The Homeland Security Section watched the news for three days, figuring out where Hurricane Katrina would make landfall. The sheriff had instructed CIMT to plan to deploy three 30-person response teams to the impacted area of the storm once the ESF-16 desk issued the tracking number in the State EOC in Tallahassee.

Waveland, Mississippi, known as the land of waves, would live up to that title on the morning of Monday, August 29, 2005, when, at 8:01 a.m., the eye of Hurricane Katrina made landfall. What followed was a 26-foot wall of death known as storm surge arriving during high tide that killed 50 people and obliterated the community that was ground zero for this Category 5 hurricane.

Within a day, the tracking number was issued by Tallahassee, and OCSO responded to the first 30-person team to Waveland, Mississippi. OCSO was paired with the Polk County Sheriff’s Office, which was beneficial because both agencies had been deployed together in the past, and all of the troops, for the most part, got along.

When Team One from OCSO turned onto the exit to Waveland from Interstate 10, many team members stared in disbelief at the water line from the storm surge evidenced only feet from the top of the roadway embedded in the dirt wall supporting the elevated highway. Many team members were astounded since Interstate 10 is inland, several miles from the beach. As the team continued onward to Waveland, it seemed like a war zone. Cars were turned upside down in the middle of the roadway and the ditches along the highway. Boats were in the trees, and household furniture was on the rooftops of many businesses. Toys, baby furniture and other household debris were scattered along the road and woods. No people were around, and the silence was deafening.

A scouting team reported observing in Bay St. Louis an elevated front porch for a grand old southern mansion with the only thing remaining and appearing to be untouched was a closed and locked front door in the door frame. Everything else from the house was gone. A known local collector of classic Chevrolet Corvettes had 20 in his collection stored in a large metal storage building on his property. The homeowner was out of town when the storm came ashore and unable to secure or move his cars. When he was allowed to return, the only thing left was the foundation for the building. Mother nature had taken everything else.

Orange County Sheriff’s Office arrived at the predesignated base of operations at the Walmart Supercenter in Waveland. Polk County was not far behind. The watermark on the store was almost to the top of the building, indicated on the block wall facing the street. There were still signs where the storm surge crashed open the shut and locked glass front doors and entered the business with millions of gallons of saltwater damaging or destroying all contents of the supercenter. A Taco Bell was toward the front of the parking lot, and after a day or so, the tell-tale scent of that unquestionable source led us to one of those 50 killed when the storm came ashore. The loan employee thought he would ride out the storm.

The first team from Orange County had the responsibility to set up camp. They had to rough it with only the supplies they brought. For example, there were no restroom facilities when the deputies arrived. Experienced team members got a five-gallon paint bucket with a Home Depot or Lowe’s lid to use as their restroom. Inexperienced members had to use the woods behind the Walmart. The value of toilet paper would not see such high levels until the coronavirus pandemic of 2020. It took about five days before the first set of 10 port-a-potties arrived and were set up in the middle of the Walmart Supercenter parking lot.

Whether it be the experience of working with lifelong friends and helping homeless people in Waveland, Mississippi, during the aftermath of Hurricane Katrina or at an incident such as NASCAR standing near the concrete and chain link fence in the infield at the first turn of the Daytona 500 hearing and feeling all 40 cars make that turn in the first moments of that great race is all due to my participation in a law enforcement specialty team. Do yourself a favor and experience a world that may be passing you by. Join a specialty team! 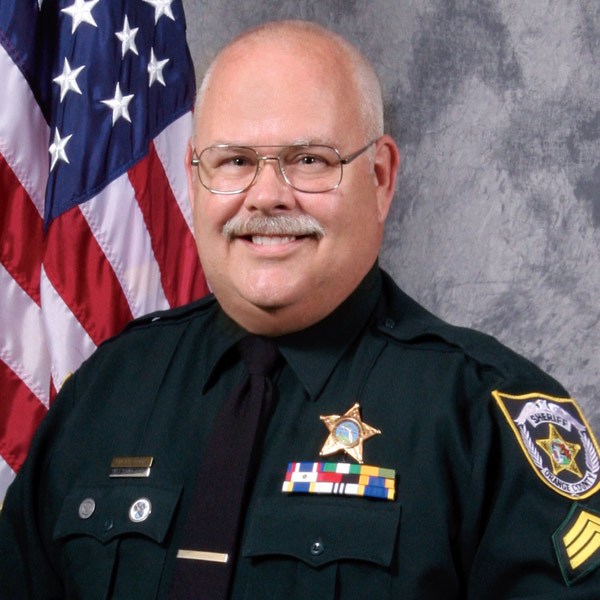 Steve Thomas has worked in both municipal and county law enforcement arenas since 1976 and subsequently held a variety of positions, including detective, patrol sergeant, and assistant team commander of the Critical Incident Management Team. Steve was on the design team and was director of the Orange County Sheriff’s Office Command School. He graduated from Columbia College with a bachelor’s degree in General Studies. Steve’s retired in Central Florida.