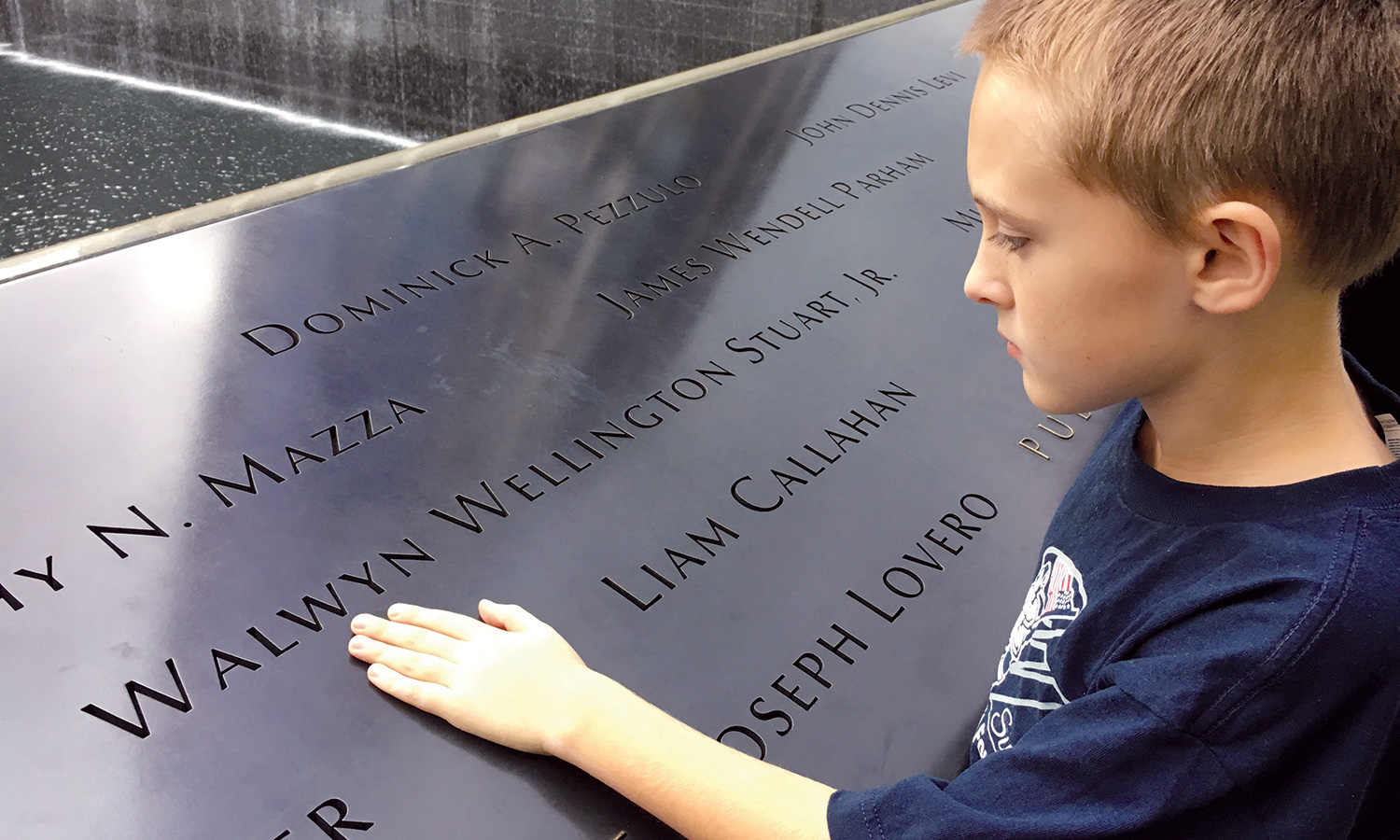 Nine-year-old Zechariah Cartledge is much like other boys his age. He enjoys video games, school sports and being with friends and family. But how many 9-year-olds raise thousands of dollars and make their way to New York City to run the Tunnel to Towers 5K with cops, firefighters, military personnel and 30,000 others honoring our fallen heroes?

Zechariah is a fourth-grade honor roll student and gifted runner at Layer Elementary School in Winter Springs, Florida, where he runs cross-country, plays soccer and enjoys flag football. His respect for first responders, going back to when he was a toddler fascinated with police and firefighters, was why he asked his parents to sign him up for the 2017 Orlando Tunnel to Towers 5K, one of the many events across the nation organized by the Stephen Siller Tunnel to Towers Foundation to raise money benefiting first responders and injured military service members.

Zechariah was given the name of a police officer to run for, someone he had never heard of. In a school essay about his Tunnel to Towers experience, he wrote, “I have a big respect for our first responders and immediately decided to find out more about why this race was so important.” The name he was given was Walwyn Stuart, who, he learned, had died a hero on September 11, 2001, at the World Trade Center.

Stuart, a 28-year-old Port Authority of New York and New Jersey police officer and a member of the Port Authority Police Department’s PATH Command, was patrolling the PATH subway station beneath the massive World Trade Center complex when the terror attack began. Stuart evacuated the subway station and ordered an arriving train to bypass the World Trade Center, saving an additional 1,500 lives. He then went above ground and rescued others from the still standing but burning towers. He was never seen again.

Zechariah’s father, Chad, says his son has run more than 30 races, but the Orlando Tunnel to Towers 5K was special. “Of all the 5Ks that I have run in,” Zechariah wrote in his essay, “the one that made the biggest impact on my life was the 2017 running of the Tunnel to Towers 5K in Orlando.” After that, he became determined to travel to New York City in September 2018 and run the original Stephen Siller Foundation Tunnel to Towers 5K that retraces the September 11, 2001, steps of New York City firefighter Stephen Siller, who abandoned his personal vehicle on the Brooklyn side of the Brooklyn Battery Tunnel, donned 60 pounds of gear and ran through the tunnel to the World Trade Center, where he died in the collapse of the towers after rescuing many.

A community fundraising campaign to help Zechariah and his family with travel expenses quickly reached its goal, prompting Zechariah to ask his father if they could continue to raise money specifically for the Stephen Siller Foundation. He ended up generating more than $11,000. “I was so happy to see people wanted to help me raise additional funds for such a great cause,” Zechariah said.

On September 30, 2018, Zechariah and his father participated in the 5K with a contingent of Port Authority police officers, who ran in full gear, in honor of Walwyn Stuart, Stephen Siller and all fallen first responders and members of the military. Reflecting on the run, he said, “I am thrilled to be able to honor the heroes of 9/11. I hope and pray they will always be remembered.”

Walwyn Stuart was one of 37 Port Authority police officers killed in the line of duty on September 11, 2001, at the World Trade Center, a fact not lost on Zechariah’s father when he noted, “Zechariah stated that he was going to enjoy himself and not try for time at this year’s event, so he wasn’t going to come close to his 22–25 minute average.” He added, “Official results are in, Zechariah finished the race in 37 minutes… That means Zechariah ran 1 minute for each of the fallen PAPD officers. I don’t believe in coincidences.”

To say Zechariah is a special kid would be an understatement. He began running cross-country in first grade as a 6-year-old. He quickly progressed from half-mile runs to one-mile races. In addition to all the 5Ks, he has also run a half-marathon. And, as it is sometimes said, “One good deed leads to another.” Zechariah’s deeds have led to his father getting in shape, losing 60 pounds and being able to run the New York City Tunnel to Towers with Zechariah. Chad is now signed up with Zechariah for the Clearwater, Florida, Tunnel to Towers 5K. But the emotional highlight of Zechariah’s New York trip was meeting Thelma Stuart, Walwyn’s wife.

Thelma was unable to attend the Tunnel to Towers 5K because she was away with her daughter, Amanda, who was celebrating her 18th birthday. (Amanda, now a university student, was less than a year old when her dad was killed.) However, Thelma and Zechariah were able to meet in a joyous event at the Port Authority Police Department JFK Airport station before the Cartledge family returned to Florida. Zechariah read a letter he wrote for Thelma, in which he said, “It was an honor to run for your husband, Walwyn. He was a brave hero for sacrificing his life that day. He tried with all his heart to save people that day. He is a great example for people who also would love to be a police officer someday.”

Thelma embraced Zechariah, saying, “My husband would be so honored, I wish you could have met him.”

Zechariah is now home, back in school and being a 9-year-old. He is also preparing for the Clearwater Tunnel to Towers 5K and looking forward to his 2019 return to New York City to once again pay tribute to the heroes of September 11, 2001.

Zechariah my grandson and Zechariah my hero is one in the same. When I was 10 I lost my sister(age11) to a DUI on the date of Zechariah birth date her death date was 10/21/1968 When he was born I was healed from deep hurt of her death and knew my sister was with all of us..

Thank you, Zechariah, for what you are doing, and for being another example of heroism for our heroes who have died in service of our fellow citizens-both in New York and in your home state of Florida! I have no doubt that you would also have run toward the towers on September 11, just as our heroes did on that dark day in our history, if you had been old enough to have been there on that day.

Your actions are an inspiration to the young people of our country. Who knows how many people who hear your story will decide to join the police, fire, or military service because of your determination to honor the fallen by running in their name? You are bringing attention to the dedication of those who serve, and who run toward danger while others were running away. You should be proud of being such a role model for others, and never underestimate the influence of your mission on others who hear about it.

I heard you on FOX this morning and let me tell you Zechariah, you DO have the courage to be a first responder. Keep praying and God will show you the way.