Since transitioning out of the Marine Corps in 2015, I have had the incredible privilege of running a firearms training company for a living. Every year, our team at Defensive Tactics and Firearms trains and educates more than 1,500 citizens, military personnel and law enforcement officers. When we first began hosting law enforcement training, we dedicated a portion of every class to off-duty carry considerations. Without fail, we observed a significant decrease in the proficiency of officers when engaging from concealment. Thus, our Beyond the Badge series was born.

The concept for the course came from my good friend and our chief instructor, Shane Regan (aka Instructor Shane). During course critiques, nearly every student mentioned the off-duty carry portion as the most impactful section. There were a lot of “aha” moments and plenty of room for growth when transitioning from a duty holster to concealed carry. For Shane and me, as trainers, there was an equal amount of learning and growth occurring as well.

More than improving individual skill sets, we wanted to understand why officers were consistently challenged when shooting engagements from concealment. We also wanted to share these insights with the students, allowing officers to take these lessons back to their departments. After training hundreds of officers, conducting an equal number of debriefs and interviewing select students, we began to uncover the root of the problem.

It’s all in your head

The majority of officers attending our course reported that very little, if any, of their training time was dedicated to preparing for an off-duty encounter. This means drawing from concealment is a conscious action. On the range, this conscious effort translated into a slower presentation, which set the stage for overall slower engagement times.

To establish a baseline, we start by timing officers using their standard on-duty rig. At three yards, nearly every student is able to get two A-zone hits in 1.5 seconds or less. We immediately have students transition to their off-duty, or concealed carry, setup. This is where the wheels start to come off. On average, most officers recorded engagement times of 2 to 2.5 seconds. A significant number of students also pulled shots outside of the A-zone.

From speaking with students, we learned there were two primary internal variables at play. As stated above, the first is the conscious action of drawing from concealment. Unlike drawing from their duty holster, most officers are actively thinking about the process of presenting from concealment. This focus compounds into other areas, such as acquiring the sights or pressing the trigger, which are typically actions done at the subconscious level. Although drawing and shooting was typically a subconscious process, as students began to actively think about drawing from concealment, they also began to consciously think about all the steps involved in shooting their firearm. This created a longer overall engagement time.

The second internal variable can only be described as mental self-flagellation. Students reported being fixated on the perception of a slow or fumbled draw-stroke. The feeling of being slow out of the holster or not establishing a good grip caused them to rush the shooting portion in order to make up for the lost time. This is where the majority of shots outside of the A-zone came from. The number of four-letter words on the firing line provided clear and convincing evidence of this phenomenon occurring.

How do we help officers overcome these internal challenges in order to be physically and mentally prepared for an off-duty encounter? The easy answer would be for them to train more from concealment. However, I believe this answer is a cop-out (no pun intended) for trainers. The truth is, unless an officer has a plainclothes assignment, improving concealed-carry principles should be much lower on the training totem pole than other skills. What officers really need to conceptualize are the implications of the differences between on-duty and off-duty carry.

The most important implication officers must understand when transitioning to concealed carry is an increase in the reactionary gap. As presented in Dennis Tueller’s groundbreaking research, the average officer can get two hits on target in 1.5 seconds from a duty holster. An assailant with a similar physical makeup to an average officer can cover 21 feet in the same amount of time. Tueller’s data suggests that an assailant within 21 feet could reasonably close the distance between themselves and an officer before the officer could present their firearm. This isn’t necessarily because the assailant is faster. In large part, it is due to the reactionary gap.

The reactionary gap is the delayed time it takes for an officer to recognize a threat (assailant makes a furtive movement), determine the appropriate action (shoot to stop the threat) and execute the action (present the firearm and engage). At the foundation of Tueller’s concept is the understanding that space equals time. Officers attending our course quickly realize their presentation from concealment will likely never be as fast as their presentation from a duty holster. Based on their individual skill set, officers begin to establish a new minimum standoff distance when carrying concealed. When officers are placed in scenarios where creating linear distance is not an option, they begin to understand the importance of lateral movement as part of the draw-stroke or using obstacles as a means of creating space to buy more time.

We also have officers consider the tactical advantages of off-duty carry. Based on the incident, officers may have an opportunity to flip the script and force suspects into a reactionary mode. As the old adage goes, “Patience is a virtue.” Sometimes, in a gunfight, you just need to wait your turn. Off-duty officers may find an opportunity to capitalize on a suspect being distracted and go on the offensive themselves. To prepare officers for these scenarios, we explore the pros and cons of a quick presentation versus a deliberate presentation.

The major implication we want officers to understand here is that quick movements are more likely to gain the attention of an assailant. We use the term deliberate presentation. This means officers move at whatever speed they feel is appropriate to safely remove their firearm from the holster without alerting the threat. A deliberate presentation may put officers in a tactically advantageous position to counter the threat or begin the fight on their terms.

Preparing for an off-duty encounter, or carrying concealed, is a skill set most officers have not dedicated a significant amount of time to developing. Many officers were honest enough to share that they just assumed they could perform at the same level from concealment as they do from a duty holster. Our observations revealed that it takes most officers more time to get two hits on target from concealment than from their duty rig. The type and amount of movement necessary to present from concealment undoubtedly contributed to a portion of this time difference. However, it was the internal stress of consciously performing an action and self-critiques that played a bigger role in the engagement times and accuracy of students.

Although officers should always be encouraged to improve themselves and their craft, we need to be realistic about where officers should focus their efforts. If the data suggests that most officers will not be as proficient with their firearm from concealment as they are from a duty holster, then we need to help officers understand what this implies during an off-duty encounter. Since officers will reasonably need more time to present their firearm from concealment, they should employ tactics that create more space through linear distance, lateral movements or exploiting obstacles in their environment. Officers should also explore alternative means of presenting their firearms that may provide opportunities to decrease the reactionary gap or shape the battle space in their favor. Regardless of their proficiency, officers must make a personal decision to carry their firearms when off duty. 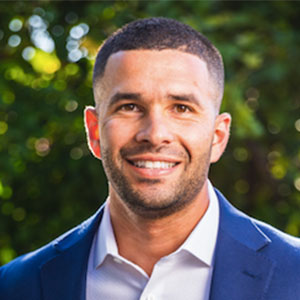 Morgan Ballis is the founder of Defensive Tactics and Firearms and director of strategic planning and training at Campus Safety Alliance. As a nationally certified law enforcement trainer, Morgan prepares officers in responding to violent critical incidents and employing single-officer response tactics. Email Morgan@Campus-Safety.us or find him on Twitter @CampusSafetyDad.

As seen in the August 2021 issue of American Police Beat magazine.
Don’t miss out on another issue today! Click below: