An officer carries an average of 20 pounds of equipment at any given time. On their belt hangs their duty weapon, extra magazines, Taser, baton, pepper spray, radio, flashlight, handcuffs, probably a set of keys and maybe even a utility knife. Above their belt, they wear a thick layer of bulletproof armor and a body-worn camera. These tools are standard to the job and are there to assist in the difficult work of policing, including the often dangerous work of subduing a violent or resistant suspect. While these tools are essential, another tool may be even more powerful when it comes to overcoming citizen resistance. That tool is curiosity.

Now, we’ve all heard that curiosity killed the cat, but by curiosity I don’t mean poking your nose where it doesn’t belong. What I mean is that when you are faced with resistant, defiant, aggressive behavior when you are responding to a call or investigating a crime or otherwise trying to get a person to comply, rather than using your weapons to get control, you can get curious.

I’ve been an academic and practitioner in the field of conflict analysis and resolution for over 15 years and have been working with law enforcement for nearly 10. What we see in conflict studies, and what we see when we pay attention to our own experiences of conflict both on and off the job, is that conflict is enflamed when something that matters to us feels threatened and is subdued when we feel understood. This runs counter to the commonly held idea that conflict is conquered by power — that the bigger, stronger, more powerful person wins — but it’s worth considering.

Officers respond to crime, crisis and stress, and because of that they face unpredictable situations that can change on a dime. They must be prepared and ready to use force if necessary. While most officers don’t use force or draw their weapons on shift, when they do, 98% of the time it is because they are facing resistance from citizens. The default is to overcome challenging behavior with force, because not only is there some success in that, but it’s also written into how policing is done. Contemporary law enforcement is premised on the power of deterrence. If we can make breaking the law or not complying with authority unsavory enough through the threat of punishment, people will comply.

But this doesn’t always play out in the field. When force is met with force, conflict escalates. It gets more and more heated and requires more and more force. An officer may win in the short term, but the consequences are high. Officers can get hurt, lose careers and further fracture the trust between the public and the police.

So how can curiosity take the place of force in the face of resistance? The answer is by recognizing resistance as conflict behavior.

When we feel threatened or like we might lose something that’s important to us, our automatic response is to defend. In a police encounter, that might look like resistance, aggression or noncompliance on the part of the citizen — behaviors that generally trigger a move up the force continuum. But force merely increases the sense of threat. Our survival instincts kick in and we double down on defending ourselves. Have you ever noticed that the more you try to fight, the more a person will fight back? This is true when we fight verbally and physically.

What people want when they are feeling threatened isn’t to fight more, but to be understood. Communication and conflict researchers show that when individuals feel understood, feelings that reduce threat are activated — feelings of satisfaction, security and relief. When people feel that their thoughts, feelings and point of view are understood, it interrupts their need to keep fighting. In fact, feeling understood correlates to feelings of fairness. When people feel as though they are being treated fairly, they are more willing to listen to an officer and accept the consequences of their actions without a fight.

To understand a person in conflict, you first have to recognize that resistant, defiant, aggressive behavior is conflict behavior. Then, you need to get curious. What are they defending against? What is threatening to them? What are they worried is going to happen? What do they imagine they are going to lose? You may think the answers are obvious, but you’ll find that they’re usually not what you expect. Asking these questions, and really listening to the responses, will keep you from getting sucked into a fight and will stop a situation from escalating. You will be able to control the tension, learn what the problem is so that you can solve it and resolve the encounter much more easily, effectively and with less collateral damage than using tools of force. And it won’t even add any weight to that belt. 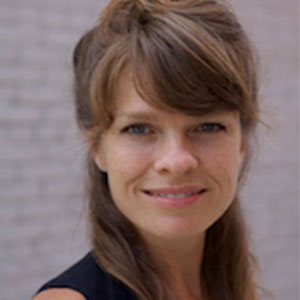 As seen in the August 2021 issue of American Police Beat magazine.
Don’t miss out on another issue today! Click below: