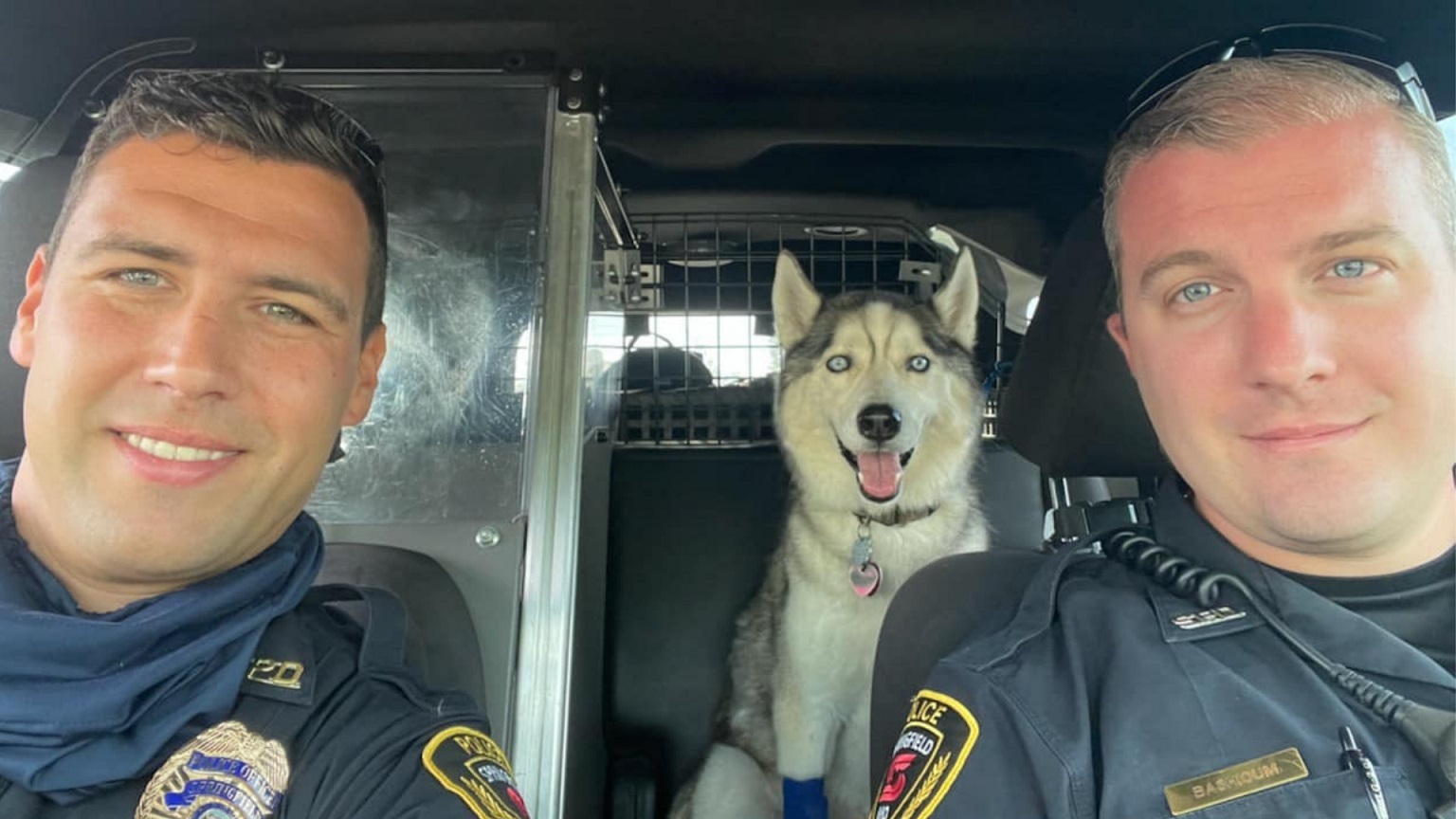 Springfield police officers rescued a dog from a hot car and cared for it after its owner was shot and killed outside a local Walmart Neighborhood Market earlier this month.

The dog’s owner, identified as Tanner Stichkaby by KY3 Springfield, was fatally shot outside a local Walmart for unknown reasons. The suspect, Robert Weiser, 45, has been detained at the Green County Jail on suspicion of second-degree murder.

According to a Springfield Police Department Facebook post, police received a call after an hour and a half into the investigation that the owner’s dog, a husky named Zeke, was still in the victim’s car.

Officers found the door was unlocked and removed Zeke from the hot car before transporting him to a local veterinarian. Police say that Officer Victoria Myers kept Zeke company before he was admitted overnight at the hospital.

At the vet, a good Samaritan even donated $100 dollars for Zeke’s care.

The next morning, Officers Adamson and Bashioum picked Zeke up and took him to his regular vet to be reunited with his family. Officers said that Zeke was “doing well.”

KY3 spoke to one man who shops at that Neighborhood Walmart frequently and is shocked it happened so close to home.

KY3 interviewed a local resident about the shooting. ”This neighborhood’s always been safe,” he said. “At night me and my kids go on a night walk. We’ll come up here. I’ll let them get snacks or we’ll go to the laundromat and then come across here and go to Dollar Tree as well. It’s never been no problem like this so that’s why I feel comfortable walking at night with them as well.”