As a former police officer, Franciscan friar and current police psychotherapist, I would like to share my present-day personal story as a first responder and trauma clinician. I was born into a law enforcement family and followed in their footsteps. In 1975, I was hired as a police officer for the Port Authority of New York and New Jersey. At the time, the country was recovering from the Vietnam War, which had caused widespread unrest throughout much of the nation. However, being a cop was still a very honorable profession. Upon graduating from the police academy, I was assigned to LaGuardia Airport in Jackson Heights, Queens. On the evening of December 29, 1975, a bomb exploded in the Central Terminal Building in the airport, killing 11 people and injuring a great number of others. This was recognized as the first act of homeland terrorism our country ever experienced. The sight of blood pools accumulating on the floor around me, and the wooden caskets piled one on top of another left me feeling uneasy. Today, in retrospect, I believe that what I went through was a form of post-traumatic stress (PTS).

Eventually, PTS was brought to the forefront of the mental health field by the unusually high numbers of returning Vietnam veterans coming home with war-related psychological issues. Following the LaGuardia bombing incident, and perhaps because of it, I began to feel lost and struggled with the uncertainty about my career in law enforcement. After much introspection, I left the department and joined the Franciscan Friars, a Catholic religious order in New York City, with the hope of one day returning as a police chaplain. Coincidently, this is the same order of priests and brothers to which Father Mychal Judge, chaplain of the Fire Department of New York, belonged. Father Judge was killed on September 11, 2001, and was listed as the No. 1 death that day by the New York City coroner.

It affects me terribly to know that so many officers and first responders suffer silently and alone with the demons of trauma brought on by their work.

It was September 1991 when I first met with the president of the Port Authority Police Benevolent Association. We discussed developing a union-based stress management program for the membership. The officers accepted and approved the program, making it one of the first of its kind created in the country for law enforcement. It took time for the program to be trusted and recognized by the union members. However, utilization increased once they recognized its worth.

A decade later, on September 11, 2001, terrorists attacked our country. The Port Authority’s World Trade Center and the U.S. Pentagon were severely damaged. From that day forward, my life changed dramatically and took on new meaning. Our department lost 37 officers, the largest loss in the history of law enforcement. Having personally witnessed the second plane crashing into WTC 2, I knew this was a critical situation and that our world was about to undergo a profound transformation. I was overcome with dread and worry. I knew numerous individuals who worked in those buildings. I contacted the PBA office immediately and asked the union president what he would like me to do. His recommendation was to wait until everyone determined the next course of action. After several hours, I decided to reach ground zero. Driving toward the city was nearly impossible. Frustrated, I identified myself to an emergency vehicle driver, who then escorted me to the Lincoln Tunnel’s police desk. I ran into a couple of officers I knew who were part of the building evacuation and rescue. They were covered with dust and debris from head to toe. My first impression was that they all had blank stares and resembled ghosts from a horror movie. Immediately, a police car drove me to our command center on North Moore Street, a few blocks from where the World Trade Center once stood. As I entered the gymnasium where everyone was gathered, I heard several supervisors say, “Pete’s here,” as if I was going to fix the problem. They wanted me to speak with each officer, one after another. I felt helpless because I did not know what to say. I then thought to myself that the only way I could be effective here would be to focus on being present for each person I spoke to at that time and not feel responsible for everyone in that room. I was overwhelmed with fear, having never experienced a disaster of this magnitude, knowing they all wanted me to make it better. At the time, it was apparent no one knew who had died or where our folks were. Like most people, we assumed that many of the first responders were taken to hospitals, only to find out much later that the hospital emergency departments remained empty. As the night progressed, my work seemed endless and at times overwhelming, leaving me with a helpless feeling.

Weeks passed, and after attending numerous memorial services, many of which featured empty caskets, I realized that none of it made sense. When asked by people to describe what that experience was like for me, I likened it to the closing scene of Schindler’s List, when Oskar Schindler regretfully commented, “I never felt as though I did enough to save more people.” As time went on and my work continued, officers and their families would ask how I was doing, and I would simply respond, “I’m doing fine.” However, on the inside, I was falling apart due to the repeated exposure to the vicarious trauma and burnout from my work. My belief was that I needed to be strong and never show any signs of weakness. I had the responsibility to be present and care for everyone. The stigma of being perceived as incapable of doing my job was unacceptable to me and all-consuming.

Personally, my role as a stress therapist for police officers and other first responders has been overshadowed by the fear of stigma for years. I was affected by the trauma and eventually diagnosed with PTS. Only years after this diagnosis did I realize I was not alone. It took a great deal of time and willingness for me to accept and recognize that I needed help and to take care of myself to be effective in my work with assisting others. It affects me terribly to know that so many officers and first responders suffer silently and alone with the demons of trauma brought on by their work. Much of the time, being a cop can be stressful, challenging and demanding. Despite responding to critical incidents daily, officers must continue to do their jobs, often without realizing the toll it takes on their physical and mental health.

I had the responsibility to be present and care for everyone. The stigma of being perceived as incapable of doing my job was unacceptable to me and all-consuming.

It has now been 21 years since 9/11, and I do not see much improvement or change in the current state of societal affairs. Police work has evolved significantly, and not for the better, with the threat of harm to the officer increasing exponentially. Respect for the profession has all but vanished. However, I believe that eventually the pendulum will swing back once the public recognizes the importance and need for law enforcement in keeping our communities safe. Although, I think this may take some time.

Recently, an officer shared the following comment with me: “I know why I became a cop. I love my work, and I still want to make a difference.” Hearing this leaves me with a profound sense of pride and hope that the fervor and love of the work will always be what motivates people to enter the profession. The past 37 years have been a fascinating journey for me, from when I became a police officer to my present role as a police counselor, both of which have afforded me a wonderful and fulfilling career. I have been fortunate to have worked with many extraordinary people throughout my time in the field, and hope that I have helped officers to improve their lives and feel better about themselves.

In closing, I believe anyone who chooses to enter law enforcement today should know they are entering a noble profession that can change the world for the better — so be proud of who you are and all that you represent! 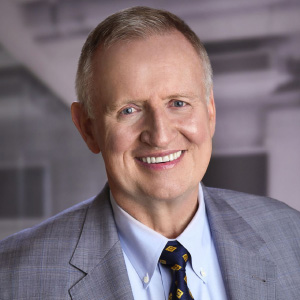 Dr. Peter Killeen is a former police officer and is presently the police stress counselor for the Port Authority of New York and New Jersey Police unions. He lectures and presents in police academies around the country on officer wellness and resilience, and is author of the Operation Longevity book series dealing with police resilience, wellness and personal survival. Learn more at operationlongevity.com.