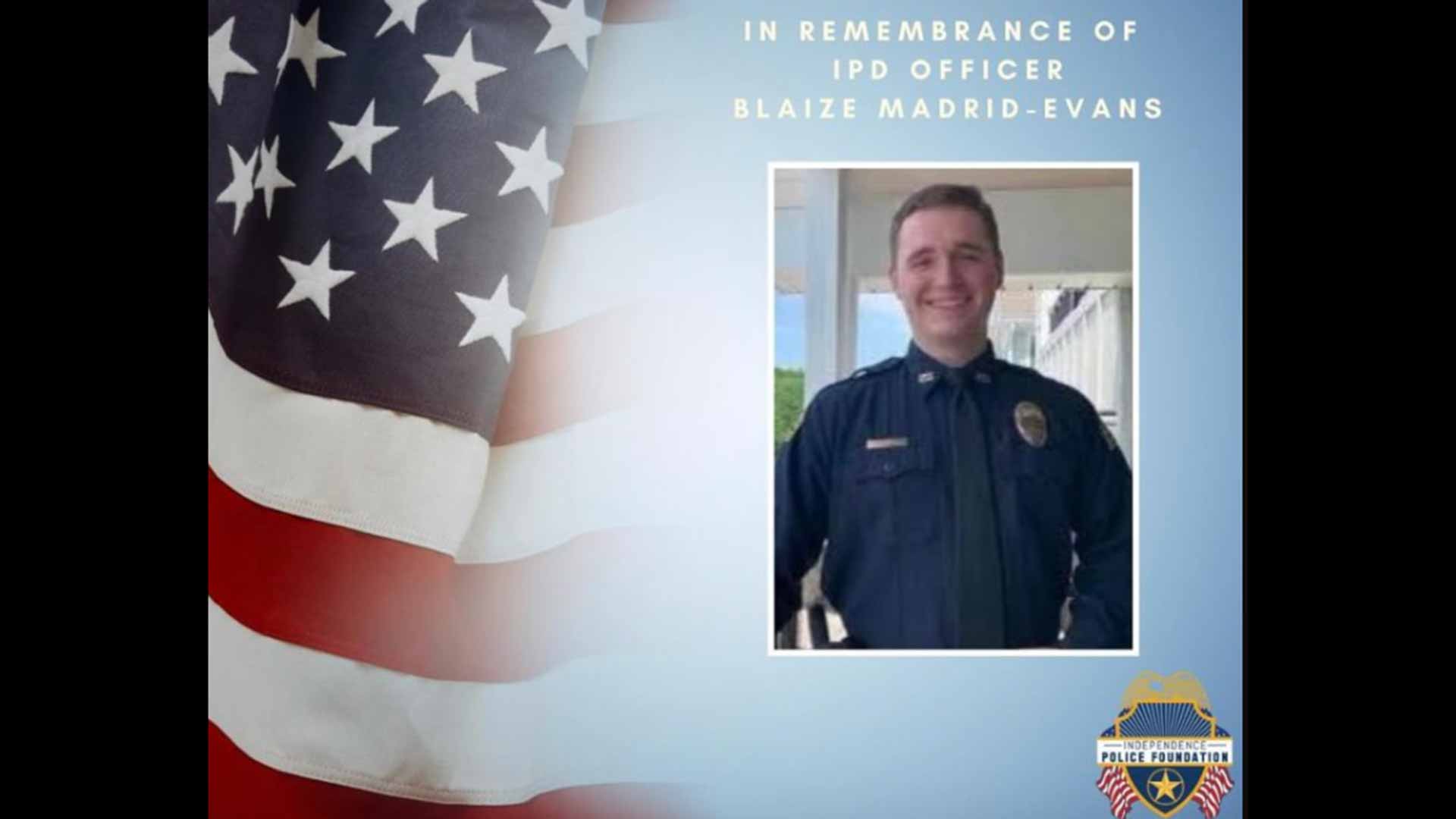 A rookie police officer with the Independence Police Department (IPD) in Missouri was fatally shot responding to a call just months after graduating from the police academy.

Officer Blaize Madrid-Evans, 22, began his law enforcement career with the agency on Jan. 4 and graduated from the Kansas City Regional Police Academy on July 8, the IPD said.

According to authorities, Madrid-Evans was training with the department’s Field Training Officer program when he responded to a call about a suspect wanted for burglary and theft charges.

He and another officer approached an Independence residence around 11:30 a.m. and encountered the suspect, later identified as Cody L. Harrison, 33, of Gladstone, Missouri by the Missouri State Highway Patrol, who fired a handgun at the officers and struck Madrid-Evans.

The rookie police officer sustained critical injuries and later died in the hospital. Harrison was also shot and killed at the scene by the other responding officer.

“It is with heavy hearts that we announce that this evening, Officer Blaize Madrid-Evans succumbed to his injuries and passed away,” the IPD said in a statement.

“Every day the officers of the Independence Police Department put their lives on the line to protect the citizens of our community,” she said. “We are ever hopeful that their daily interactions with the public will be peaceful so that they might return home to their families safely at the end of their shift. Today, that was not the case. At this time, our thoughts are with the officer, their family and the Independence Police Department.”

Following the shooting, a handful of Missouri law enforcement agencies and community members rallied to express their condolences.

The Kansas City Police Department wrote on Facebook, “Our sincerest condolences go out to our brothers and sisters of the Independence Police Department and to the family of the Officer who made the ultimate sacrifice. Words cannot express how sorry we are for your loss. We will continue to keep you all in our thoughts and prayers.”

Pleasant Valley police also had kind words to share with the community about the tragedy.

“We are saddened to have to pass this update to you. We stand with this officer, his family and IPD and offer our deepest condolences and support during this time,” the department wrote.

Missouri Gov. Mike Parson took the opportunity to support the men and women in blue.

“If there was ever a time to stand up for law enforcement, now is the time. They remain the front-line response for Missourians, and we must support them and give them the respect they deserve,” Parson wrote in a Facebook post.