I train a lot of firearm instructors from all over the country, and it’s given me the opportunity to listen to officers discuss the problems they face in different regions and states. The good news is everyone in law enforcement is experiencing the same kind of problems. The bad news is everyone is experiencing the same kind of problems. From my perspective, I believe the problems stem from a lack of leadership in law enforcement that has resulted in many officers losing a sense of pride in our profession.

I’ve told this story multiple times over the years, but it seems like this is something I’ve been talking about a lot lately. In 2015, I was teaching a class in Las Vegas when I overheard a comment that has stuck with me. We had finished picking up the range after class, and I approached a group of officers preparing their gear to use on the same range. They were standing around talking, loading magazines and taking care of all the logistical details needed before the evening’s range session. Just being friendly, I asked one of the more veteran (i.e., older) guys if they were qualifying or if they were at the range to do some type of firearms training. He responded, “We’re just patrol officers doing our quarterly qualifications.” I’m not sure he meant it to sound the way it came out, but his answer struck me as being denigrating, cynical and lacking any measurable pride in his profession.

It’s time to re-evaluate why we do what we do and how we view ourselves.

“We’re just patrol officers.” He said it as if he were ashamed of his career and his position. There was no pride in his voice, no excitement for being on the range with the opportunity to shoot other people’s ammunition and no enjoyment in the time he was spending with his co-workers. This officer was older and, other than this comment, carried himself as if he were a leader or supervisor of the group. I told him no one is “just” a patrol officer. Uniformed patrol officers are the whole reason law enforcement exists. Uniformed officers operating marked patrol vehicles are the cornerstone of everything we do in this righteous profession. His response was equally as striking as his initial statement: “It’s just the way we’re treated.”

It may have been the media, community or a group of social justice warriors, but I think this was who our more experienced gentleman was talking about when he said, “It’s just the way we’re treated.” Now you know where I’m going with this article. This group is the elephant in the room that officers talk about in the field, but no one wants to address publicly. If you’re a member of the department command staff, remember, the folks in the field who are working their tails off every day, every night, every holiday, every child’s birthday and every anniversary are the future leaders and trainers of your department. They are the servants and protectors of our communities. They are the ones making traffic stops, responding to domestics, interacting with business owners, helping our children when they get lost and are the first to every crime scene.

Uniformed officers make more public contacts in one day than command staff make in a month. Voters remember these officers when you ask for money to hire more officers, get better equipment and construct new buildings. They are the ones being constantly berated by the media and are the focus of daily anti-law-enforcement sentiment. They face mandatory overtime shifts, work short-staffed to cover calls and respond to emergencies while you maintain a mostly normal schedule. And they feel that many of you have abandoned them.

Take ownership in your officers and get them what they need to be successful. Officers are looking at you for leadership and direction. Be proud of our profession instead of getting on the anti-law-enforcement bandwagon. We all know politics rules the roost and special interest groups are going to take up your time. However, if politics and special interest groups appear to be more important than our uniformed officers, how do you think they feel about their role in your department?

Whether you hold an official title like corporal or sergeant is irrelevant. Being a police officer means you are expected to be a leader. Our communities demand it, and you signed up for those expectations, so step up to the plate and lead. I don’t know if the guy on the range was a supervisor or not, and it doesn’t matter. Regardless of official rank or title, he was the most experienced person in the group and should have taken a leadership and mentoring role for the young officers around him. His response minimized his contributions to our profession and to his community. Worse yet, his statement took away from the important work those young officers do every day on the road.

Supervisors should treat patrol officers as if they are the single most important group in our departments. Sergeants should advocate for their officers as much as they advocate for their agency. In my career, more than once, I raised the ire of my bosses by strongly advocating for my officers. However, this doesn’t mean poor performance is tolerated. In fact, poor performance and bad behavior cannot be tolerated and should be addressed immediately. No matter what your department’s mission, vision and values say, it’s not what you preach, it’s what you tolerate that determines your standards. If subpar performance and behavior are tolerated and no one is held accountable, the poor performance becomes the new standard. Leaders must enforce standards.

As leaders, supervisors should seek training opportunities for officers and provide officers leadership and mentorship opportunities to prepare them to be instructors and supervisors later in their careers. Listen, sarge: If patrol officers are feeling like they get the short end of the stick when it comes to these opportunities, then I blame you. Be proud of your officers and get them what they need to be successful. You won’t be able to get them everything, but it shouldn’t prevent you from trying.

If you’re a uniformed officer and felt like you were off the hook, you’re going to be seriously disappointed. Unless you demand excellent leadership from yourself and your peers, you are becoming part of the problem. We need to demand more from ourselves by having an expectation of lateral leadership as well as leadership up the chain of command. This needs to occur at the department level to have a long-lasting effect, but we can start by demanding this of ourselves and each other.

Look at the progression of law enforcement managers and you will quickly realize this is where most problems begin. This is where nearly all command staff begin their career. Do you think these managers started off believing the best way to move up the chain of command would be to fail as leaders and jump on the political flavor of the day? I’m willing to bet they began their careers wanting the same things as the rest of us. They wanted to help people, make their communities safer and arrest bad guys. If there was an expectation of leadership from the first days of their careers, I’m willing to bet we would have different command staff leading a lot of our law enforcement agencies. So if you’re constantly looking up the chain of command and complaining about leadership qualities, look in the mirror and around the briefing room table at where the problem first started.

Today, police officers are under more scrutiny in the media and social media and by politicians than at any point in history. With this environment surrounding our profession, it’s time to re-evaluate why we do what we do and how we view ourselves. Uniformed patrol officers are the reason our communities can sleep safely and comfortably believing their families are safe. Wearing the badge should be one of the greatest honors of your life. You have sworn to serve and protect, and now you bear the weight of that promise. Be proud of your work. Hold your head high and be the leader you want representing our honorable profession. 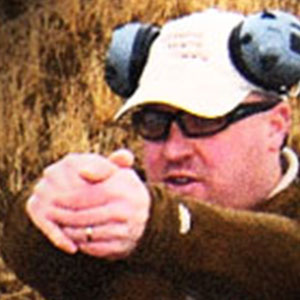