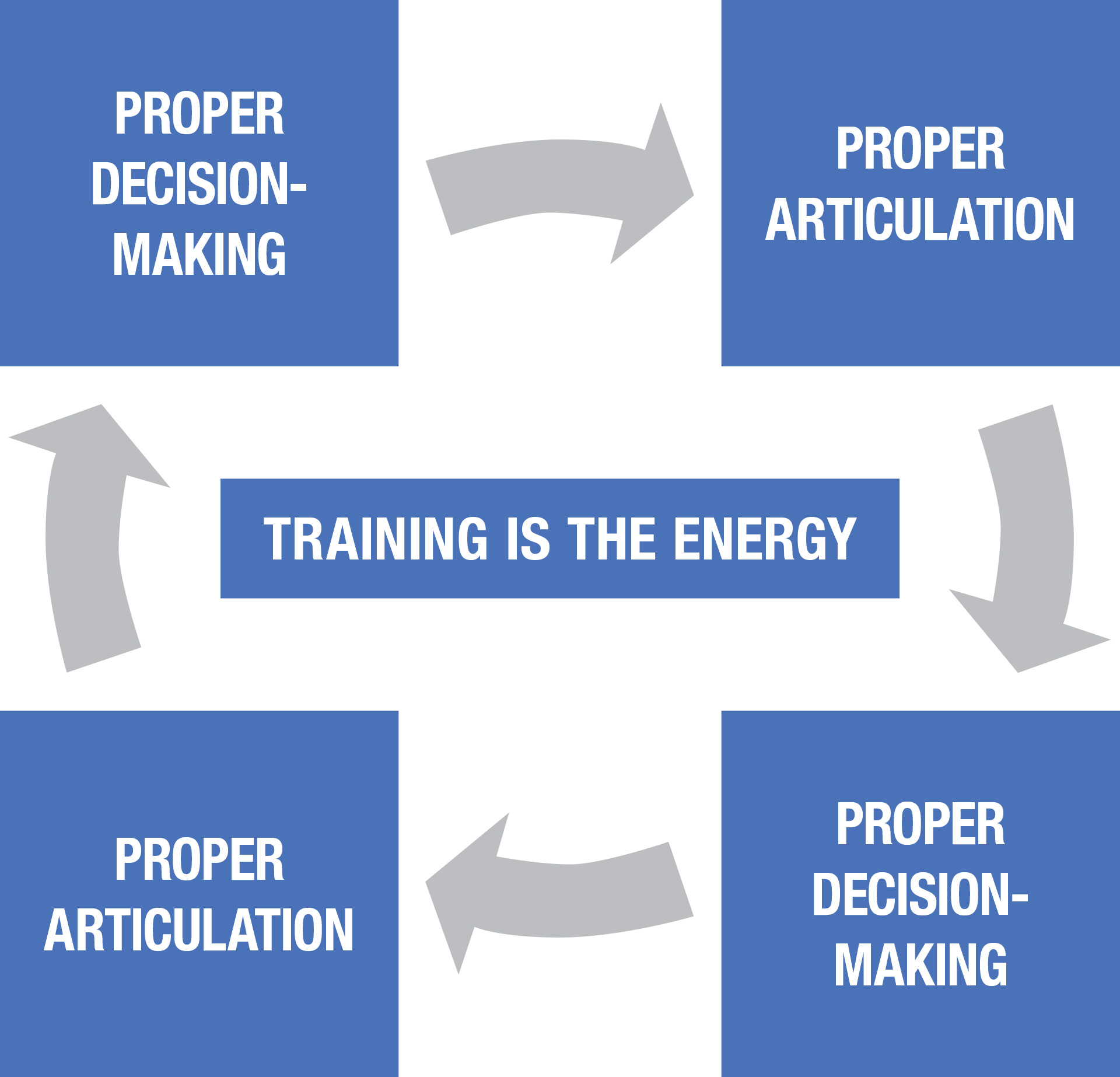 Located between the Arno and Serchio rivers in Tuscany, central Italy, is a white marble bell tower. Construction began in 1173, and plans called for the bell tower to reach eight stories in height. After the construction of the first three stories, I imagine the chief engineer stood back, took a hard look at the growing tower and thought to himself, “Hmm, sono solo io, o questo cucciolo sta iniziando a magra?” (Translation: “Hmm, is it just me, or is this puppy starting to lean?”)

Then, I suspect, a construction laborer walked up next to the chief engineer, hesitated for a few seconds and said, “Beh, odio dire che te l’avevo detto, ma…”. (Translation: “Well, I hate to say I told you so, but…”)

Officially completed almost 200 years later in 1370, the Leaning Tower of Pisa continued to slowly tip over. In fact, by 1990, it was leaning 5.5 degrees (or approximately 15 feet) from the perpendicular — the most extreme angle yet. That year, the monument was closed and the bells removed so engineers could begin extensive work to stabilize the tower.

What that chief engineer learned when he first observed the leaning of the tower was a construction term called “difetti compositive,” or, in the English translation, “compounding defects.” In other words, if the dirt under the foundation is not perfect, the rest of the structure as you move upward will increasingly fail. The dirt is, in essence, the first building block.

The dirt under the foundation of the Leaning Tower of Pisa was abysmal, and that’s being kind. The dirt that was meant to support the entire weight of the structure was composed of clay, sand and seashells. No wonder it began its slow descent toward falling over. 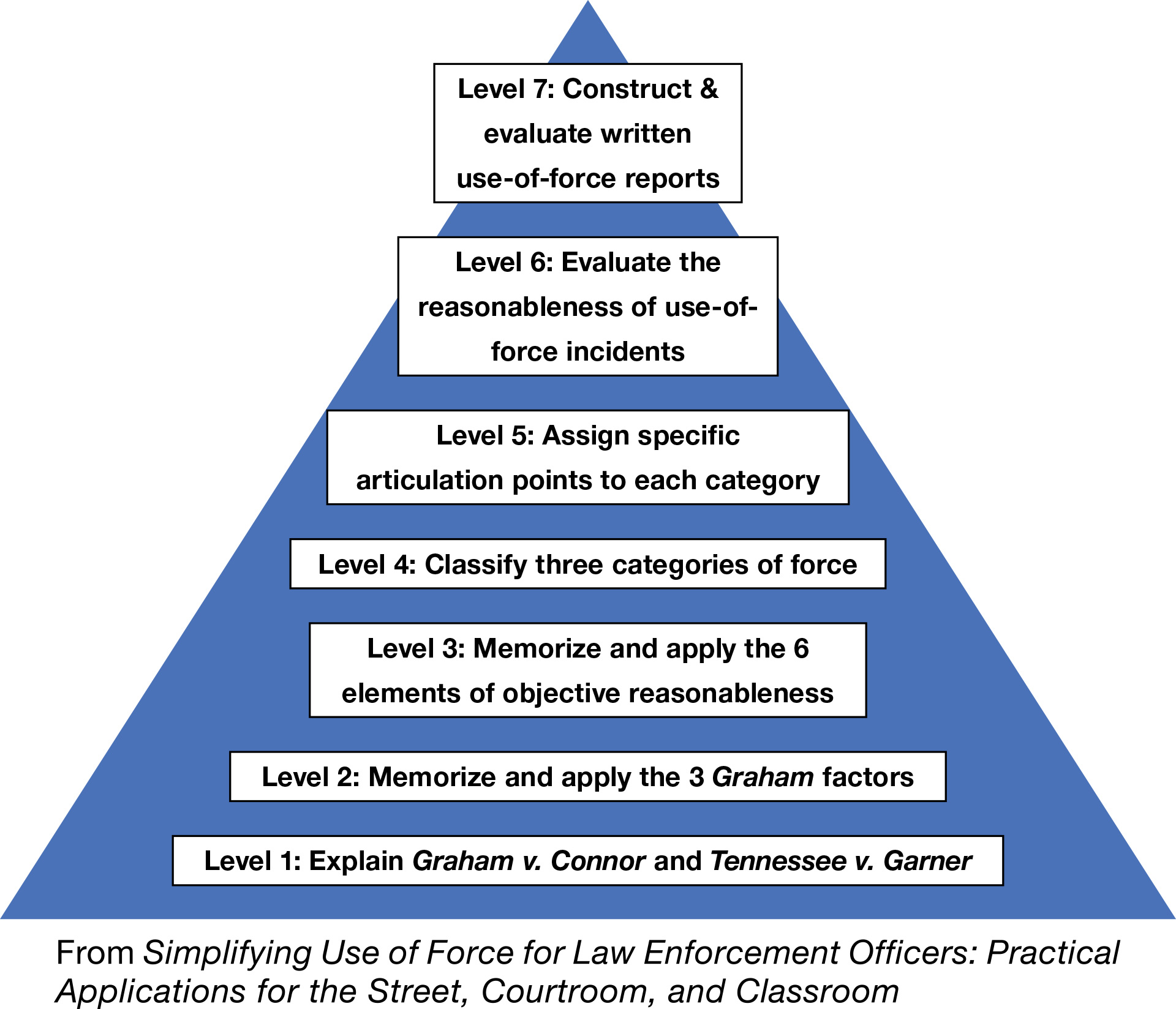 Second, an officer must be competent in properly articulating their force event after the fact, both in written reports and verbal articulation.

A third reason why these two outcomes are most important involves the duty of an officer to intervene in an unreasonable force event. The better trained an officer is at properly evaluating the reasonableness of force events, the quicker that officer can recognize the problem and intervene if necessary.

Ultimately, the better an officer becomes at articulating in support of a force event, the better they become at making proper force decisions. But it takes training on a consistent basis to develop officers into knowledgeable and skilled use-of-force evaluators. Additionally, use-of-force training should be developed and delivered foundationally.

Years ago, I developed a use-of-force training model that has turned officers into successful use-of-force evaluators. I based these levels on Bloom’s taxonomy of learning. Bloom’s taxonomy is a hierarchical model that places learning objectives into varying levels of complexity, from basic knowledge and comprehension to advanced evaluation and creation.

Here is that use-of-force model:

While use-of-force or response-to-resistance training isn’t a perfect science, there are ways we can train that can dramatically build the decision-making and articulation skills of officers. The benefits of such training can be felt by officers, their agencies and the communities they serve. Ultimately, the benefit of properly preparing the dirt under the foundation of your use-of-force training program can be felt out on the street, where it counts the most.

Don McCrea is president of Premier Police Training and has 35 years of law enforcement experience. He specializes in non-escalation, de-escalation, search and seizure, and use of force. Don is a nationally and internationally certified instructor and has an IADLEST nationally certified course, “Confident Non-Escalation: This Is Where De-Escalation Training Begins.” He currently serves as academic program coordinator for a four-year law enforcement degree program at South Dakota State University and provides consulting and training services for law enforcement agencies, the U.S. DOJ, COPS Office and CRI-TAC. Don has also had a long and happy relationship with dirt, from playing in it with his Tonka trucks as a kid to training use-of-force concepts today. He can be contacted through PremierPoliceTraining.com or reached by email at don@premierpolicetraining.com. 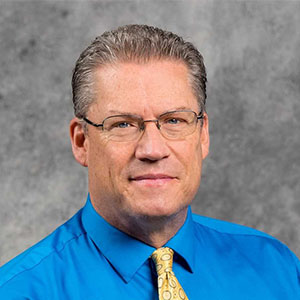